Albert Einstein was a renowned physicist who earned fame for his brilliant work on Theory of Relativity and the concept of mass-energy equivalence. He not only exercised the authority over concepts of physics but also had intellectual opinions on politics, society and academic projects. Albert Einstein was nothing less than a celebrity in those times and his opinions were respected and acknowledged by civil society, and intelligentsia. 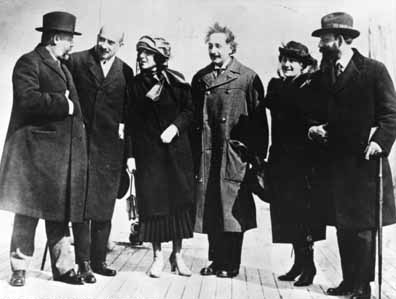 Einstein was a true believer of liberalism and always vowed for freedom and liberty of people. Einstein’s work for Jewish people’s freedom from atrocities and racism in Nazi Germany is laudable. Being a Jew himself, Albert Einstein raised voice for the rights of Jewish people and worked extensively for Jewish people. Initially, he was against the demand of separate Jewish state, though, he wanted the separate homeland for Jews and expected the Arabs and Jews to co-exist but afterwards changed his view in favor of separate Jewish state. 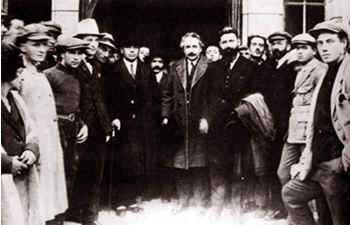 It was because of his brilliant pieces of writings against Germany for persecution of Jews and extensive work for Jews liberty that he was drawn close to Jewish people. Albert Einstein handed over all his original writings to Hebrew University of Jerusalem so that Jewish students could be enlightened with knowledge. He wrote letters to head of states of various countries to gather support for the separate homeland for the Jewish people. In return of his endless work for Jewish people, Albert Einstein was offered to be Israel’s second President. After the death of Israel’s first president, Chaim Weizmann in 1952, the top authorities of Israel and US especially the Prime Minister of Israel Ben Gurion approached Albert Einstein to offer him the post of President of Israel. Einstein, though overwhelmed, humbly rejected the offer because he thought himself incapable of dealing with the public directly. Einstein asserted that he lacks the required experience and skill to be president of a nation that has a bright future ahead. He said he shall always be there to support and promote the Israel in every manner he could. 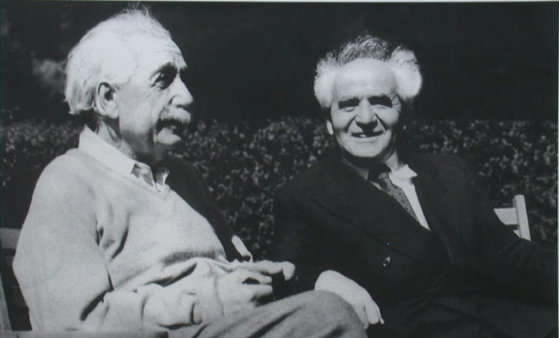 We have gathered the historical letter in which Einstein was officially offered to be the President of Israel. The letter is followed by the historic letter of Einstein which he wrote in reply to the letter offering the presidency of Israel.

The bearer of this letter is Mr. David Goitein of Jerusalem who is now serving as Minister at our Embassy in Washington. He is bringing you the question which Prime Minister Ben Gurion asked me to convey to you, namely, whether you would accept the Presidency of Israel if it were offered you by a vote of the Knesset. Acceptance would entail moving to Israel and taking its citizenship. The Prime Minister assures me that in such circumstances complete facility and freedom to pursue your great scientific work would be afforded by a government and people who are fully conscious of the supreme significance of your labors.

Mr. Goitein will be able to give you any information that you may desire on the implications of the Prime Minister’s question.

Whatever your inclination or decision may be, I should be deeply grateful for an opportunity to speak with you again within the next day or two at any place convenient for you. I understand the anxieties and doubts which you expressed to me this evening. On the other hand, whatever your answer, I am anxious for you to feel that the Prime Minister’s question embodies the deepest respect which the Jewish people can repose in any of its sons. To this element of personal regard, we add the sentiment that Israel is a small State in its physical dimensions, but can rise to the level of greatness in the measure that it exemplifies the most elevated spiritual and intellectual traditions which the Jewish people has established through its best minds and hearts both in antiquity and in modern times. Our first President, as you know, taught us to see our destiny in these great perspectives, as you yourself have often exhorted us to do.

Therefore, whatever your response to this question, I hope that you will think generously of those who have asked it, and will commend the high purposes and motives which prompted them to think of you at this solemn hour in our people’s history.

Albert Einstein on Decision to Not Accept Presidency Offer:

“I am deeply moved by the offer from our State of Israel [to serve as President], and at once saddened and ashamed that I cannot accept it. All my life I have dealt with objective matters, hence I lack both the natural aptitude and the experience to deal properly with people and to exercise official functions. For these reasons alone I should be unsuited to fulfill the duties of that high office, even if advancing age was not making increasing inroads on my strength. I am the more distressed over these circumstances because my relationship to the Jewish people has become my strongest human bond, ever since I became fully aware of our precarious situation among the nations of the world.”

These 23 Animals Will Teach You How To Do Yoga
Zarb-i-Azb: Five suspected militants killed in NWA airstrikes
To Top