Tik Tok has become even more popular than it was since the quarantine began. Teens have become deadly addicted to social media during these times. Not that this was not the case earlier, but, the utter boredom has given further rise to this addiction. What’s with the Tik Tok craze though?

People have continued to be addicted to Facebook, Instagram, and Snapchat for the longest time. However, Tik Tok has now become the topmost addictive app for the youth. Many have made this their side career even. 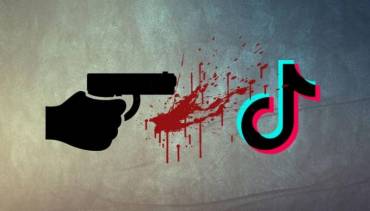 This Tik Tok craze has not only led to accidents taking place. It has also taken the lives of many teenagers. Just today, a 17-year-old boy is reported to have accidentally shot himself while making a Tik Tok video. The incident took place in Sikander Goth, Karachi.

On Sunday morning, according to the police, the deceased was making a video in his room when the incident happened. The teenager identified as Tanveer lost his life while recording a video.

Is this how worthless and insignificant life has become? This app was only meant for harmless fun but has become more of a plague.

The 17-year-old Tanveer was making a video using a weapon. The police have reportedly said that the pistol he was using had bullets in its chamber. Allegedly, the pistol was licensed and belonged to Tanveer’s father.

According to the police, the deceased’s family had just recently settled in Karachi from Punjab. His uncle has told in his statement that Tanveer went to his room to change his clothes for work. And just half an hour later, his younger brother came running, telling his parents that Tanveer was unconscious.

These stupid trends on Tik Tok have put the lives of teenagers in complete danger. This is not the first time that someone has lost his life because of it. There are numerous incidents that have taken place till now which are even more disturbing.

In addition, it is to be noted that this teenager lost his life accidentally. Whereas there are so many cases where people commit suicide and record them for Tik Tok. There are dozens of videos where the tragic users of Tik Tok take their own lives for the world to see. 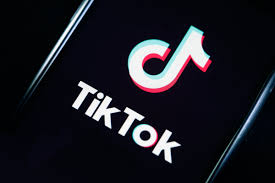 What’s more disturbing is that the addiction is so severe that many users kill themselves after getting banned from using the app. An app that sells itself as a platform for hilarious viral memes has more of a dark side to it.

The addictive nature of Tik Tok has taken the lives of hundreds of people up till now. Shouldn’t there be some sort of restrictions set on the criteria of a video? The body of the 17-year-old boy has been moved to a hospital for a medico-legal process. Let’s just hope that the youth learns some lessons from this deeply saddening incident.