Two Young PIA Air-Hostesses Get Into Trouble After Making Tik-Tok Videos In An Airplane|Parhlo.com 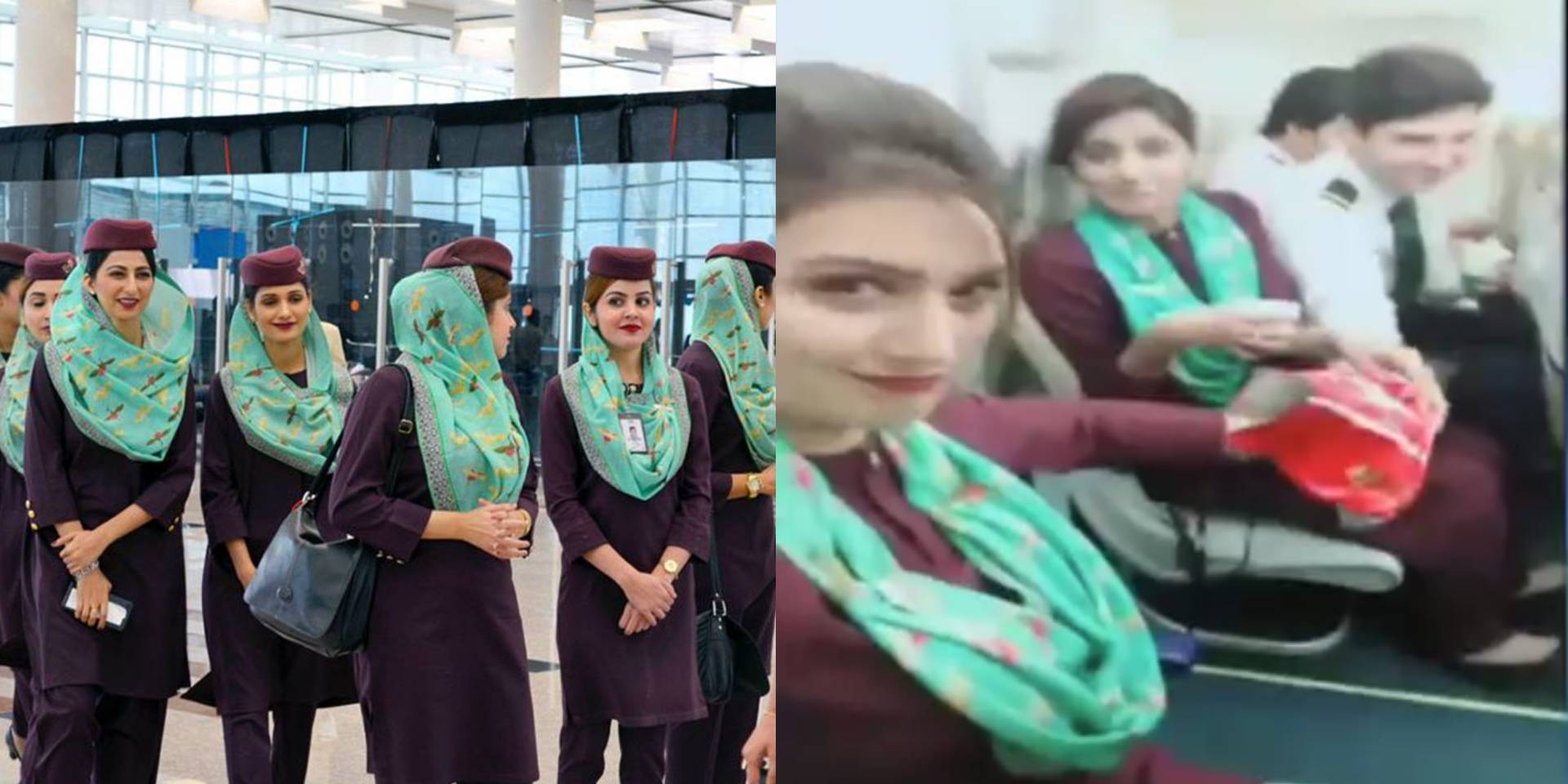 Tik Tok is one of the apps of this era that caught instant fame and its users are growing every day. It’s mostly popular among youngsters. But you would most likely find people of all ages there. Scrolling through the Tik Tok feed is the most entertaining social media activity after watching memes. People have become proper celebrities through this app.

Even some gangsters like Zafar Supari turned into celebrities making videos on Tik Tok. However, it got three PIA cabin crew in trouble recently. Two air hostesses and one steward.

But how? I mean what could have they done to get themselves in hot water?

We least expect anyone to get trouble for making a video and sharing it on Tik Tok, right? So to find that out, lets watch the video.

Ok, let’s admit it. They look pretty innocent and cute while sharing their moment of friendship with the world and rocking their heads to the evergreen Pakistani ‘dosti’ song.

Does it look like a video that could get anyone in trouble? Isn’t it just like the other ones on the app? In a way it is, but in a way, it’s not.

As soon as the air hostess shared it, the video got viral and reached the management of PIA who immediately took notice. The staff got detained from international flights and is ordered to be inquired. A warning was also been issued to them.

Uh-Oh! They sure didn’t see that coming.

PIA has a rule of not allowing its staff to use their phones during the flight. So the fact that they were not just using their phone during an international flight but making Tik Tok in their uniforms with it totally heated the management.

This isn’t the only instance where the staff of a national Pakistani agency is grounded for making Tik Tok on duty. Previously one female ASF officer also got suspended for singing along a song in her Tik Tok video while being in her uniform. Moreover, two police officers also got suspension based on a similar reason. Looks like our authorities don’t really like people using TikTok on duty.

So, stay safe TikTok-ers! Not every place is suitable for you to shoot your Tik Tok videos. But if you use it the right way you can even make it your side career.

These 5 Breathtaking Waterfalls Of Balochistan Prove That It Is A Hidden Vacation Gem!
Mud Covered Pictures Of Mohammad Hafeez Have Become A New Source Of Entertainment!
To Top