This Disturbing Video Showing Domestic Abuse With A Women! 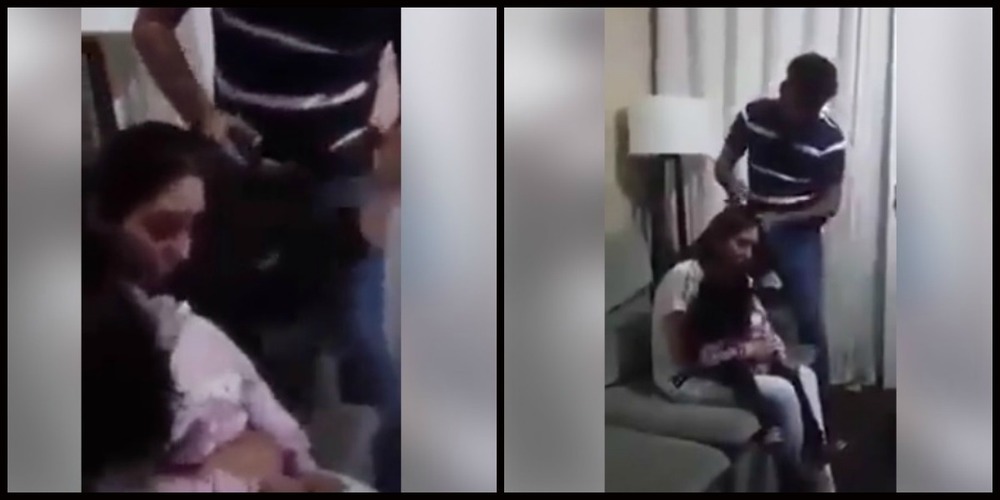 Domestic Abuse/Violence is a prevalent problem in the world, including Pakistan. With an estimate of about 70% to 90% of women having been through some sort of violence at the hands of their husbands in 2009 and the sad thing is, most of the cases aren’t even being reported!

Even with the severe punishments being talked about in the most dominant religions followed in South Asia, the male dominance is very thoroughly instilled in everything that the men in this region do. Research suggests that this behavior is not restricted to the under-developed or developing countries, but many of the developed countries have a high rate of domestic abuse.

A recent video has come into limelight showing a man abusing a woman (allegedly his wife), by cutting her hair in front of her child.

Apparently, this case happened in South America, however, no one can deny that it is a global issue.

These actions not only have an effect on the women but also have deep psychological impacts on the children as well. One should always try and report any type of abuse they witness anywhere to the relevant authorities so that people like these think twice before inflicting pain on others!

With increasing videos of women and transgenders being abused at the hands of our men, what would it take for the government to take actions against such incidents?

It’s not just South America, US or India, Pakistanis are also recording and sharing such disturbing videos. These videos are evidence enough that the men in this society are more instrumental in causing pain and suffering to a household and that women are, most of the times, falsely accused of being the cause of broken households!

It is incidents like these when we realize the importance of an effective legal consequence for such actions. Until and unless there is absolute assurance of tough consequences of such actions, our women will constantly be victimized at the hands of the men in our society and there will be no way for them to defend themselves. Not even the rule of law!

We hope that law enforcing agencies are able to find the perpetrator and put him to unadulterated justice!