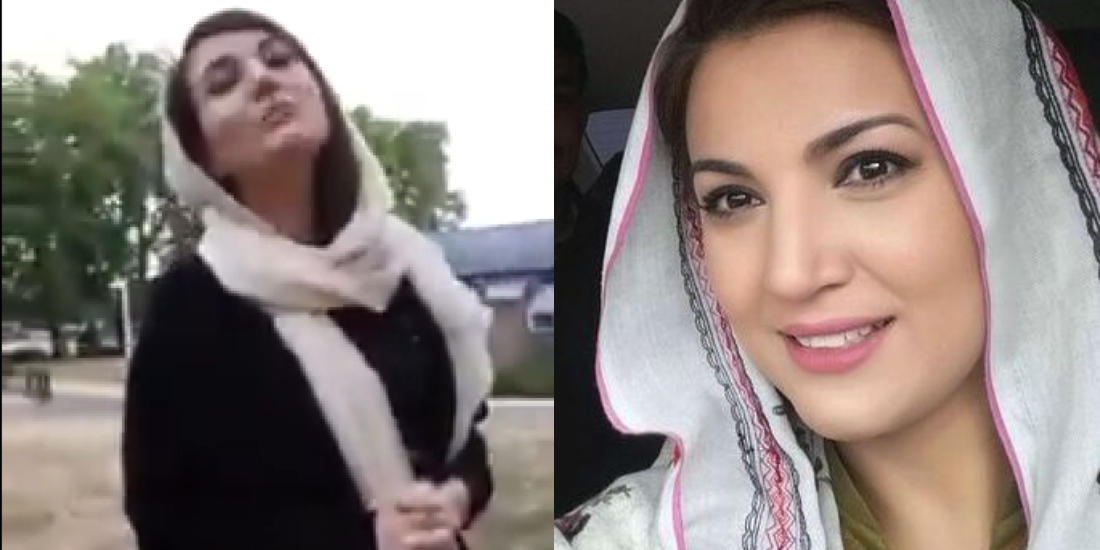 Reham Khan who actually claims to be a Pashtun is actually not a Pakistani national. Guess how? She was born in Libya and raised in the UK! Her Parents, however, are actually from Abbottabad and they have roots from Hunza. Reham flares her being a Pashtun and try to gain the followed system which IK did! Well, a few days back, she was accusing Imran Khan on how he used religion to gain voters and success. Lady! Wait. Umm… So, people wouldn’t know about many intricate things until it is not said out loud. She, too, is cashing out the Pashtoon thing. No?

Oh!! She’s cashing out on her second marriage as well. Her book’s content and Twitter feed are too full of IK! Imran Khan without giving much heed ended the marriage didn’t make much fuss about it. But Reham Khan, long after the marriage was ended, she still seems to be talking about how his political career is going down the drain and his personal life was made public. That too, through a BOOK! Well, where is the right to privacy?!

Leaving everything behind, some lady just got hold of Reham Khan and she was a bit too BADTAMEEZ with her and her son!

This lady actually wanted to “interview” Reham and get all the answers without giving Reham any chance to answer!

Well, what’s the difference between sane and insane then? If everyone starts being same as each other!

She tried to defame other women and IK and look at how she is getting the same treatment in return lol https://t.co/oY9aeoLRPB

Hounding ???? She was in the park with an Indian media crew to give an interview. Was asked questions about views and lies. She claims to be public figure and public have right to ask her questions at public place during public events. https://t.co/VV0ubMzqmy

What! Seriously? This is how we deal with criticism? WOAH!!

Fuck off you bitch. Did I talk about your sisters or mother ? How disgustingly filthy you are. Say one more word about family, I will rub you dry. Get lost https://t.co/GEBByB3EiY

Asking a question without giving the other person any chance to answer. Umm… what’s the point

Harassment ? She is public liar and member of public asking her a question about her public stance at a public place ….. absolutely correct thing https://t.co/brmUF3cn6r

Pffftt!! As long as she’s not hurting someone, let her do whatever she wants to do. She was allegedly giving an interview to Indian media. Well, her choice! Let her do. Cheers. 😉