This Tweep Explained the Love-Hate Relationship of India And Pakistan 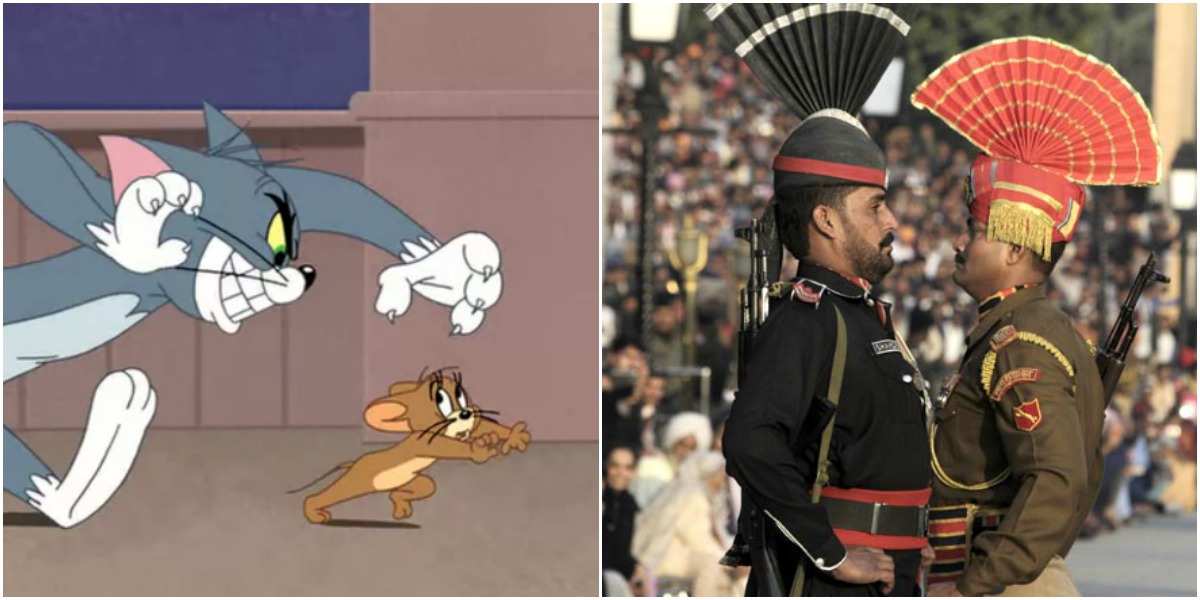 Remember all those time when you slept in the Pakistan Studies class because it was too boring? Same, man. We all wished for it to end as soon as possible. But this tweep might have just changed the way we see the history and India-Pakistan relation in the best way possible.

So here’s how this all started:

This is a story of Pakistan and India. pic.twitter.com/rlXr7eQAJP

Sorry neighbors, but you can’t deny this

Pakistan is smaller than India in size but more intelligent, attractive, loved by everyone except India, and ofcourse is very sexy. pic.twitter.com/qyzyb4Dntj

And this too! (Sorry, not sorry)

India on the other hand, is not so attractive, always angry, always try to attack Pakistan but big in size. pic.twitter.com/ehEM9S1I56

India is always trying to see what Pakistan is upto no matter what. pic.twitter.com/yjylDZUZsV

India always try too hard to get Pakistan but ends up getting a new lesson everytime. pic.twitter.com/kcVnbYC3TF

More like Pakistan and even better looking than India (ofcourse)!

This is Kashmir which looks more like Pakistan than India and may be thats the reason it is always attacked by India. pic.twitter.com/N558OwUbHb

You gotta believe us on this one, India

India thinks Pakistan is feeding Kashmir but reality is Kashmir is feeding itself. pic.twitter.com/hwvUTpz56N

And Pakistan is just trying to protect Kashmir from India. pic.twitter.com/PUCP2UG4ls

From Cricket Matches to war, nothing feels better than kicking India’s ass!

Pakistan and India both enjoy fighting more than any other thing. pic.twitter.com/tCnJH3KQxd

We wouldn’t go all ninja on you, no matter what Zaid Hamid may make us think (unless you mess with us first of course).

But India takes it too seriously sometimes

Other times India fools around with Pakistan. pic.twitter.com/B1FSxz5WX8

When India tries too hard

This is India trying to impress Afghanistan. pic.twitter.com/nbxE1nnytb

Little does it know

But Afghanistan is already in a complicated relationship with Pakistan. pic.twitter.com/vgQ4CId5eS

Be afraid. Be very afraid of our friendship with China, India!

India is a bit afraid of China which is a very good friend of Pakistan. pic.twitter.com/5stsC1j7Uq

It never works out as planned for India

Many times India get help from Israel and others to get Pakistan but nothing goes in favour of them. pic.twitter.com/3gZiw634IY

Because Pakistan is the King. pic.twitter.com/mBhKtEAyu9

On a serious note!

Pakistan and India both needs to learn from the history and should stop fighting for a better future. pic.twitter.com/agPplA0tkU

May be in future, Pakistan and India both can just chill and become good friends. pic.twitter.com/80RJwNfx2L

Share
Tweet
Share
Share
Email
Recent Posts
Trending Posts
Novel Coronavirus Awareness Message
Avoid touching your eyes, mouth and nose.
Avoid close contact with individuals that are sick.
Clean household objects that are frequently touched.
Wash your hands regularly for at least 20 seconds
Urdu
[QUIZ] – How Well Do You Know Your Partner?
Thank you Indians For All The Success You Gave To Pakistani Entertainers
To Top