This Traffic Warden From Karachi Did The Unexpected And Won Us Over!

If you happen to live in Karachi, then you must be extremely disturbed by the deteriorating condition of the infrastructure facilities in the city. The shambolic condition of roads, streets, and garbage lingering everywhere has disgusted you. Chances are, these factors are costing you in terms of wastage of time and money because every now and then you happen to get stuck in massive traffic jams while the broken roads continue to disintegrate your vehicle’s parts.

Before traveling to your destination or merely stepping out in the city, so many thoughts bombard your mind. Karachi’s deplorable condition has taken a toll on you and you simply cannot go without cursing the authorities for their negligence in attending and mending the defects. 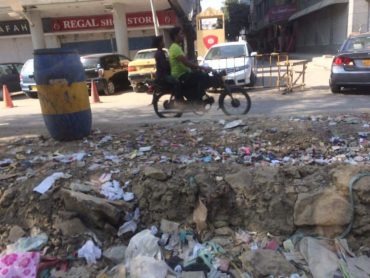 But have you ever considered for once the role you play as a citizen of Karachi? Surely, you live in the city and you own it. You sure have an individual responsibility that is supposed to go down for the best interest of your city. If you play your due part sincerely, then we appreciate your effort. But if you also remain ignorant to meeting your responsibilities then Karachi probably doesn’t deserve you as her citizen. But all in our people has not lost. We still have incredible people who continue to make a difference with their efforts.

We have many good points to pick up from this. First of all, this man realizes he has a responsibility to fulfill. Instead of playing the blame game, he is rather busy in making a difference by all means he could. He is out there, juggling his main objective of handling the mass traffic with clearing away the hazards from the road that could cause traffic congestion. 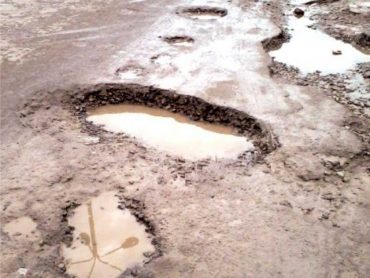 Think about the amazing example he is setting for our people. Imagine how many people would have been influenced by him and his remarkable gesture. We need people like him if we are to see a better society in Pakistan.

He was rewarded for his amazing gesture by IG Sindh!

IG Sindh took notice of him clearing the way for traffic and rewarded him with a cash prize of PKR 50,000 and a certificate. Gestures like these from the concerned department always serve as motivation for people who do good, and others who don’t. 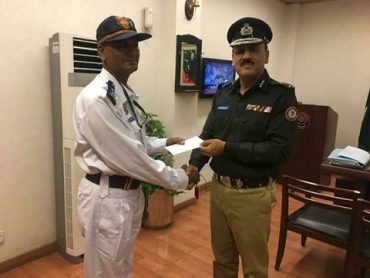 We urge the people who feel disturbed from the shambolic condition of our city to change their habits first. Charity begins at home. Start by throwing garbage in dumpsters, not roads. We need to fulfill the responsibilities we have as citizens of our respective cities. More power to this traffic policeman for making us understand an important lesson!