Shehbaz Sharif Has A "Saalid Comeback" After His Viral Video And Man He’s Savage! 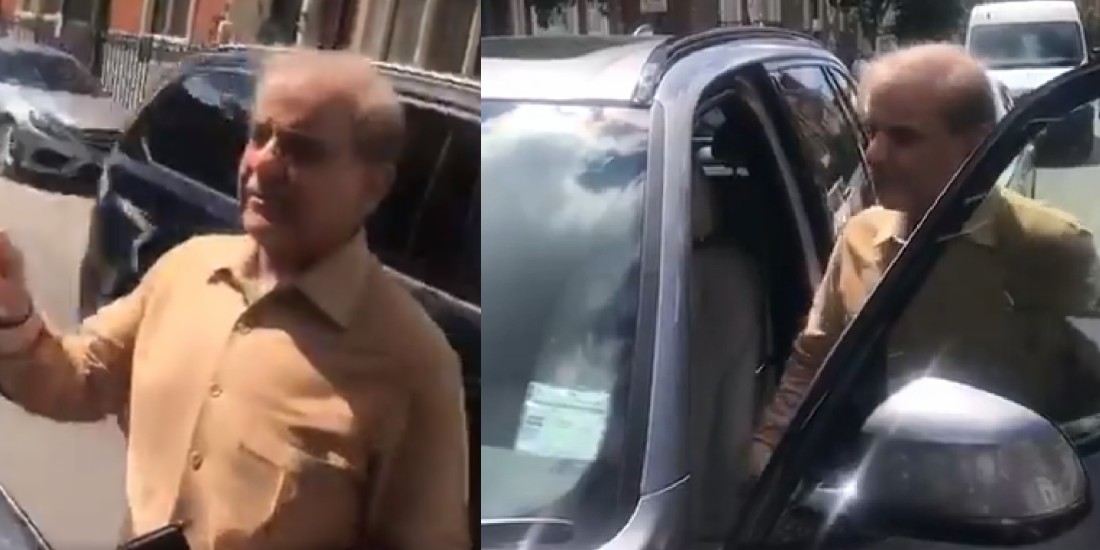 Shehbaz Sharif, the former chief minister, of Punjab and the current PML-N president, left for London on the very first day of Eid! Last week, when Nawaz Shareef and Maryam Nawaz planned to visit Kulsoom Nawaz and spend their Eid there, they were on board when they heard the news of Kulsoom Nawaz’s sudden cardiac arrest and was later shifted to a ventilator.

After which, Shehbaz Sharif along with his son Salman and wife reached London to inquire about Kulsoom’s health. So, just roaming around in London, Shehbaz Sharif was caught on camera while crossing the road without any protocol. He was running on the zebra crossing and people were shocked to see him without any guards!

Here’s the video that was making rounds on the internet

Shehbaz Sharif trying to cross a road in London

But since he’s a celebrity already, people were just legit favoring him! He needs to have a comeback as well. He said this time “Ab phir meri video bana k bhej dena”  OKAY SIRE!

People behind the camera were like, “Sir video bohat viral gae thi”

Make my London video again and viral it, @CMShehbaz to reporters pic.twitter.com/GPf20ttLoW

Reham Khan favored his video by saying “If this is real & not a look-a-like then there is a new level of respect for this man. What a normal thing to do! No badshahat clearly” Sooo, yeah! That’s about it. She seems to be impressed by his “No badshahat”. Umm… PML-N Agenda? LOL (pun-intended).

If this is real & not a lookalike then there is a new level of respect for this man. What a normal thing to do! No badshahat clearly pic.twitter.com/WTfNmwgxvM

PML-N, in this election, has been voted as the most favored political party to be. It was a much bigger surprise for those who didn’t like Sharif family doing much greater corruption. But what can we say?? The case here seems like who did worse than the other. So here, the Sharif family in people’s eyes have done less bad, so they are favored.

What do you people say? Let us know.