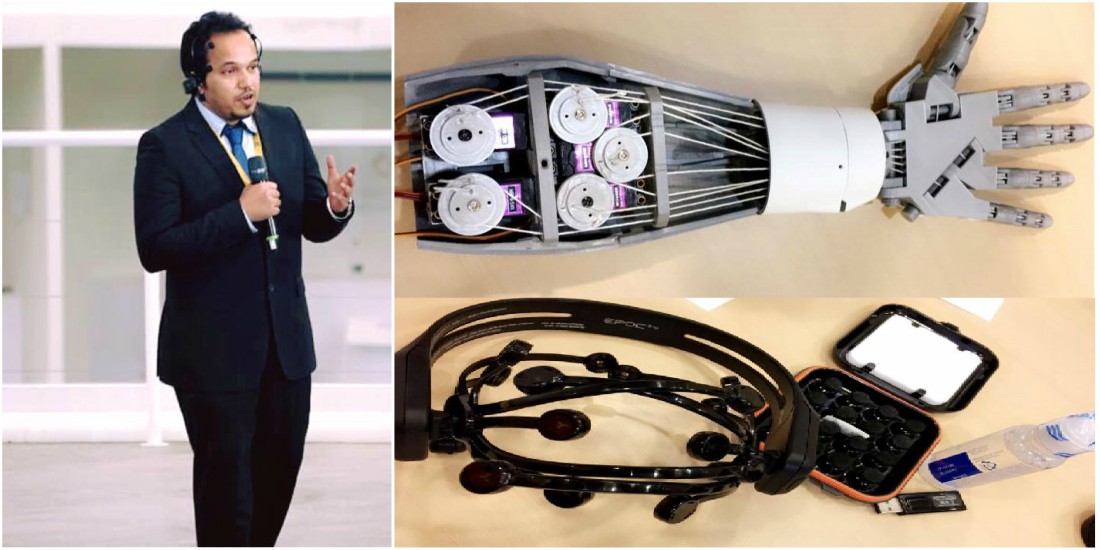 My name is Waleed Bin Nasi, a biomedical engineer. I started my studies in dentistry but didn’t find it interesting so shifted to biomedical engineering. Academically I was not so strong but always loved new ideas and lab works. When I had to choose a project for my graduation project, I didn’t go for the common ones.

I started to make a bionic arm as some other groups also did but I was not satisfied, so I took a different approach. Students were mostly using muscle signals but I submitted my idea to use brain signals. Some of my teachers said it wasn’t possible and that I might fail but some motivated me.

After one year of research and sleepless nights, I finally managed to make a 3D printed bionic arm that I could control by brain without doing any surgery. There were so many challenges and last minute issues such as the release of funds but somehow I managed to overcome them.

I went for the biggest Artificial Intelligence and robotics competition of UAE, in which even companies participated in. Despite this the competition, I was shortlisted among the top 10 out of 700 groups. Eventually, I managed to rank number 5 all over UAE. I also ranked number 1 all over the universities of UAE. 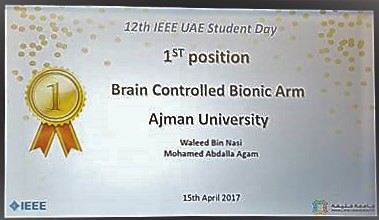 This bionic arm is 3D printed which means an amputee can customize it as he needs and also we can print it like a superhero hand for children.

My main focus was on people who can’t afford surgeries or can’t use any bionic arm because they lack muscle signal. I felt proud when my project was published in a newspaper and magazine of UAE and also a report broadcasted on BBC Arabiya. When people asked me where I was from and I replied Pakistan they used to have a surprised look.

I just want to say that be good enough academically to graduate but also think out of the box because books can only teach you what is already invented. I wish to help people out with my inventions.

This Photographer From Lahore Took Smartphone Photography To A Whole New Level
What is a Babymoon and Why Do You Need One?
To Top