How Much Punjab Government Needs To Work On Its Medical System 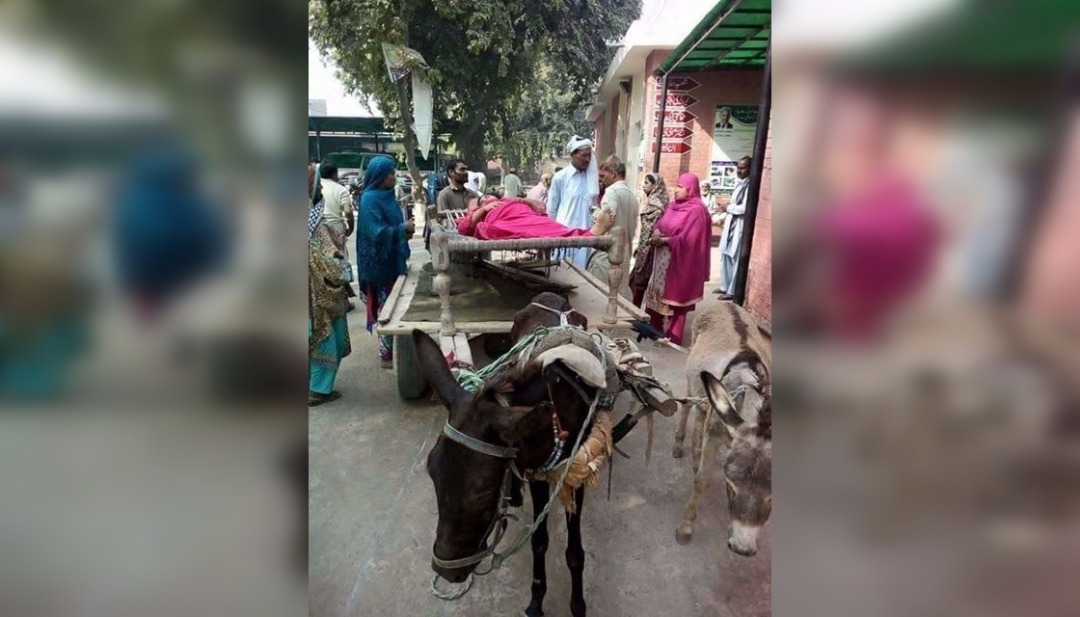 Each year, we go through reports claiming how poor the medical system in Pakistan is. We see a number of doctors’ strike in order to increase their wages while shedding light on how poor the infrastructure of medical is in the country. The neglection of proper medical industry in Pakistani is at its peak.

By definition, the negligence and/or malpractice of medical profession is an act of abuse in the health care industry, provided how this leads to severe consequences to the patients. Conclusively, the clinical negligence by the government states as an expression which leads to inappropriate and/or illegal behavior by the medical experts, given how they are out of options.

Pakistan, for over a decade, has witnessed an increase in medical negligence, especially in the government sector. Lack of medical experts, use of faulty, old operation machines and techniques, using expired drugs, giving wrong treatment and giving priorities to patients with reference ahead of need are some of the examples which we see prevailing in our country. Speaking of which, this recent image which surfaced on social media speak the current reality of medical conditions in Punjab. 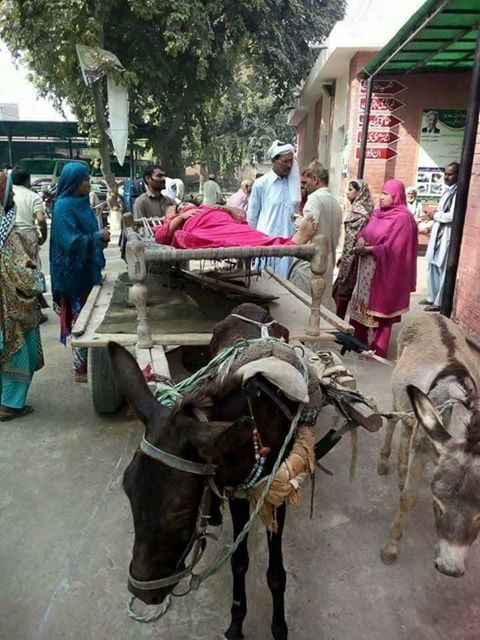 Taken outside a hospital (ambulances can be seen in the back) and the poster of Shahbaz Shareef on the wall of the hospital, if one speculates how this is not a picture taken from a hospital in Punjab, there’s the proof. A woman, lying under the soaking hot sun, traveling on a donkey cart, tries to make her way to the hospital – a place where she may or may not find the best of the treatment. This, however, is no shocker. This is what happens in the government sector hospitals in Pakistan.

We have previously heard of incidents where casualties happened due to lack of transportation available for patients. This picture, in all honesty, explains why those casualties might have taken place.

One may blame it on corruption in the government sector – one may talk about the lack of budget allocation by the government – the merry go round of the blame game will continue until someone comes forward and talks about everything under the umbrella of truth with proof.

Families have lost their loved ones in cases where inexperienced doctors examined patients and gave them faulty injections or medications. There were cases where families cried rivers because they didn’t have proper means of transportation. The charitable organizations, such as FIF have contributed a lot in the medical sector i.e. ambulance services and blood banks have been established to support the medical industry. However, none of these are enough till the hospitals and government start taking their implementing responsibilities.