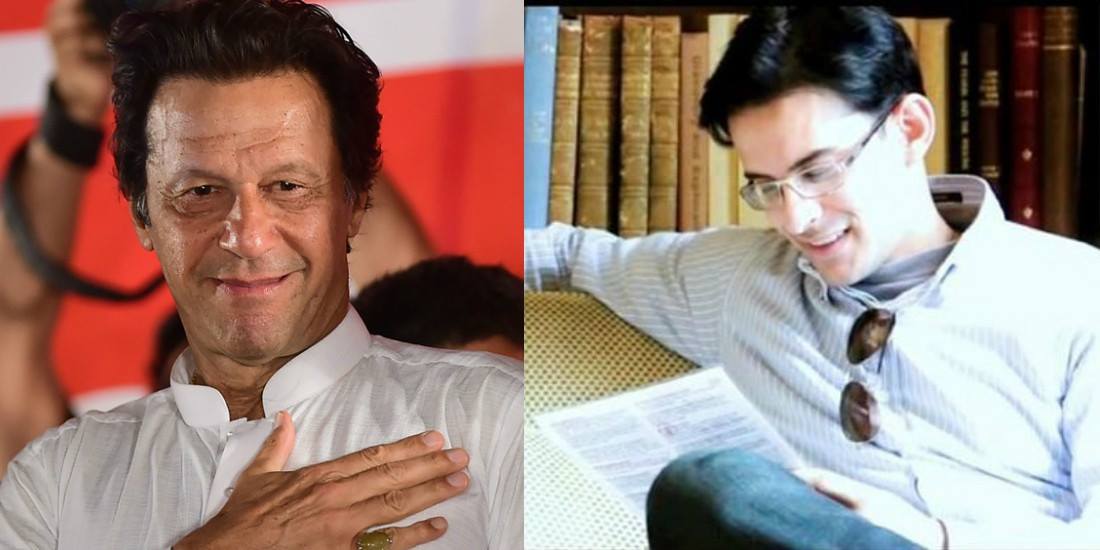 First dates are always full of mixed emotions and well at times, they turn out to be perfect or..maybe not. But that’s okay! First dates don’t have to be perfect. But this one story is SOMETHING! LOL.

Osman Khairi is a Pakistani, who lives in the UAE. Osman decided to recall his date which took place almost 16 years ago and decides to share it with his followers, well because there was no way he could ever, ever forget this particular date, which also happened

And guys, let us tell you that you that this story is one-of-a-kind! Osman was in a long distance relationship with a girl and when she finally decided to come to Pakistan, they decided to meet.

2001. An ex flies into PK. Had been over a year since we'd met. Fuck long distance. Anyhow, couldn't wait to go see her. Tells me she's staying at a certain Imran uncle's house and that I should come! So I get the directions and off I go. 8 am.

Keep in mind, this is was back in 2001. So he clearly had NO idea where he was heading. And all he had was an address given to him by girlfriend!

Follow her instructions. Literally the only car on Margalla road. Reach E7. No such thing as Google Maps in those days, so searching for the street and the effing house. Streets 42, 43, 45. Fucking Islamabad.
Eventually get to 44! And make it till the road that curves at the end.

And what he sees when he arrives was probably something he wouldn’t have seen in his wildest imagination!

Park the car. At what I'm convinced is the right house. See someone standing next to the gate. After app his morning jog. His back towards me.

Stares back at this creepy kid who's wondering what the FUCK is going ON!?!

P.s. can't reveal her name. I would. But fuck it. Doesn't matter to the story 🙂

The stuff of dreams. Actually, more like an episode from the Twilight Zone. Starstruck AF! Follow the great Imran 'UNCLE' into his driveway and see my friend, xxxxx, standing there.

"Khairiii, so good to see you!"

Everything for the next 30 mins is a bloody daze. Almost feel like I'm hallucinating. We go inside IKs house and sit on this sofa. She keeps yakking away and I just keep nodding my head. Until I blurt out what's really on mind.

"Listen, do you think I can 'properly' meet him?"

Too good to be true, eh?

Gives me the eye roll and says wow, I should have known.

IK's having breakfast in his lawn. Reading the news. His dog's next to him. After a formal introduction, I tell him about how I've practically worshipped him. Basically, I'm the most inarticulate person he's ever met.

HAHAHA!! This is actually cute. But Osman, DUDE…YOUR DATE??!

But I cheer him up by saying when I turn 18 in July, I'm only ever voting for you.

It's surreal. I got IK to smile. Giggle even. Nokia 3210. Snakes. But no fucking camera. But there's a newspaper there. I tear it off and say, can I have your autograph?

What an honor it's been, Sir. Breakfast with Imran Khan! Greatest morning ever. Thank you.

And yes, he mentioned how later, things didn’t quite work out with the girl…

16 years and I remember every moment of it. Like it happened yesterday.

Things didn't work out with the girl but the affair with IK never ended. Met him several times after that. On several occassions. In various capacities. Even interviewed him in Pittsburgh for a uni paper.

And at last, that one autograph is something that’d mean more than a picture or selfie.

Even thought of asking him. Hey, do you remember that incoherent kid that ended up at your house? BUT then I chickened out.

Took many pictures.
Took many selfies.

But that one autograph on that newspaper always remained special.

What do you guys think of this crazy story?! Would you call this goals? Like dude, who does this? Would this fall in the ‘perfect date’ category? Haha, let us know in the comments below!

Read Also: This Guy From Karachi Gives Us An Insight Of What It’s Like To Date A Blonde