Pakistanis have been a subject to racism no matter wherever they go. Labeled as terrorists, Islamophobia or just Pakistan-phobia has been a matter of great inconvenience for every Pakistani living abroad. You cannot deny that Pakistanis and Muslims have been a target of racism since forever. There have been a lot of incidents which prove that racism is real. This is a story of a similar act of racism carried out by a racist English woman sitting in a local train next to a Pakistani.

Here is the video.

Pakistani guy give a hillarious reply to the racist woman in a local UK train???*watch till end*??

Here you can see the woman quite angry for god knows what reasons. The guys next to her seem unexpectedly cool. The woman just doesn’t stop spewing hate by abusing and passing racial comments to the Pakistani sitting next to her. But the Pakistani kept his cool and replied in a pretty amusing manner.

The woman kept abusing the guy next to her calling him a “Pakistani fucking loser” and the guy kept telling her proudly that he is a Pakistani. He didn’t get angry or mad at all. And this probably is the best way to answer these hateful racist. Just smile and wave and sing and tell them you’re proud to be a Pakistani.

And the best part. 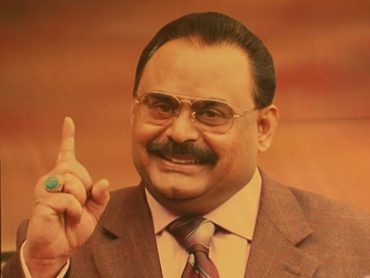 The guy at the end chants “JIYE MUTAHHIDA”. That just destroys every single racist out there. When you bring Altaf Bhai in, you are going to be invincible against every single thing in the world.

This video might be all in good humor but the issue here is neither funny nor it can be neglected. Racism has been causing divide between Pakistanis and other nations and this needs to be stopped. The best way to respond to any racist is not getting mad or stooping down to their level but instead reply to them with love. Just like this.

This Beautiful TVC Featuring Differently Abled Children Will Touch Your Heart
Local YouTuber Irfan Junejo Travels with Ronaldinho & Friends for the Most Exciting Football Event of Pakistan!
To Top