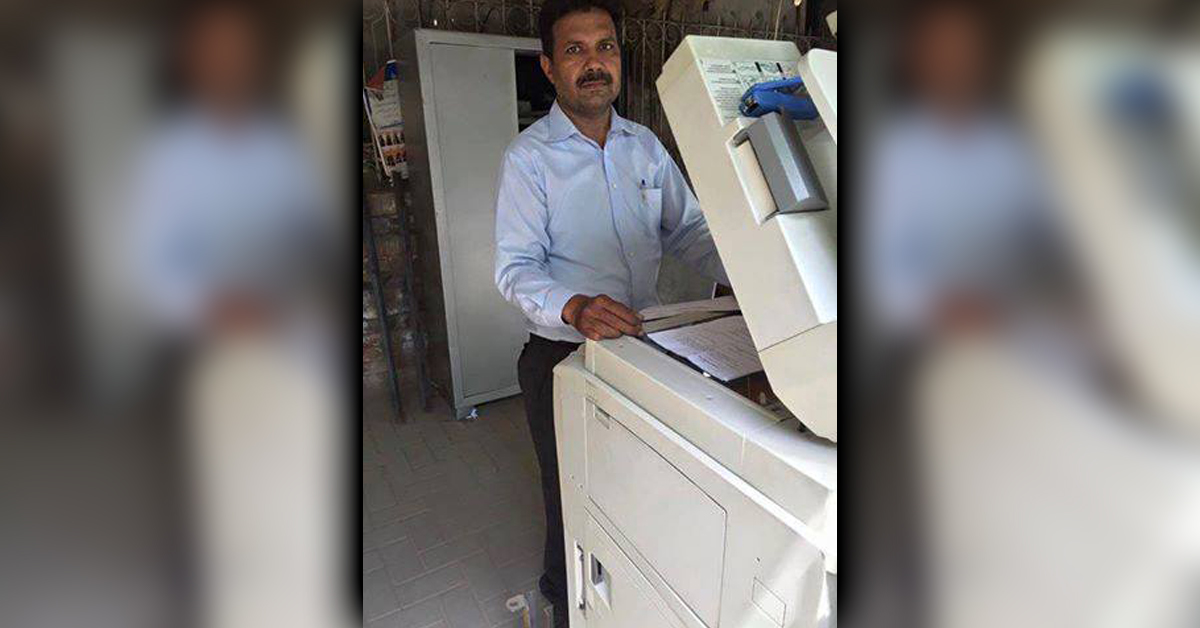 It is true when they say that “the father’s love is eternal.”

This is a story of a man who is trying everything to see his son step on the stones of success: 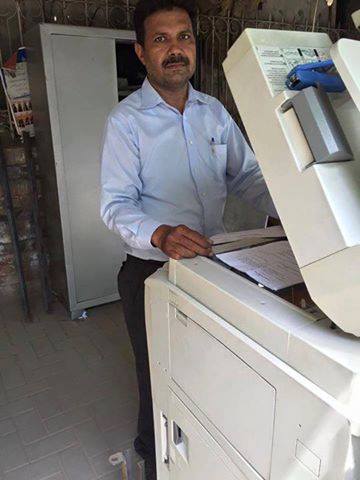 “Few days ago I had to visit Lahore High Courts where I needed to copy some documents. I met this person, Tariq Aziz, who ran photo copy shop there. He was copying an oxford book before me. He told me that he was making a duplicate book for his son as he couldn’t afford buying original one.

I asked him about his son and his school. He replied that he cannot go to school. I thought he must be paralyzed or something or maybe he can’t afford tuition fees. But reality was really grievous. He told me that his son has a strange problem which occurs to one in millions.

He doesn’t have sweating pores/glands in his skin, by birth which maintains the body temperature naturally. He needs to be kept under 25C in order to keep him alive. So I cannot send him to school as he can die if his body temperature rises above 25.

Furthermore, he also told me that his son cannot play outside, cannot study and hence he cannot do anything for his living as well. He has applied everywhere for his treatment but none of hospital has cure to this problem. He also explained to me how they have managed to keep his room cool without AC as he cannot afford one. 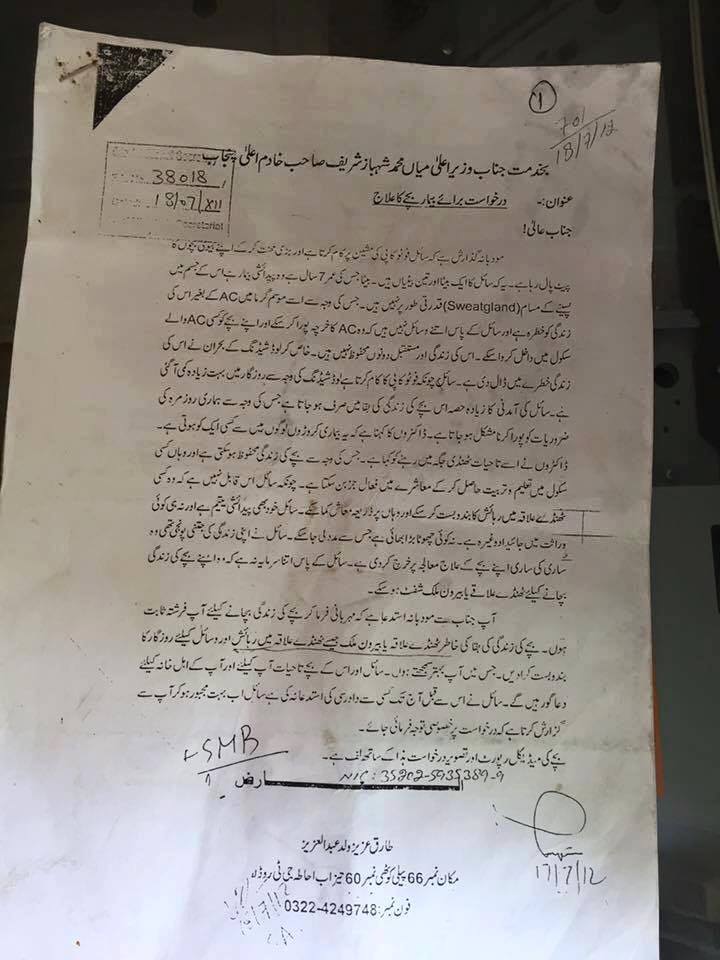 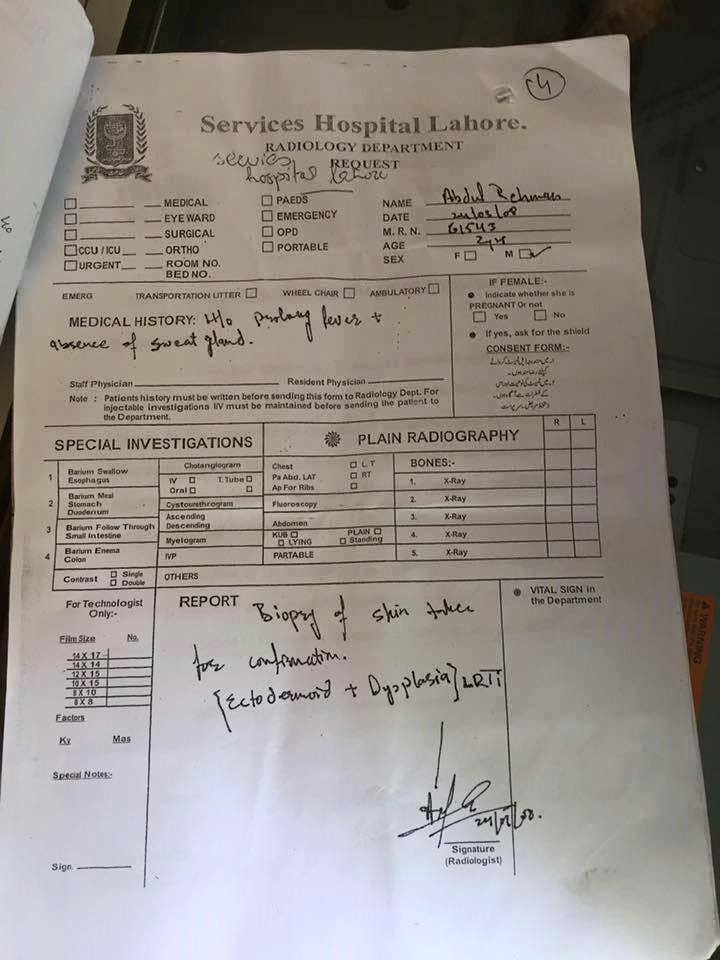 With limited income he merely can feed him which is till he is working by himself and after him who will be looking after his son. Many of government officials are approached by written applications and by references as well.

All he wants is to send his kid in some cold weather country where temperature remains under 25C. He showed me all reports and applications as well. I took pictures of them and sharing them too. 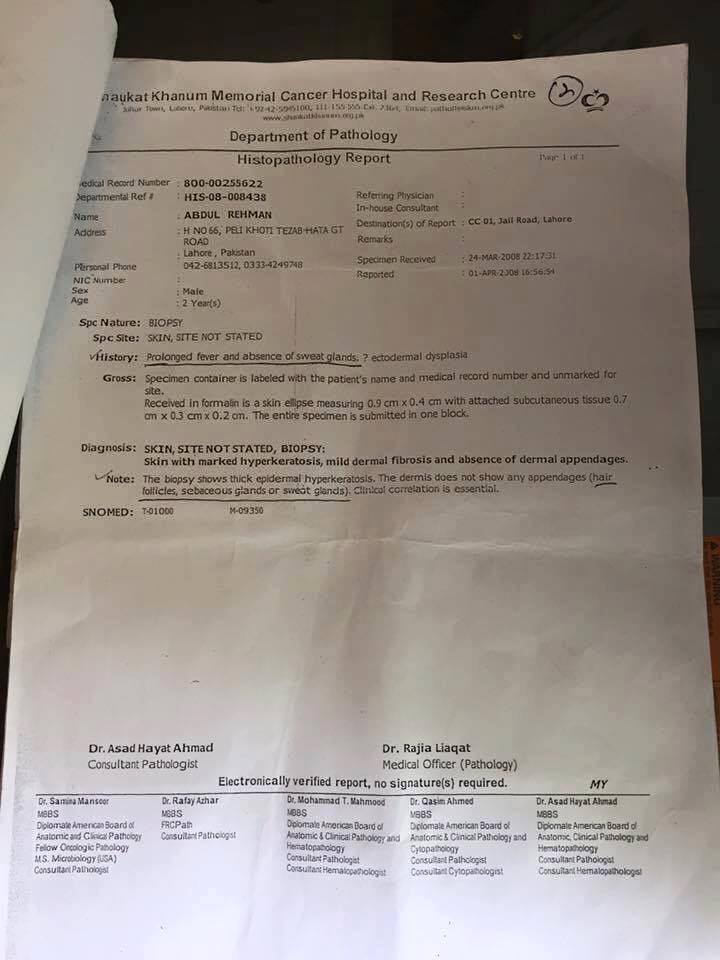 I request you to share it and ask your friends to share it too so maybe someone who can really do something for him sees it and comes upfront to help him. All he wants is life of his only child by moving him to any cold country where he can not only live but can study and get a job as well.”

Via – People Of Pakistan

It is sad to know that his son is suffering from such a rare condition. We can only pray that he finds a cure and that it would be affordable for him. Even if it is not, may he find a great help in treating his son (Ameen). Moreover, it is so inspiring and motivating to see how much hardship he is ready to face just to treat his son. Such willingness is hard to find these days, even in troubled times.

Former Indian Army Officer From Kashmir Made Thousands Cry with His Moving Facebook Post
This Hilarious Post On Couples and Airplanes Will Have You Laughing Till You Cry!
To Top