Nobody Knew This Scene From an All Popular Pakistani Drama Taught Us Quantum Physics!

Would you believe if I tell you that a scene from a renowned Pakistani drama aired on PTV actually was written on a script based on the explanation of Quantum Physics? Sounds baffling, indeed. How on earth can a drama serial stage that; what about keeping the essentials of filmmaking like dialogues and alike intact?

Weeks ago, a video was shared on social media of a drama scene starring some of the iconic actors from the past in television industry of Pakistan. Man Chalay Ka Sauda, I am sure your Mom and Dad would know about this drama. The writer of this scene was Ashfaq Ahmed and the transition it takes along theory of Quantum Physics is pretty incredible.

Even the writer of this play knew more than the physics teachers we have. Wave particle duality explained.

Wow, simply blew our minds away. Didn’t expect this to come at all, seriously. Well, this is a simple manifestation of a genius writer gracing his aesthetics in a simple scene. It’s subtly done and summed up beautifully. You can see its original context does not tarnish away. It remains the same dramatic and has the perfect theatrical notion to it. 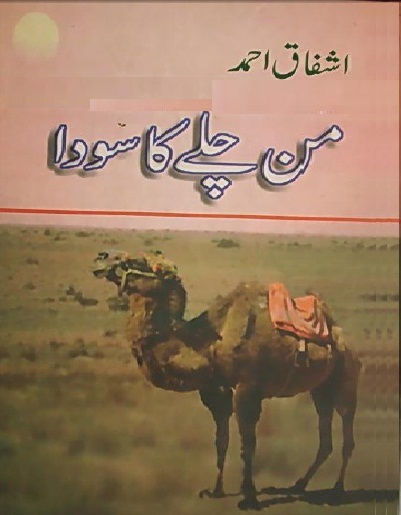 Watching this, you can almost wish our local content to be as pure and creative. Somebody said it absolutely right that the golden era of film and theatre was the 80s and 90s; even for Pakistan! Man Chalay Ka Sauda was a masterpiece by Ashfaq Ahmed and I bet nobody had an idea before that this particular scene contained a brief dash of Quantum Physics theory! WOW.

What do you guys have to say about it? Do you think such writing, such creativity is lost in the television industry of Pakistan today?

Female Education In Pakistan Continues To Suffer As 1 Out Of Every 2 Girls Is Out Of School!
Here’s Everything that Happened at the Star-Studded Launch of the T10 Cricket League!
To Top