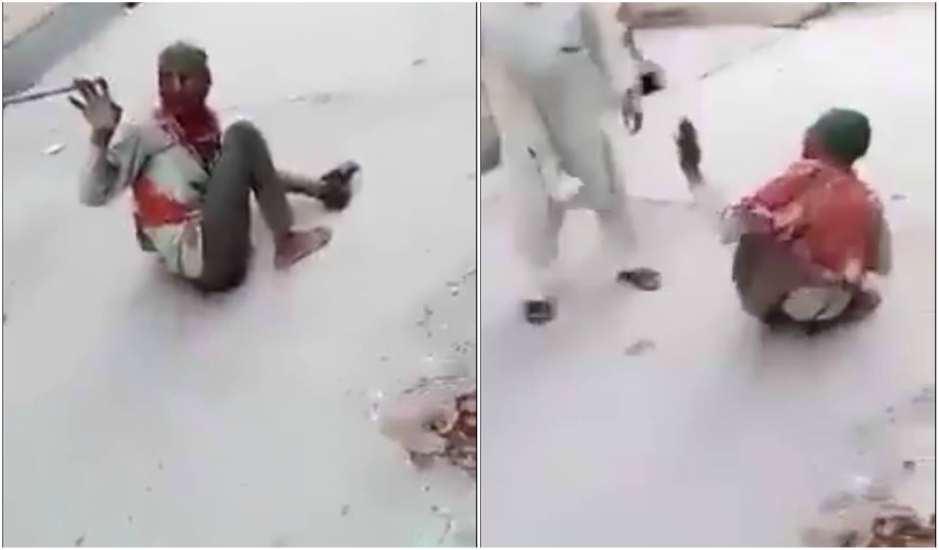 There is drama everywhere! And, when there is none, it seems like your life has no point. Let’s take the Pakistani streets for instance. There’s just so much going on – From the crazy bus drivers to the fruit walas to the beggars. Yes, even the beggars! How many of you have given a small amount to the beggars on the streets on a daily basis? Yeah, a lot of you, thought so! Let’s count the times you’ve given a beggar some money and you’ve found out that he was nothing but a fraud? Yes, that is now a very common thing! I remember an incident where I gave a disabled man some money because he just kept repeating,

I remember an incident where I gave a disabled man some money just because he kept repeating, “baji, Allah ke naam pe 10-20 rupay dedo, roti khaounga”. Out of pity, I reached my bag and grabbed 20 rupees and gave it to him. A few minutes later, I notice that same man smoking a cigarette! Yes. Imagine how furious I was!  But, my intentions were good and I just wanted to help that poor man.

Here’s another incident that was caught on camera and revealed the true face of a beggar who ‘seemed’ to be disabled and was dragging himself on the streets. Watch the clip to find out.

The baba jee sure taught this beggar a lesson and gave him a good beating, (and it was hilarious!) which he’ll remember all his life! Well, I hope so! Wonder when things will change and the Mafia behind this will understand, that it is no joke to be fooling around with the people on the streets. If we all stand up like this babe jee, maybe things could change!

What are your thoughts on this issue? Do you think babe jee did the right thing?

Man Who Confronted Sheikh Rashid for Owing Money, Turns Out to be a PML-(N) Worker
13 Things That Happen At Desi Houses When Rishta Walas Visit
To Top