Only Allah alone knows the truth, but the fact that Nouman Ali Khan has not denied sending all these messages is disturbing for many. He has always been seen as one of the most open-minded, sense making, kindhearted modern day preacher but these allegations have left many of his followers confused and upset.

One of his followers, Mohad Ghani believes that all these allegations are fake. He recently posted a status on his Facebook page stating the following:

“Rumors are carried by fools, spread by haters and accepted by idiots.”

Hello everyone, we all live in a world filled with lies. It’s a natural phenomenon that we try to pull legs of people those who try to get ahead of us. I am no one here to judge anyone as it stays with the God Almighty but I am just here to make my claim to this recent act of Ustad Nouman Ali Khan,

We all are really not sure of what is going on with his personal life but it’s not even our matter to discuss. He has given and done too much in the name of Allah and I respect that. Recently, someone uploaded a claim with some screenshots of his conversation that how stoop did he go. Yes, being all desi tan people, we went hyper and took this matter to heart since this is what we are best at without confirming or making sure of it if it’s really true or not. Then, someone online Jihadi’s started to spread this message without knowing that they are taking a part in the hereafter too that they tried to judge someone who calls himself as the representative of Islam and you people tried to defame him as much as you can; whatever the reason maybe.

I don’t really act out of my moods and carry no act of judgement but in the recent showcases like of Mahira Khan, Aamir Khan and now him. I thought of clearing somethings from my side. Again, i carry no judgement. It’s just some proof’s that I want to attach for all the pseudo people out there. Judge when you’re 100% sure

Let’s go with the flow.
1) We have seen his screenshots that we followed and spread bluntly. Now when you look clearly into these screenshots, you will see it’s Iphone. So i tried to exchange this same convo with a friend in order to see if all these chat boxes are for real in first place. And the answer is NO! Look at the screenshots i told my friend to take and compare with his. The alignment of the boxes is not even same. For eg look at his message of “Make dua my hot Fantasy” and then look at the one I exchanged. Surely, the difference is super clear. It’s fabricated

2) After the famous incident of Calibri, i’m surprised how our people are still blind to this. The font is actually different. Yes, it’s a very acute replica of the real font but it’s not the same. You can check thickness of Alphabets which says about it. I’ve attached super close views of both conversations. Again, get yourself cleared about it.

3) If you tilt your laptop screen a bit, you will see all the boxes in the Nouman Ali convo’s are re colored. There are actually different shades of white. One of them is on the part of the convo that was retyped for such purpose. It’s easily doable on Photoshop but still this person was not so professional at it.

– Why do none of the screenshot timing match with one another? Why do they differ with more than a minute in majority of the cases? What was the reason behind taking a single screenshot at a time? And of the same convo at another time? With changed battery signs in different pictures? Does this mean, same convo in two different mobiles? He surely missed his chance here.

5) If all of these are screenshots from mobile then why is there a blue border around one of the screenshots? It’s a cut tool used via computer! Obviously it just can’t be done solely through mobile.

6) I saved this one for the last, since out of my curiosity, I’ve always learned doing some crazy stuff since childhood so i thought to bring one into action. I’ve attached both the real and the altered convo with a friend. That’s a fabrication you may want to see. This proves all the content you see on screenshots can never be proved to be real. At least he should have avoided paint which started me to question and check all these proofs.

I am no one to judge here, he may can be wrong or right and that’s not my job. What he has done for Islam is something you won’t even do 1% of it. So kindly let go, or karma won’t strike you as a bitch one day too. Kindly focus on your own issues becuase apne qabar main aur kisi ko lay kar ni jana and I believe at the end, Allah is the best judge and also the most merciful one.

"Rumors are carried by fools, spread by haters and accepted by idiots."Case of Ustad Nouman (Some proofs…

It all started with the Facebook post made by Rabia Chaudry that challenged Nouman Ali Khan’s right of being a representative of Islam. She shared some screenshots claiming that he has been ‘bribing, threatening and misbehaving’ with different women. The post states:

Threats to fire, bribes and general grossness*. Tell me he is fit to be an international religious leader.

*These conversations are with different women” 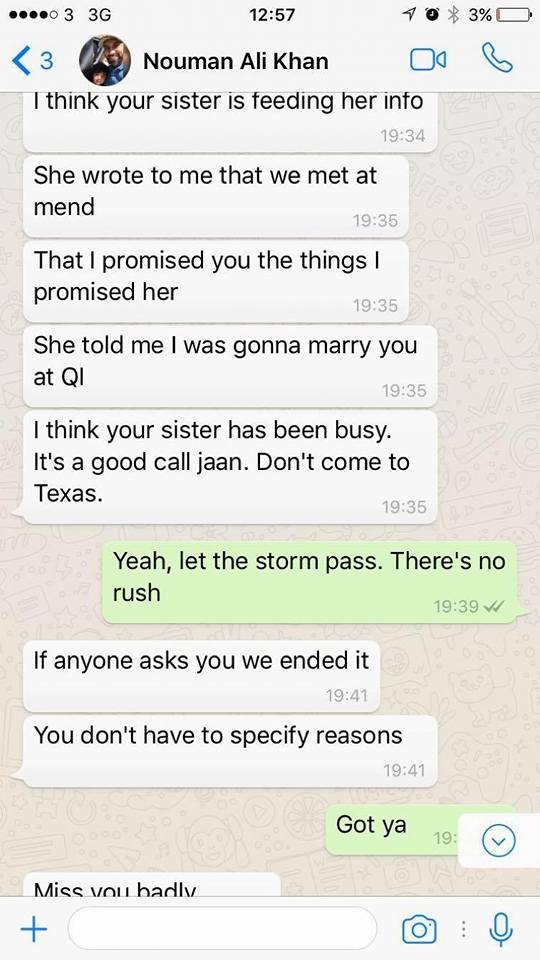 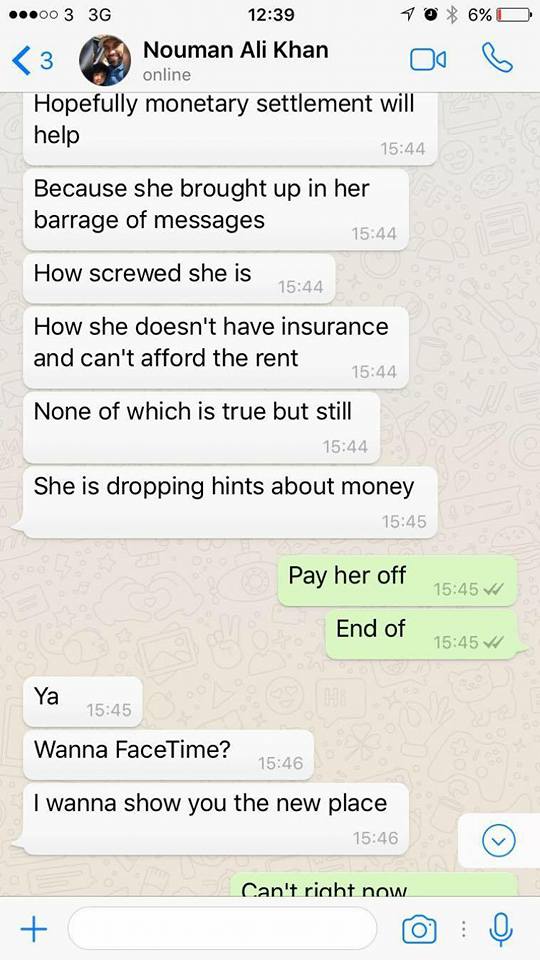 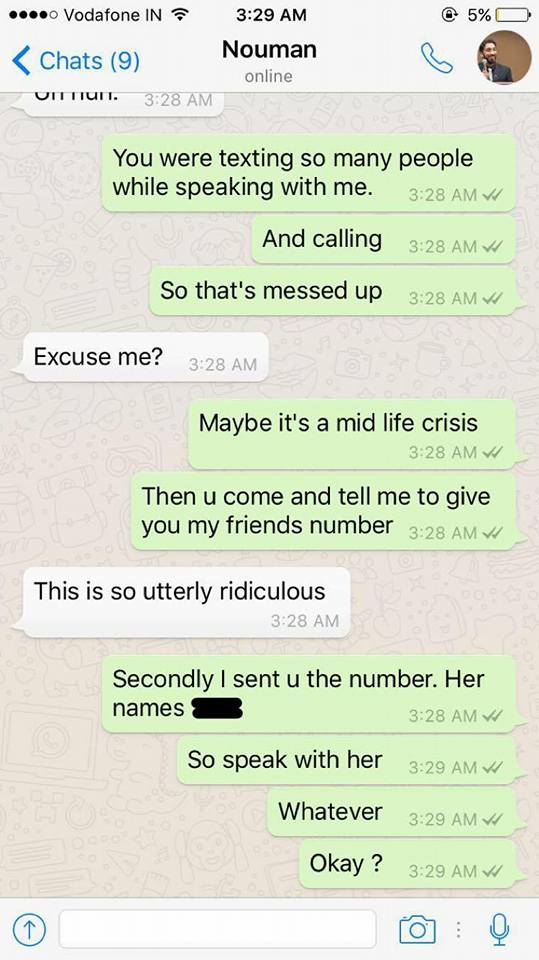 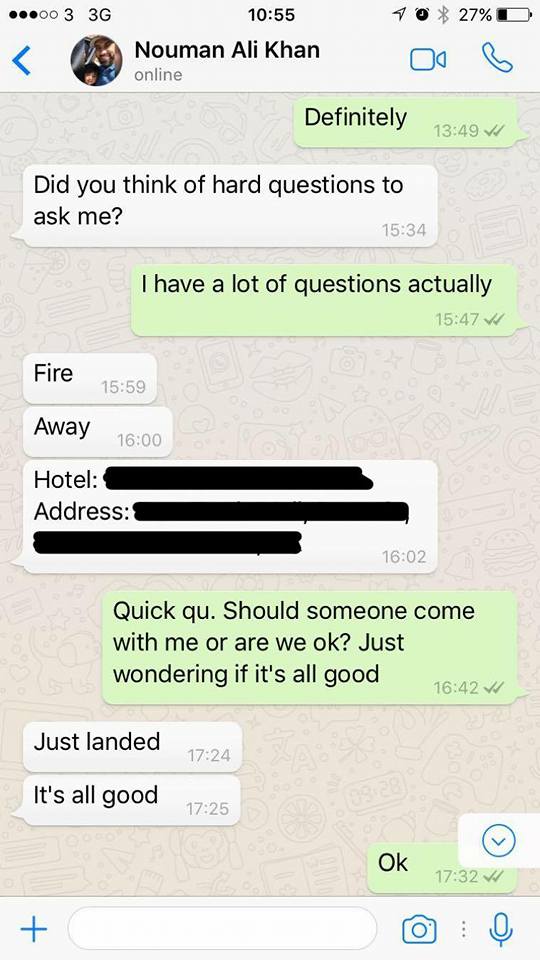 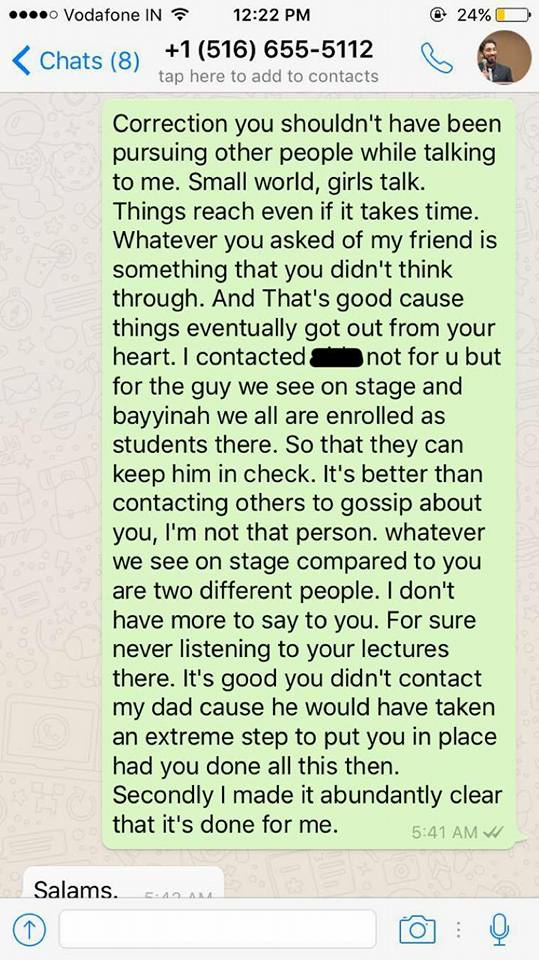 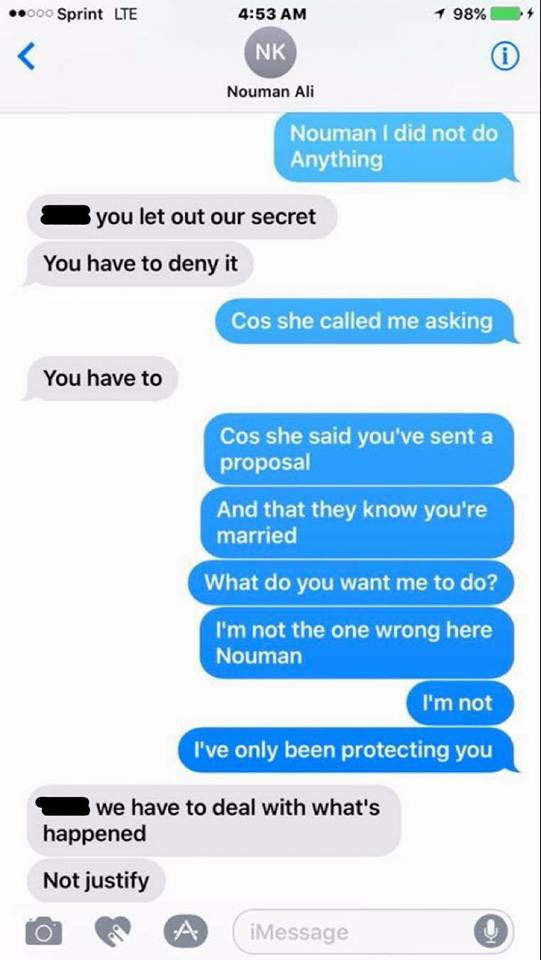 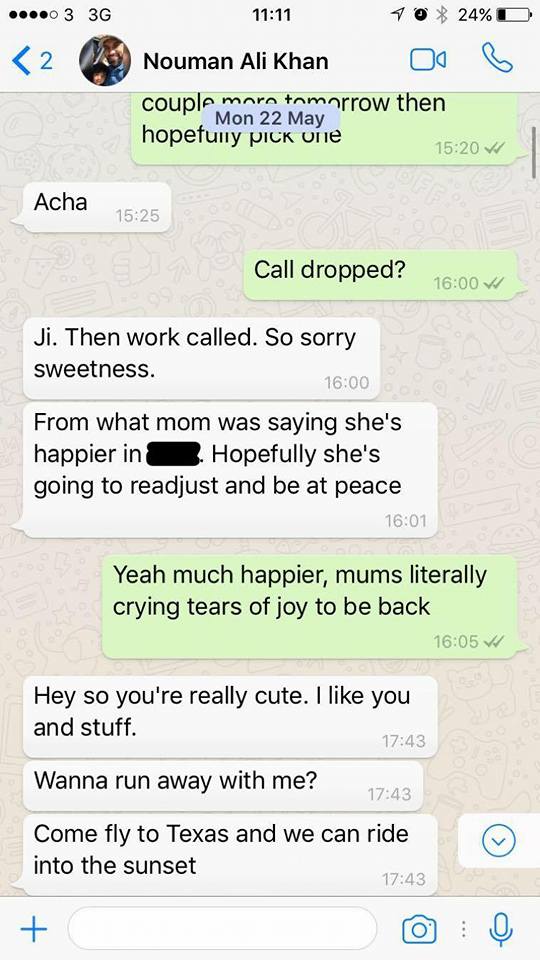 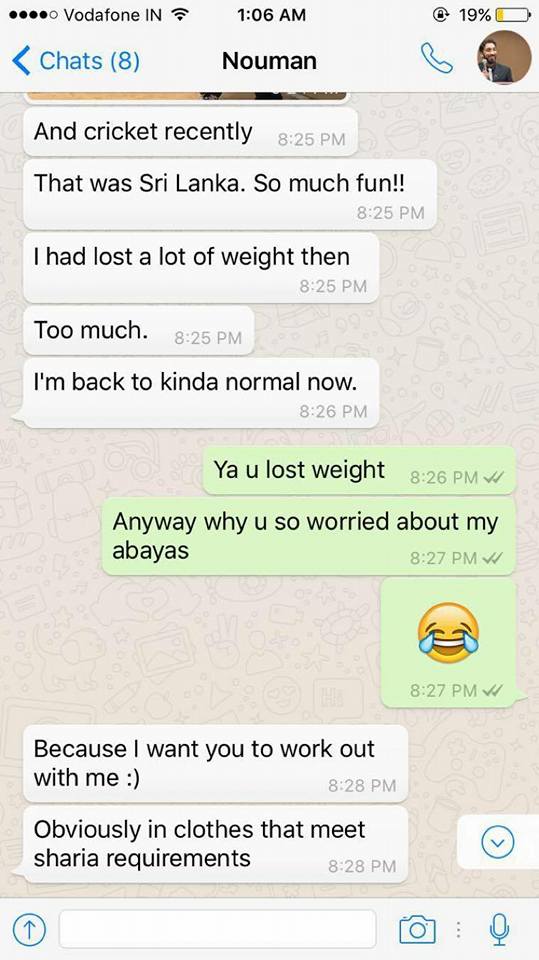 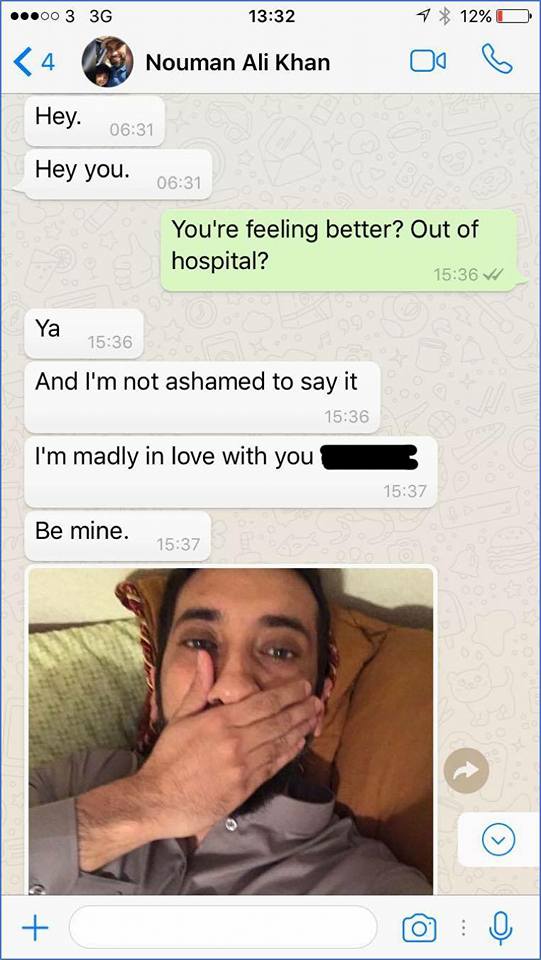 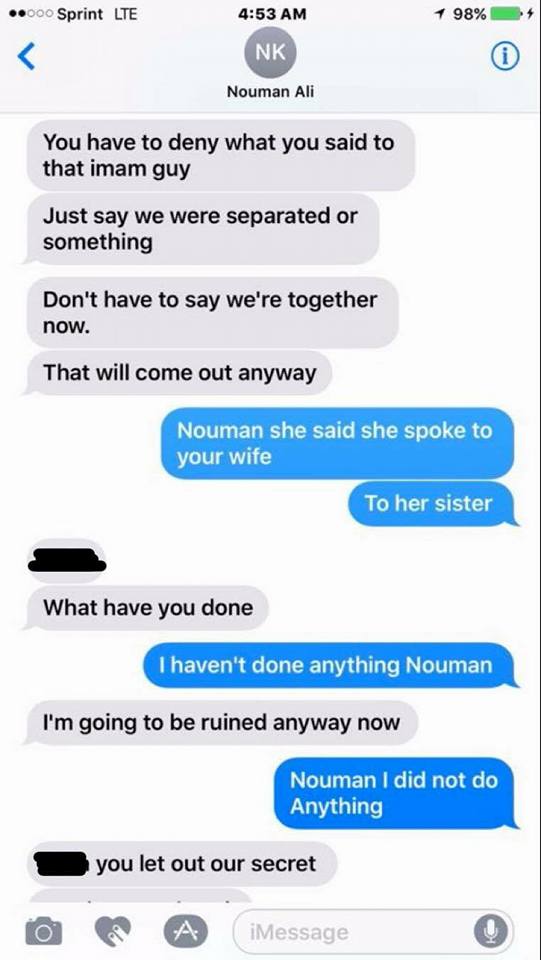 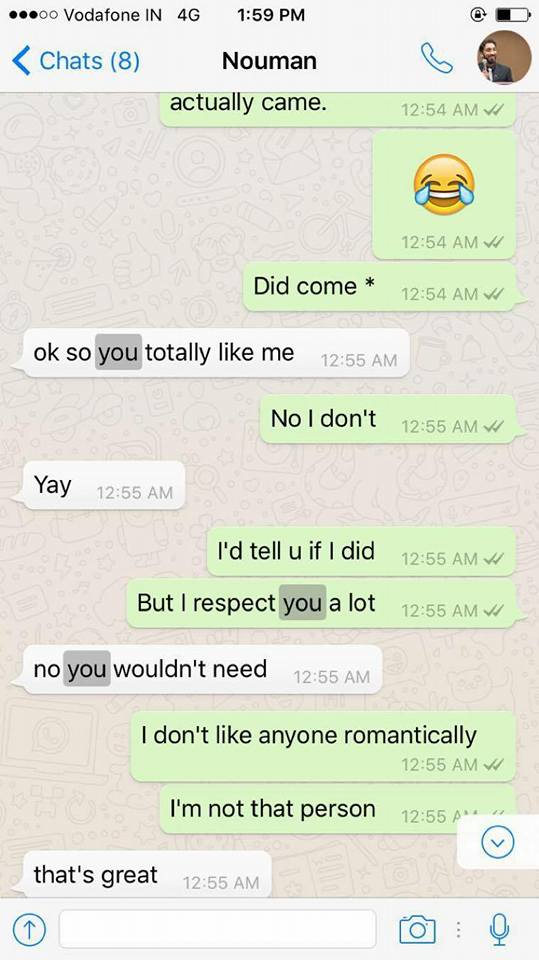 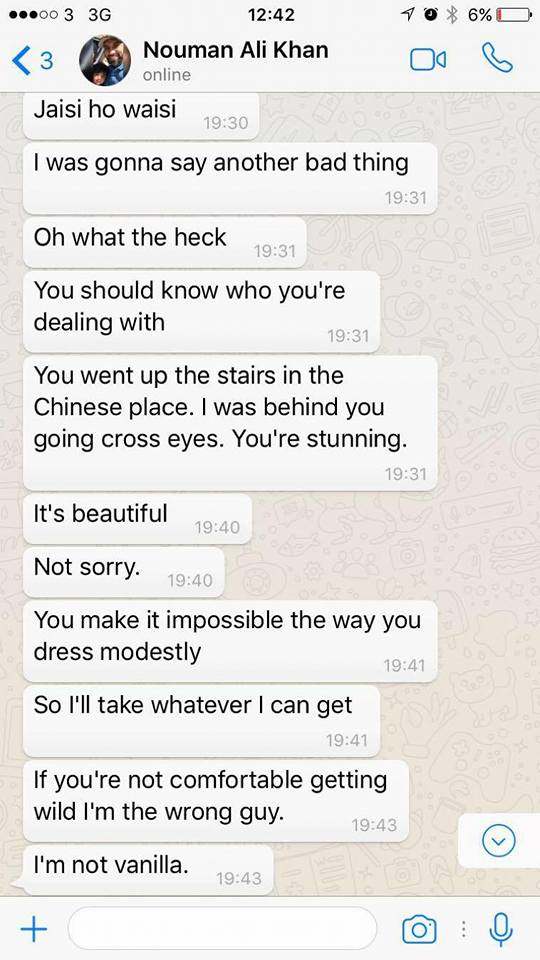 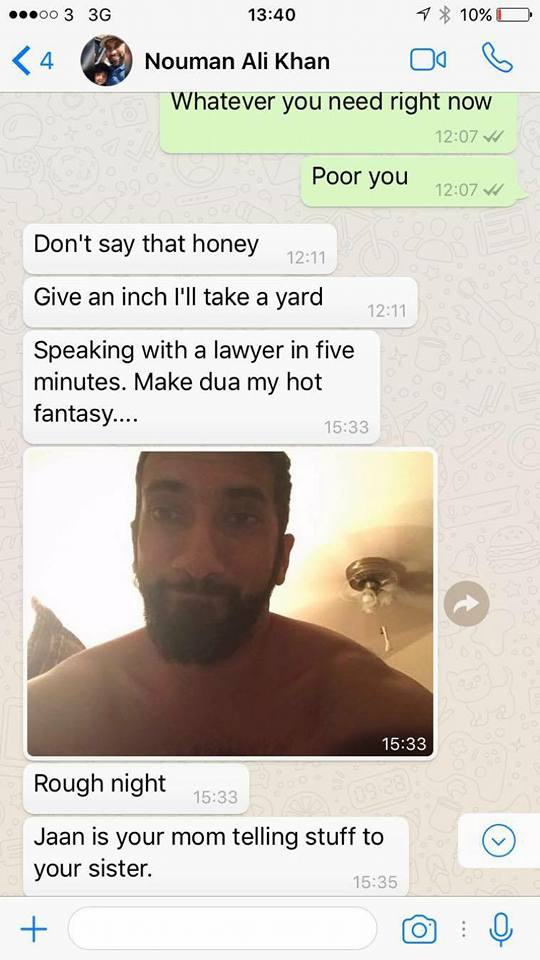 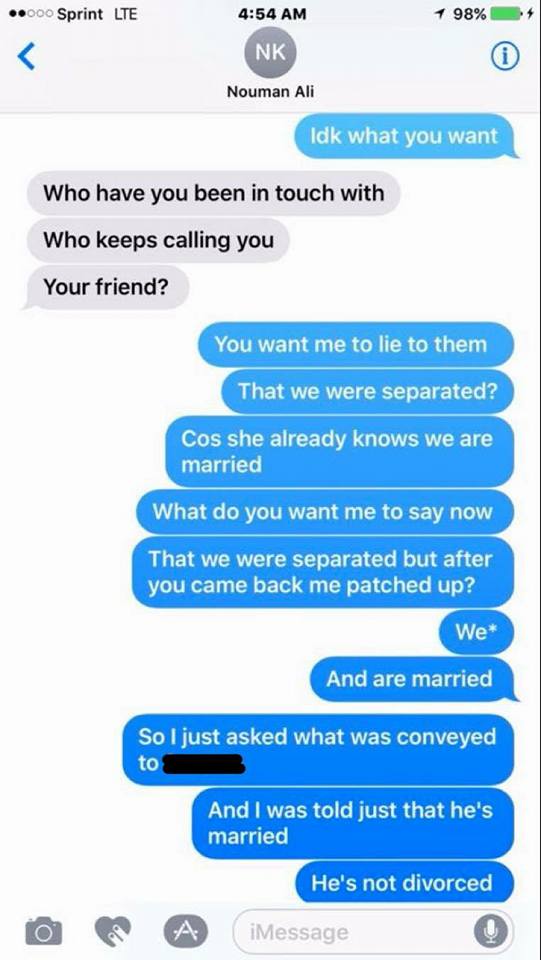 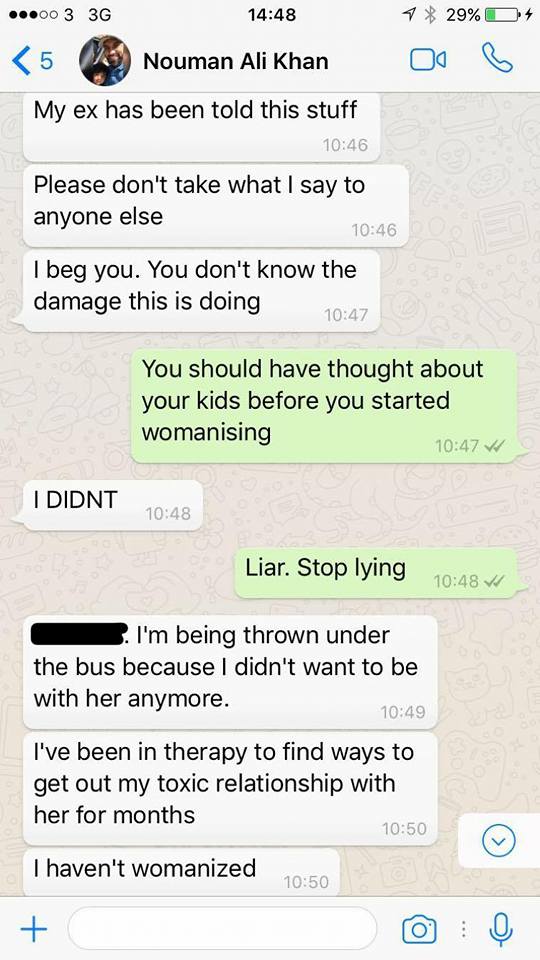 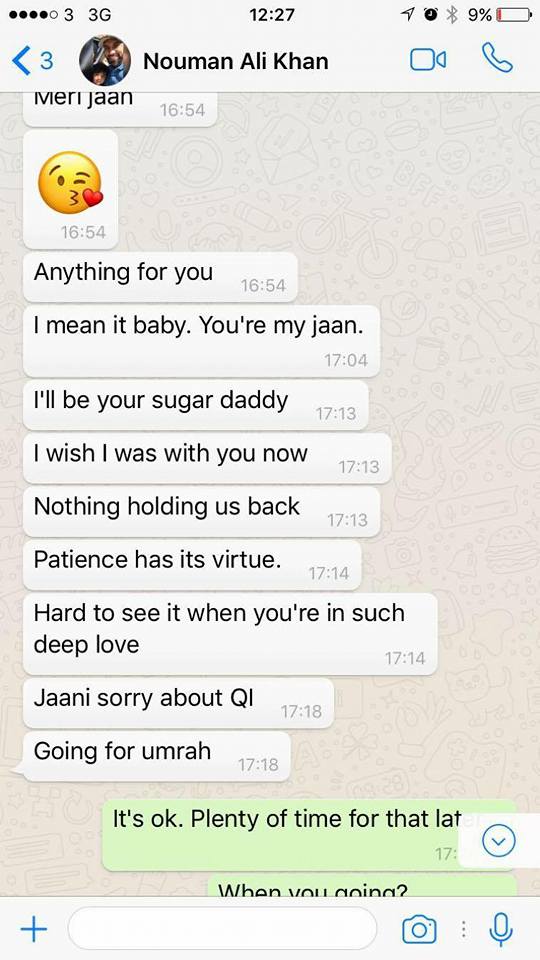 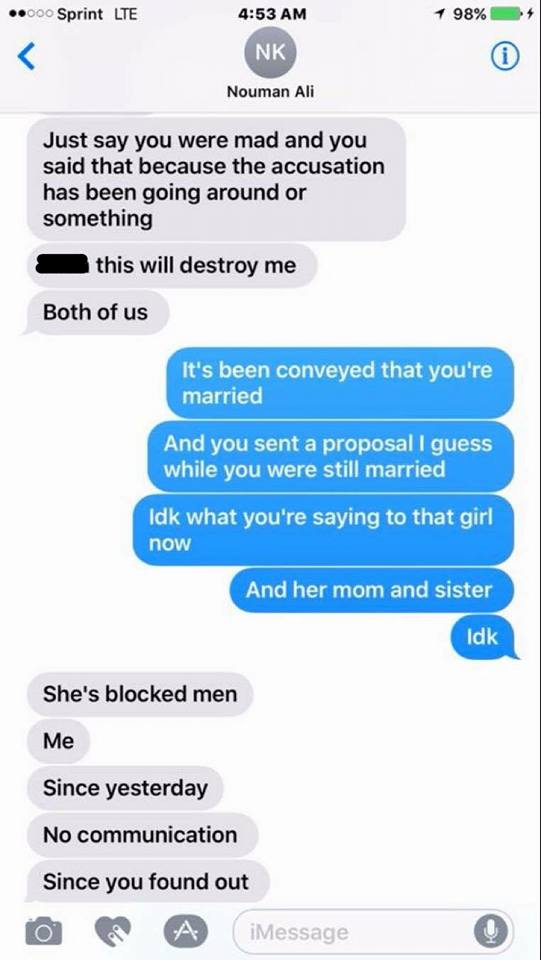 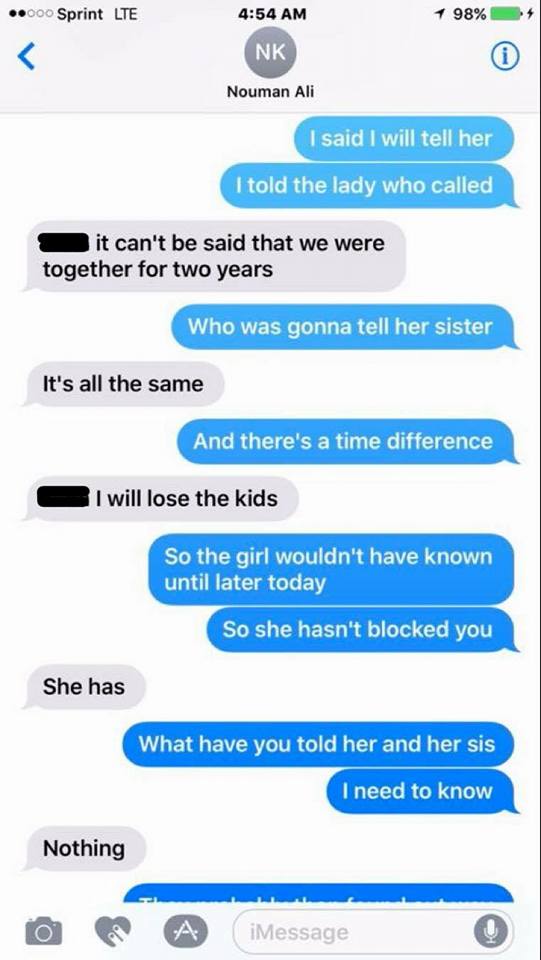 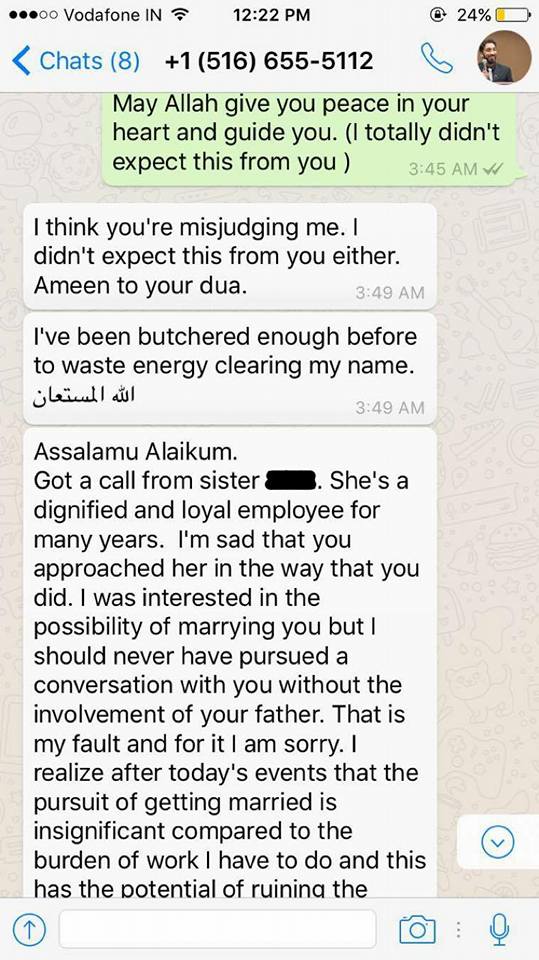 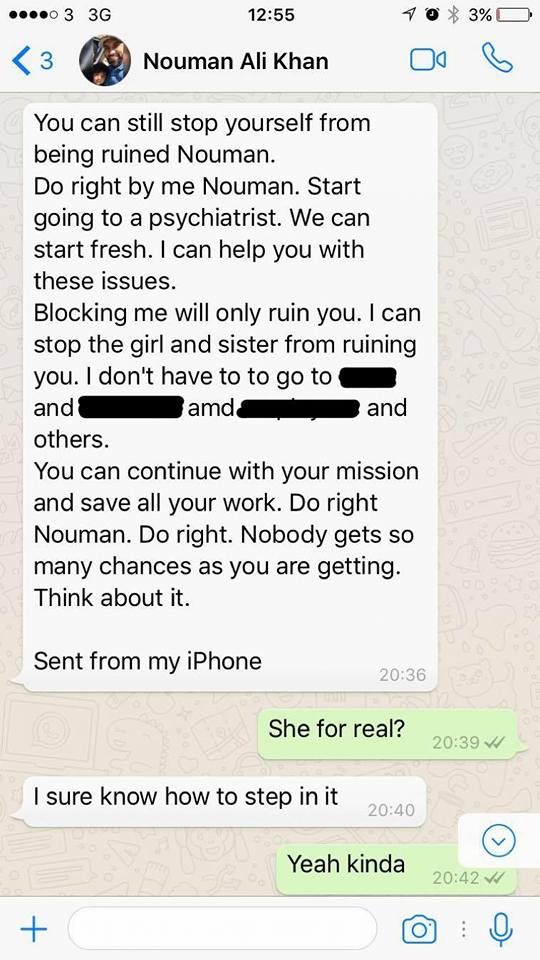 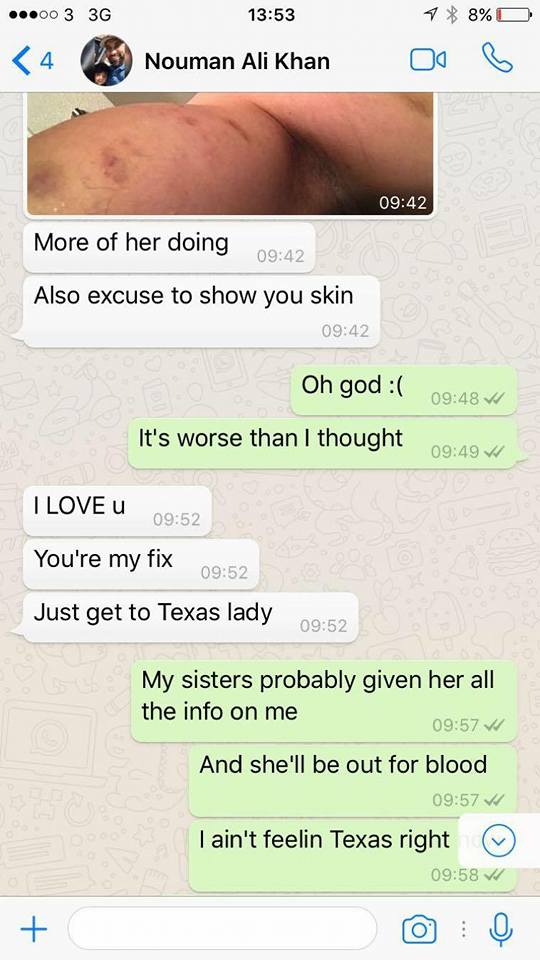 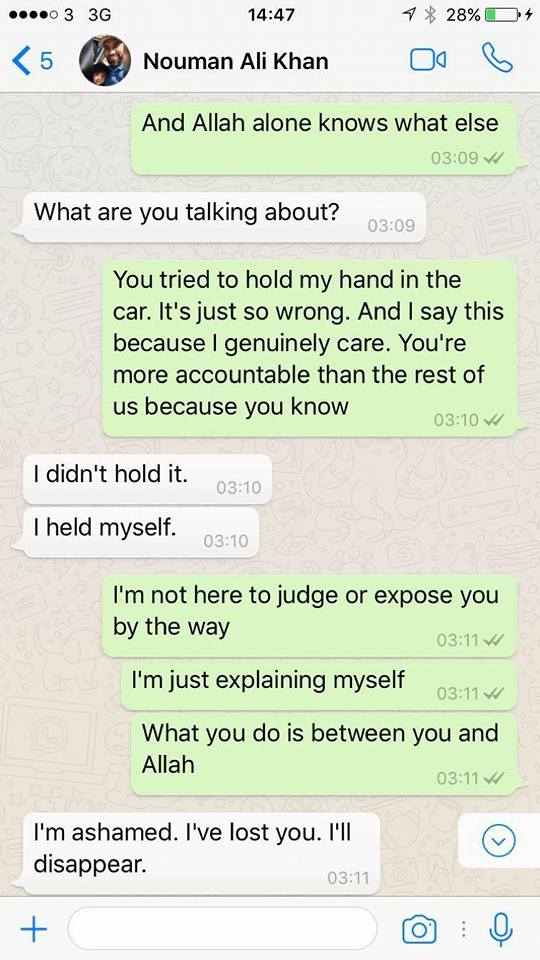 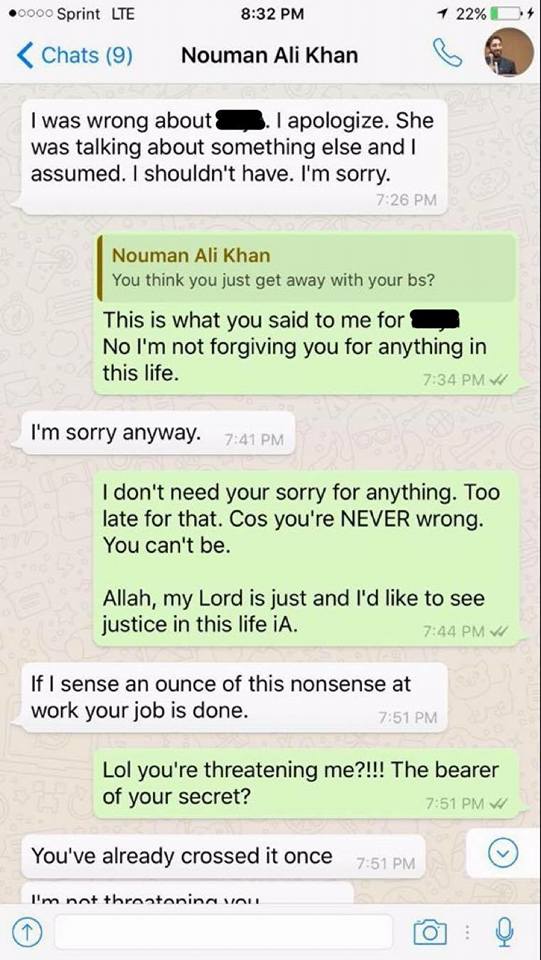 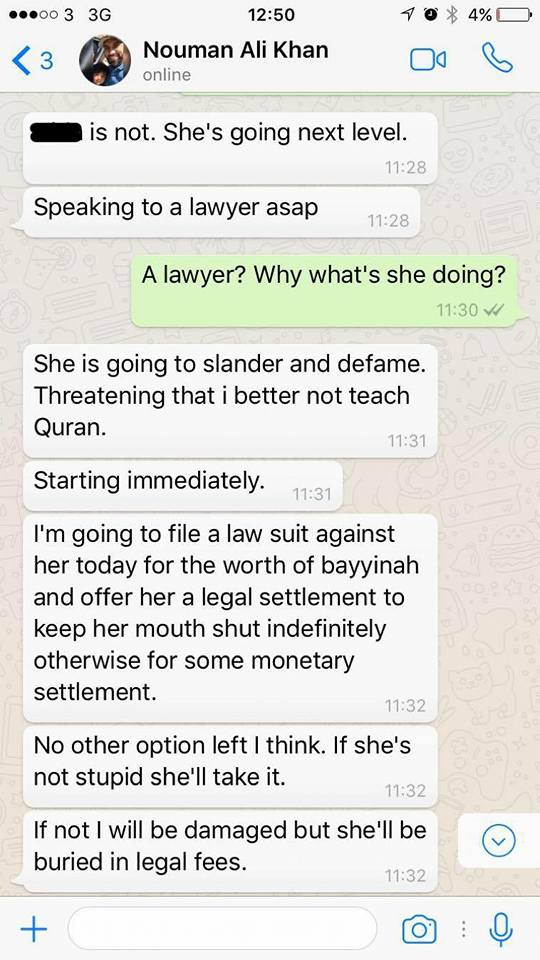 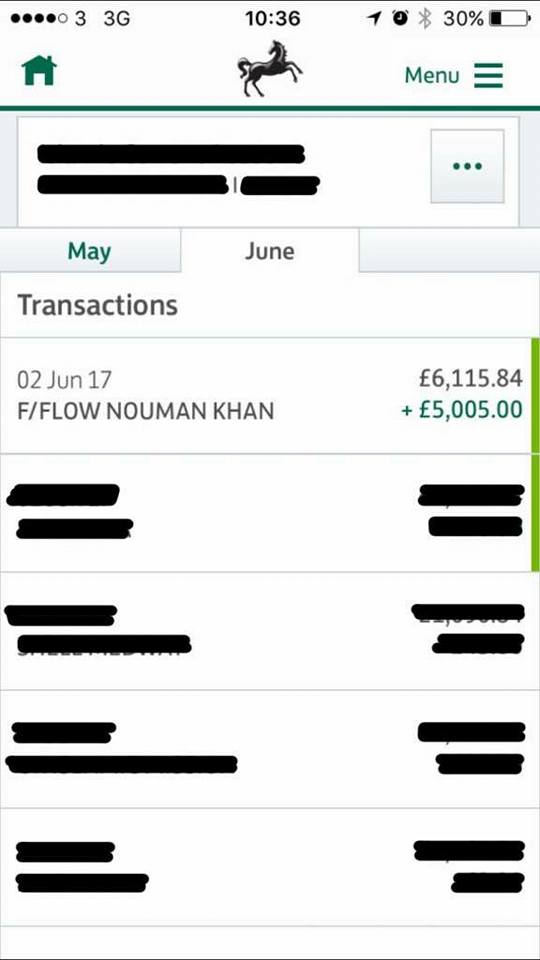 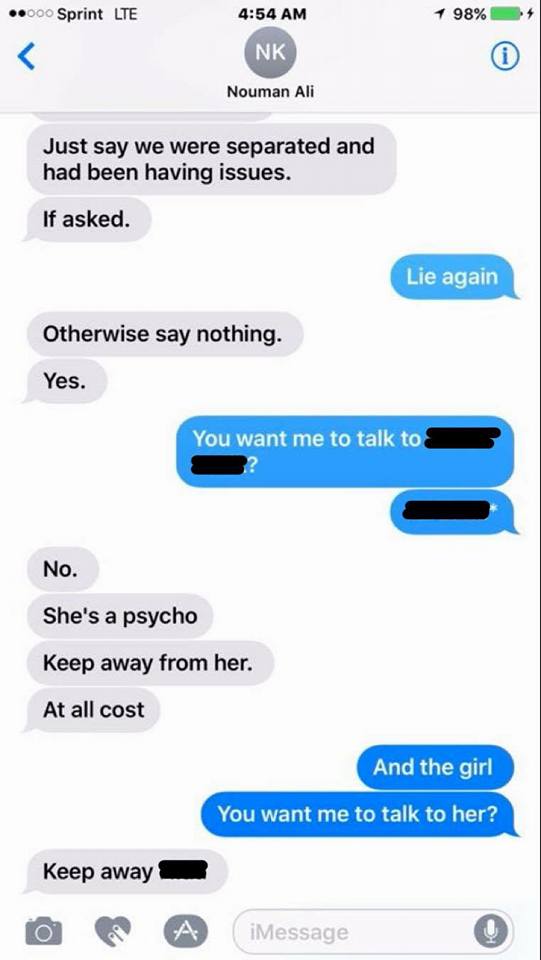 We are only human after all… What’s your take on this?