Given how a number of Muslims reside in England, the recent acid attacks have proven how the country is moving closer to hate crimes now. After a number of terrorist attacks followed by acid attacks conducted by the Englishmen on the Muslims, safe to say, Muslims are not safe in the English land.

According to a number of news outlets, Bangladesh vice-captain Tamim Iqbal’s wife was a recent victim of acid attack. Due to this reason, Iqbal left England county team, Essex, where he was playing.

According to the Essex County Cricket Club, Iqbal’s departure was confirmed but the reasons weren’t identified.

“Essex County Cricket Club can confirm that overseas player, Tamim Iqbal, has left the club with immediate effect due to personal reasons. We wish him all the best and it would be appreciated if Tamim’s privacy is respected during this time.” 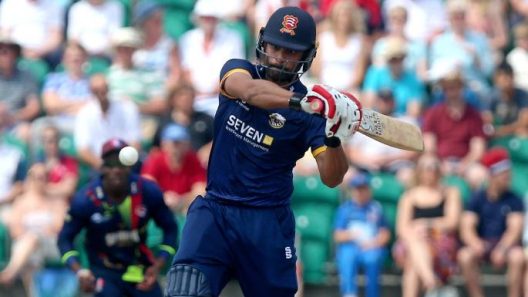 As per the reports, it was stated that Iqbal, his wife Ayesha Saddiqa and their one-year-old were exiting the restaurant. Ayesha, who covers her head with Hijab (veil) was attacked but the family somehow managed to escape. Due to this uncertain, yet brutal incident, Iqbal decided to leave the country and the Essex team cooperated.

However, the cricketer has now denied this report. While the Bangladesh Daily Star stated how the acid-throwing event took place, the vice-captain has denied the claims and stated the following, “Some media reported that we were the target of attempted hate crime. This is really not true. England is one my of favorite places to play cricket and Essex have been entirely gracious even though I had to leave early.”

Regardless of what the truth might be, given how the amount of hate crime against Muslims continues increasing, it makes sense how the family might be attacked.

Given so, we wish the family deals with the issue with patience.

While Fahad Mustafa Thinks He Didn’t Need Indian Industry to Become Famous, Shaan Sends Him a Reminder!
This Guy Has a Strong Message for the Person Who Hit and Ran over Him in Karachi
To Top