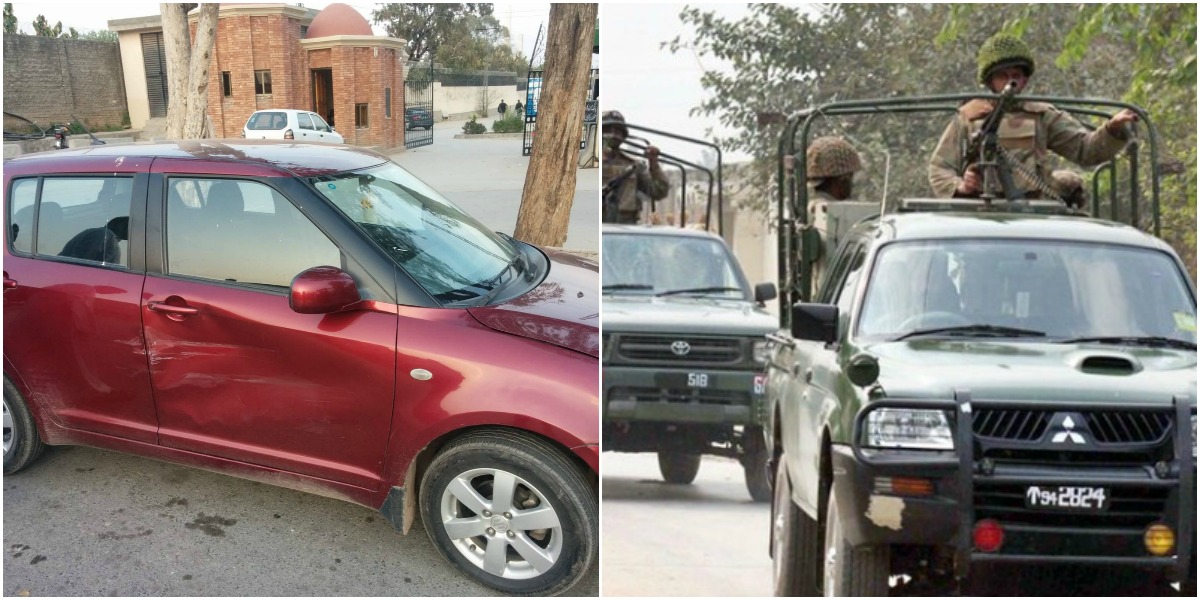 The recent incident that caught fire on social media involving the Motorway Police and troops of the Pakistan Army have sent perplexing waves of who is in charge around the country.

After a Motorway Police official was assaulted by soldiers of the armed forces, the civil-politico administration and bourgeois sector were quick to lodge protest on all forums of the country’s stake-hold as to how the army could boss their way in every nook and corner.

After a Motorway Police official was assaulted by soldiers of the armed forces, the civil-politico administration and bourgeois sector were quick to lodge a protest on all forums of the country’s stake-hold as to how the army could boss their way in every nook and corner.

What seems to be a very disheartening episode, however, can be dubbed as a wrong act committed by a few people. In context of the recent Motorway incident, one Pakistani shared his story on a social media forum on how he was treated by the Pakistan Army after his car was hit by an armed-force’s vehicle.

“I am a resident of Islamabad, I am a business man and run an engineering company. I am a person who loves to mind his own business but for last a few days I am getting to see countless posts and discussions regarding scuffle between motorway police and army officials. I felt that it is much needed to put my two cents to this issue.

Around 4 months ago I was driving my car out of Jinnah Park Rawalpindi premises, the time was around 4.00 pm when suddenly my car was struck by a 6FF Army unit white Toyota hilux from the right side. I pulled over and was shocked that he didn’t see me coming as he made a blind turn and it was purely his mistake. I furiously jumped out of the car and went towards the hilux.

A person who was sitting next to the driver came out and before I started my conversation he apologized and admitted the driver’s mistake. His gesture gave me a comfortable feeling that at least he agrees and I can convince them to pay the damages.

Still I was furious at the driver and naturally scolded him a bit. He didn’t say a word and was standing with his head down. In the mean the other official called a patrolling unit of Army to come and handle the situation, also informed me that the captain (I couldn’t recall the name) is coming in a few minutes.

I also called one my father’s friends who is retired Lt Col and asked for his assistance. He asked me the take pictures of both the cars and note the registration number. He confidently told me that the issue will be resolved so not to worry. After a few minutes army patrolling vehicle reached and a young captain came out of it. He started the conversation like “I apologize about the incident, mujhey pata laga hai ke humare driver ki ghalti hai”, this was again soothing moment for me.

The captain was concerned about the people gathering on the scene, so he requested me to follow him into the premises of army unit where we can sort things out. I agreed and followed him with that white hilux and crew. I had a side thought while going inside their area that they might pressurize me and what if they won’t agree then I will be helpless and won’t be able to do anything about it. Finally, we reached an open space where three more captains joined us and they also apologized on behalf their official driver after getting to know about the incident. 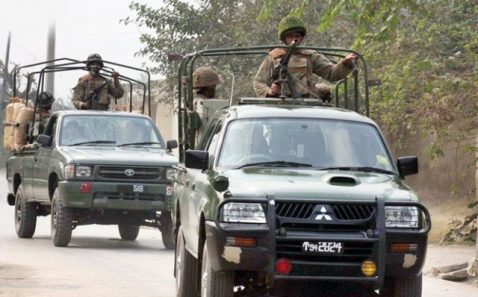 We all started discussing things in a very friendly atmosphere. To be honest for some time I forgot about the damage, I was astonishingly observing their friendly behavior and strong concern regarding my damages. The officials suggested not to elevate the issue to the higher officials as it will take a lot of time and hassle to resolve.

They were ready to personally pay the damages on behalf of the driver. When I asked how they are going to adjust it, they said they will cut it from the driver’s salary. Now I was relaxed and was completely satisfied with their conduct. I asked them that I won’t take money as I am if the driver will be able to afford it comfortably or not. They insisted me to take at least half of the money, so finally I was convinced and took 7k which was half of the estimated cost. The captain asked me to exchange numbers just in case if the damages were not properly estimated.

There I left for home without agony and completely satisfied. I was concerned about the driver’s low wages so on reaching home I called the captain and asked him that I will return the money in the morning. The captain told me that their unit incharge was informed about the incident and was impressed that despite of the damages I didn’t make a scene on the road and cooperated. He further told me that the unit incharge will bear it from his pocket so not to worry about the driver.

In the end of the conversation he thanked me and asked that he is hopeful if the incident didn’t give a bad name to the Army.  I said not at all!, infact I am impressed the way you all cooperated, my respect for Pak Army is doubled now.

So, in the whole incident not even a single time I felt like a “bloody civilian”. It is very unfortunate that as a nation we are in habit to generalize the whole institution for the misconduct of a few. We act like judges and give verdicts irrationally if someone is corrupt, kafir, wajib ul qatal  etc. I am also amazed by weak intellect and short term memory of the people who are using the term like “Ghazab e Azab” which is disgrace to a cause we all fought for. We all are in the state of war, we cant forget the sacrifice both the institutions made for us. If our army soldiers sacrifice their lives on borders then our motorway police officers also sacrificed their lives to stop suicide attackers. Institutions can be different but the cause is same and that is to “Serve the Country” and they are doing it in a much better way than most of us.

Whatever happened between MP and Army officials, I hope the culprits will be brought down to justice. It is dreadful to see the lame egoistic discussions without the history check. Both the institutions are equally respectful. We should stop putting allegations on these institutions and start thinking rationally about the situation we as a nation are into. So, let’s not divide ourselves!
May Allah Protect us all.”

The episode clearly shows the nature of Pakistan Army and their attitude towards the civilian cadre of Pakistan. However, again, it can be said that even this kind act was an act of a few good individuals. All in all, wherever you pick the bone from, there will always be arguments for and against. Pakistan Zindabad!

Momina Mustehsan Just Announced Her Relationship Status And Here’s How Twitter Reacted To It!
The Real Reason Why Maalik And Udaari Got Banned Is Not What Everyone Told You About!
To Top