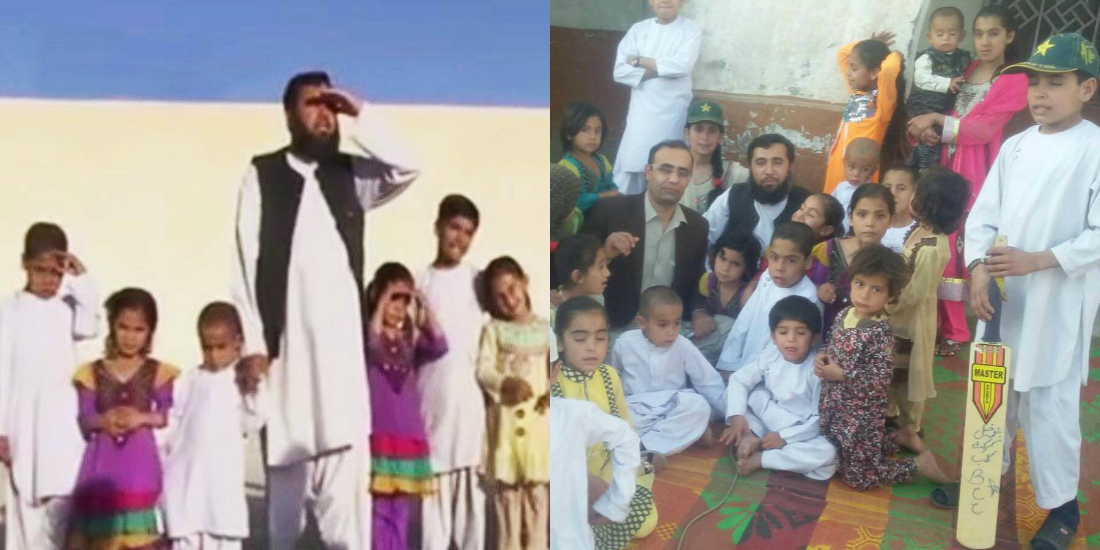 Jan Mohammad, a resident of Quetta, Baluchistan – who also happens to be a Pathan, has fathered 33 kids – 19 daughters and 14 sons – from his 3 wives. Yes, that exactly accounts to 11-a-side cricket teams, 3 of them (which probably would still play better T20 matches than our national team).

Jan Mohammad, who is 43 years old, says: “The bigger the family, the better it is”. Jan Mohammad also says he is still “young at heart”, which means he has no plans of stopping his baby-making-machine anytime soon. The cringe-worthy bit is that Jan himself is a doctor. He says that he doesn’t have issues feeding or clothing them, instead, the biggest uphill task he faces is ‘remembering their names’. Sweet.

Jan’s large family doesn’t reside in central Quetta city, but he along with his 3 cricket teams worth children live at the Eastern Bypass, the outskirts of Quetta.

“I spend about Rs 100,000 a month to educate my children,” says Jan, whose children age between 1-16 years. According to Super-dad Jan, his favorite child is his eldest daughter Shagufta Nasreen, who is a student of 9th grade.

“When Papa comes home, I am the first to open the door as soon as possible so he doesn’t have to stand outside,” said a smiling Shagufta Nasreen.

Jan’s particularly large family came into the spotlight when he had requested 33 numbers of B-form copies at NADRA for his children, which obviously, was very unusual. His request was rejected by Deputy Commissioner Quetta, but once the matter was looked into, the whole country ended up in an awe-inspired shock.

Since then, the Quetta Metropolitan Corporation has issued B-form copies for all his children. Jan was very hopeful when asked about if this number is going to increase in the coming years.

Also when asked about why he preferred such huge family, a smiling Jan said: “I had only one brother when I was growing up, and I was very fed up with that reality. I always wanted a large family.”

Well, all we can tell Jan is, from the 14 sons he has already given birth to, he should send at least 11 of them to a cricket training camp so in the future, we don’t have to lose to the likes of India and Bangladesh. Godspeed!

Also see: The Taste Of Baluchistan – 13 Delicacies That Remain Unknown To Pakistan

These 8 Jobs Are for People Who Are Crazy about Traveling!
5 Ways Mumtaz Qadri Defied Prophet Muhammad (PBUH)’s Teachings
To Top