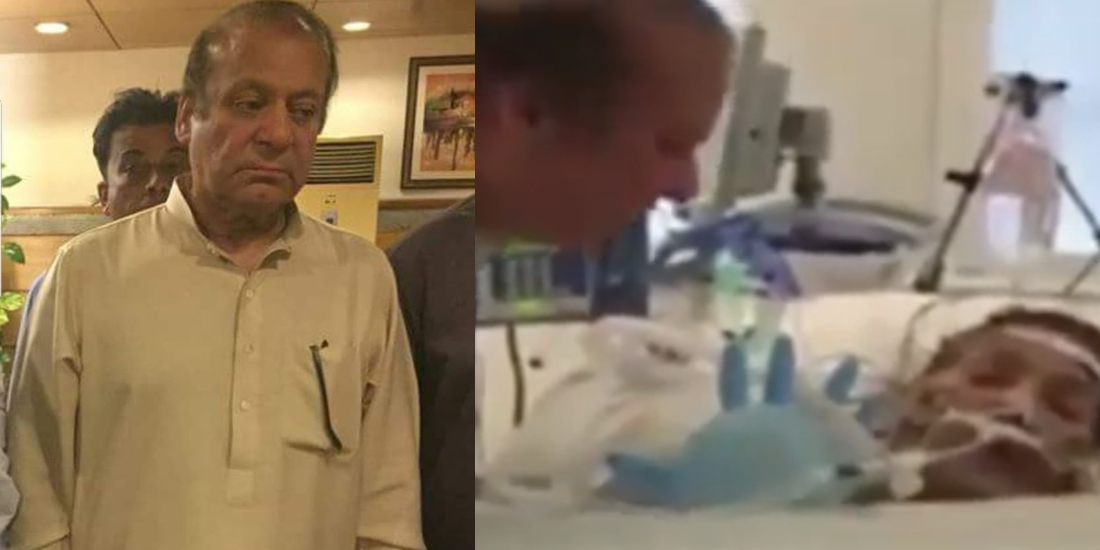 Kulsoom Nawaz was diagnosed with early-stage lymphoma last year, barely a month after Nawaz Sharif was removed from office by the Supreme Court. She had her last breath in London hospital on Tuesday. Later year, she was taken to London for her treatment and was doing all good until a few months ago when fell unconscious and never gained her consciousness.

The former first lady was put on a ventilator when she was unconscious; until the end of her breath!

This is the last moment of Nawaz Sharif and Kulsoom Nawaz being together, where he’s trying to engage in a conversation with her. Sadly, she was not conscious to do so.

Unseen video of Nawaz engaging with Kulsoom before returning to Pakistan pic.twitter.com/WsGwnNgjIx

Since, Maryam Nawaz, Nawaz Sharif and Capt. Safdar were in jail, the family was made to leave jail on parole to attend the funeral of Kulsoom Nawaz in Lahore. A special plane was assigned to the family from Islamabad airport.

The Punjab chief minister on compassionate grounds decided to leave them on parole; the duration of leave was decided to be 12 hours

The duration later is expected to be increased and the time from Adalia jail to Islamabad airport and Lahore will not be included into the time of parole.

In a brief encounter, Maryam shared her grief on how she was saddened that she didn’t share her mother’s last moment.

May the family have strength and patience to face this great loss. All the prayer are with the departed soul. May she rest in peace, Ameen.