This Islamabadi Family Protested Against Wrong Parking And It Deserves A Round of Applause! 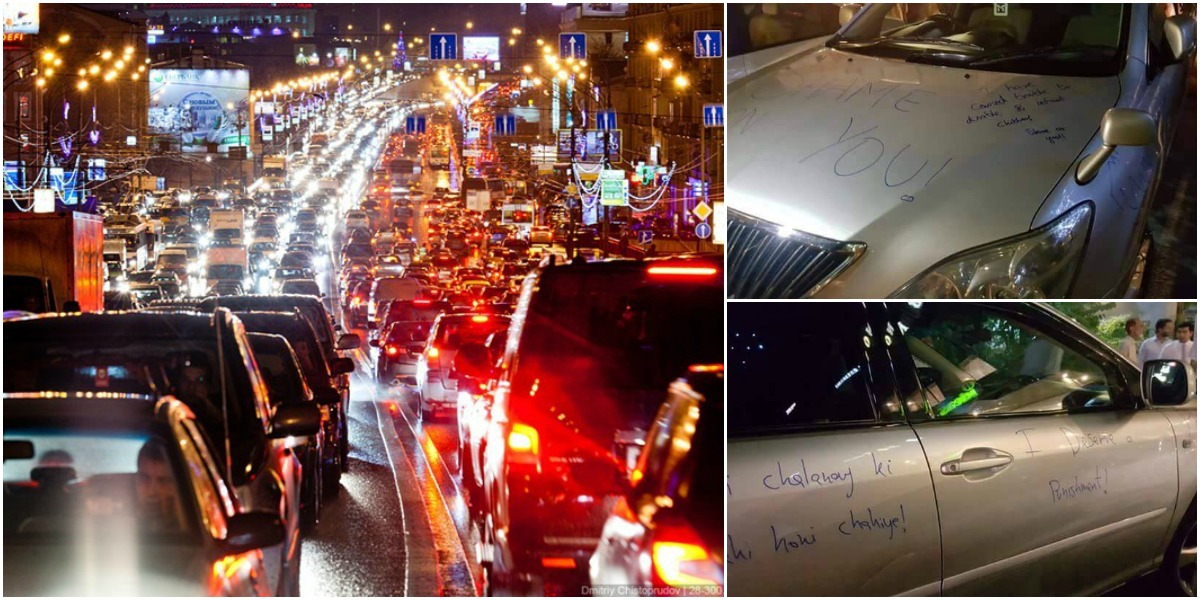 Traffic jam is no less than a panic and when you came to know the reason of the huge lines of cars with number of kids weeping, women with thirsty throats shouting on the mini bus drivers was just because of the ego of a person, you would definitely show your anger in a very possible way. The same reaction was seen in Islamabad when a party was suffered with a car parked in a wrong way.

He parked his car on wrong side on the street next to a famous dine in restaurant of Islamabad. It blocked the only exit way where about 50 cars were waiting for the route to be cleared, according to witnesses. Even the cars in the parking area were unable to turn for the pathway. When the suffering party, which included middle aged men and women searched for the car owner and found it after 30-40 minutes of huge struggle, the car owner simply refused to move his car.

And the sufferers took the revenge, they wrote messages for him on the car with permanent marker.

It is the fact that the nicest person even has a limit of patience, if due to the egocentric person more than 50 families in the 50 cars are suffering one could not be relaxed. There action was ultimate reaction. Some would say that Pakistanis are ‘be-sabre tareen awam’ but I would disagree. The one who is suffering knows the real pain. If the egoism can’t be controlled we would see more reactions like these by the elder and respectable citizens

Pakistani Hackers Troll Indian Pilots, Making Them Listen To ‘Dil Dil Pakistan’ As They Land In Kashmir
These 10 Dialogues Of Every Pakistani Teacher Will Remind You Of Your School Days
To Top