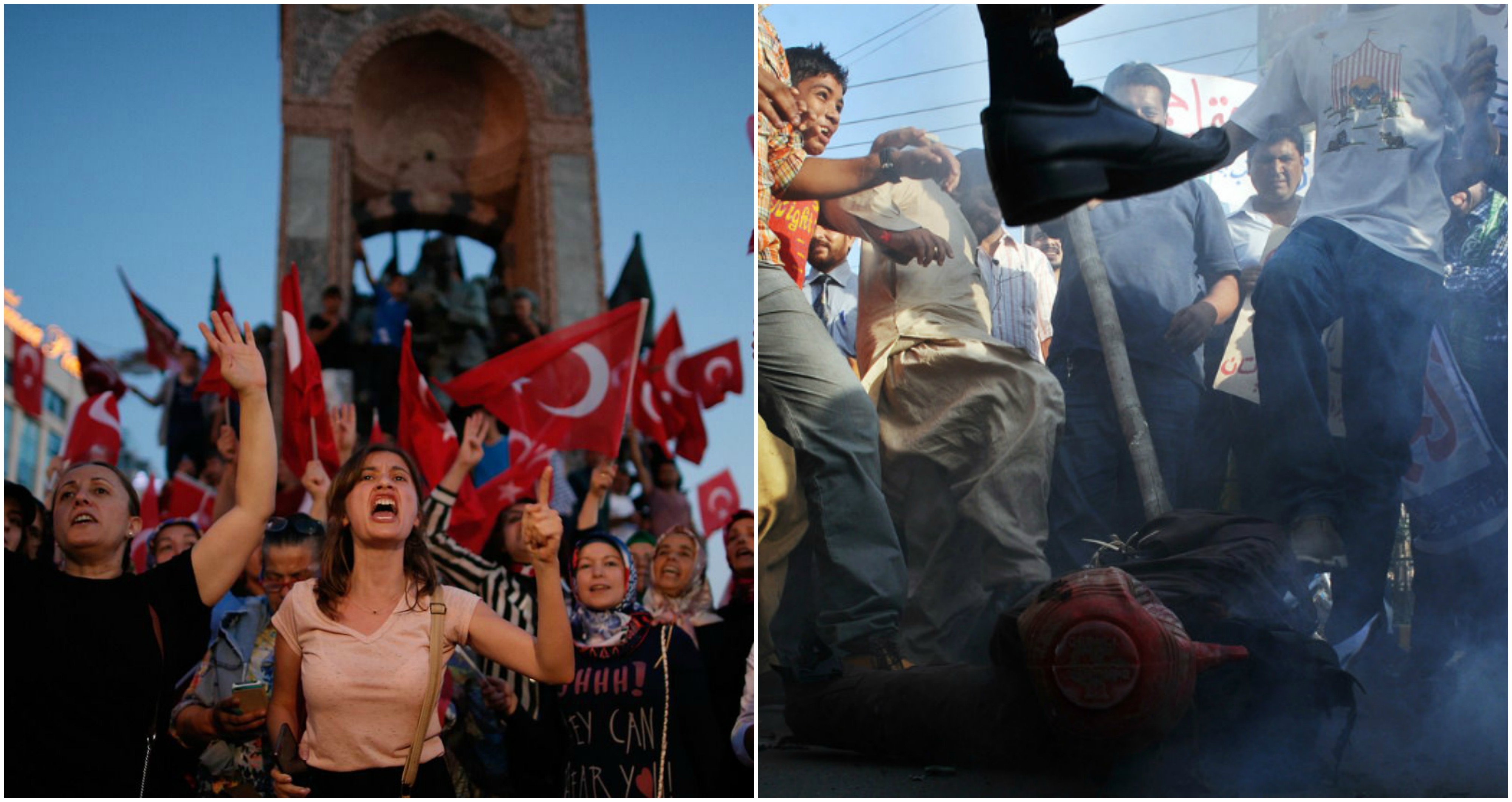 On the night of Friday, 15th July, the military tried to seize Turkey. I was amazed to see how the locals came out in support of the current political leadership and how chaos unfolded on the streets against the military coup. For the sake of the democratic system in their country, they united under the one flag and stood bravely upon the call of their President, Tayyab Erdogan. 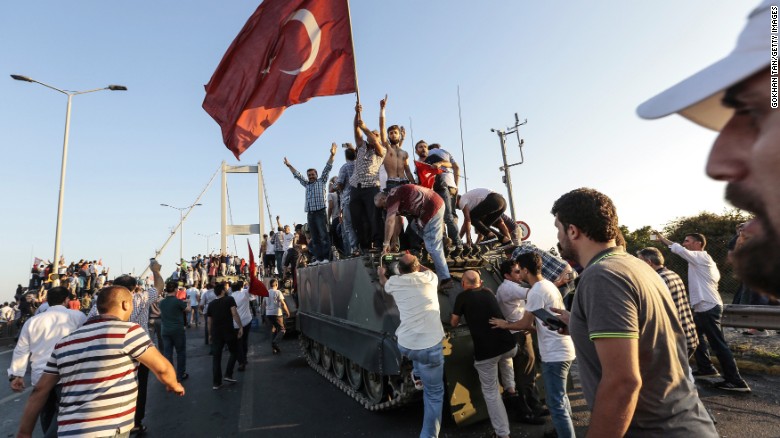 The shattered dream of Iqbal, Pakistan, is a place where political turmoil urges the locals to welcome martial law and dictatorship, regardless of whenever and however it comes. What are the reasons behind the idea that establishment is the madad e khuda wandi which should never be thrown out? And in a situation like what Turkey recently went through, what would Pakistani citizens do and why? What are the differences between them and us?

In the era of Kemal Atatürk (1881-1938), Turkey has made great developments in every field of life. In education, the policies were based on the conceptualization to easily adopt innovations occurring in the state. The schools obliged to propagandize loyalty to the Republican principles and the programs aimed to establish a modern, urban, social, and cultural lifestyle with a Western approach for the schools. 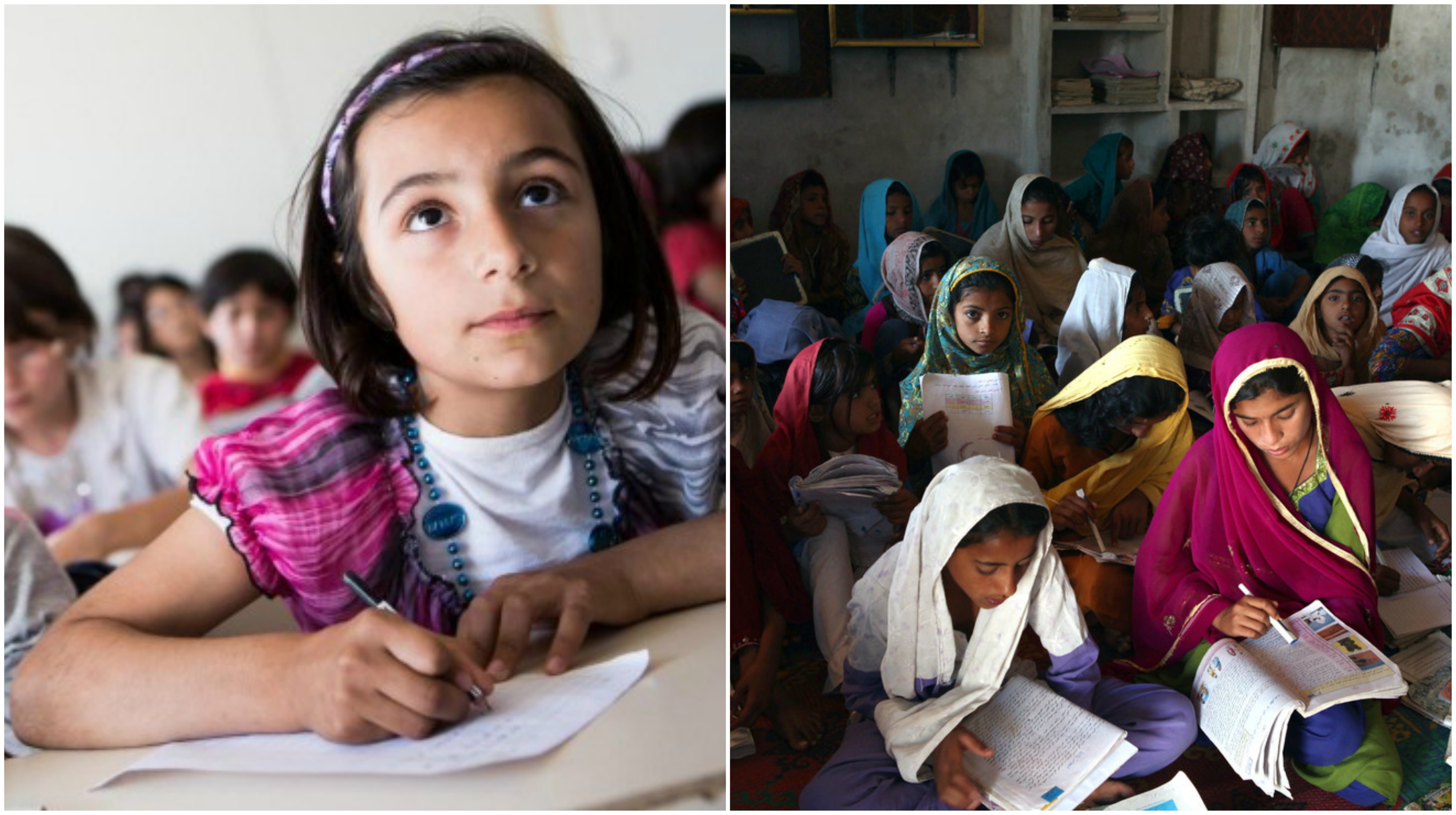 Since independence, Pakistan has never seen a stable educational system. From 1947-1954, the only committees set up were those to calculate facts and figures about the illiteracy rate. The language of teaching, the space for schools, and the lack of teaching staff were basic problems which were tackled with improper planning.

The Social and Economical System

Turks are the descendants of Mongols and Huns. Even though their ancestors lived in tribes, they are more well-versed in the socio-economic system than us. The pension system, gender-based problems, freedom of speech- all these issues have the solutions before it creates any problems. The country’s bid to join the European Union (EU) is also a factor in increasing foreign direct investments. The country’s position as a crossroads of East and West, among other factors, have led to its distinguished role in the Middle East and Asia. 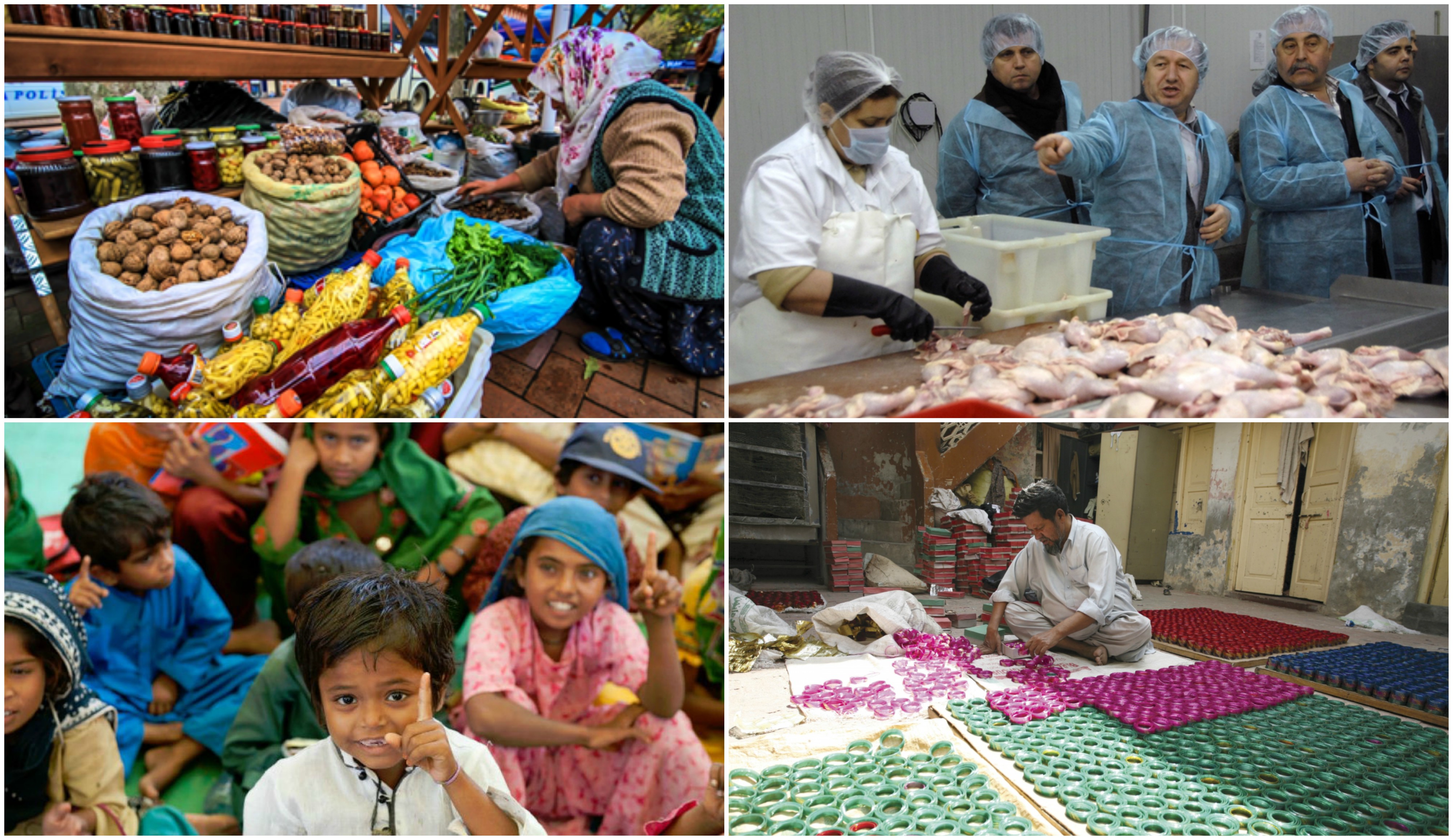 On the other hand, Pakistan developed under Ayub Khan’s era of development after about 12 years of independence because of no proper management. Afterward, the ups and downs in politics didn’t let the economy of Pakistan stabilize for ages. The same was done with social system, which is directly linked to the economic system. About 21%  of population are living below the poverty line and there is no one planning its reduction.

The Power of Voting 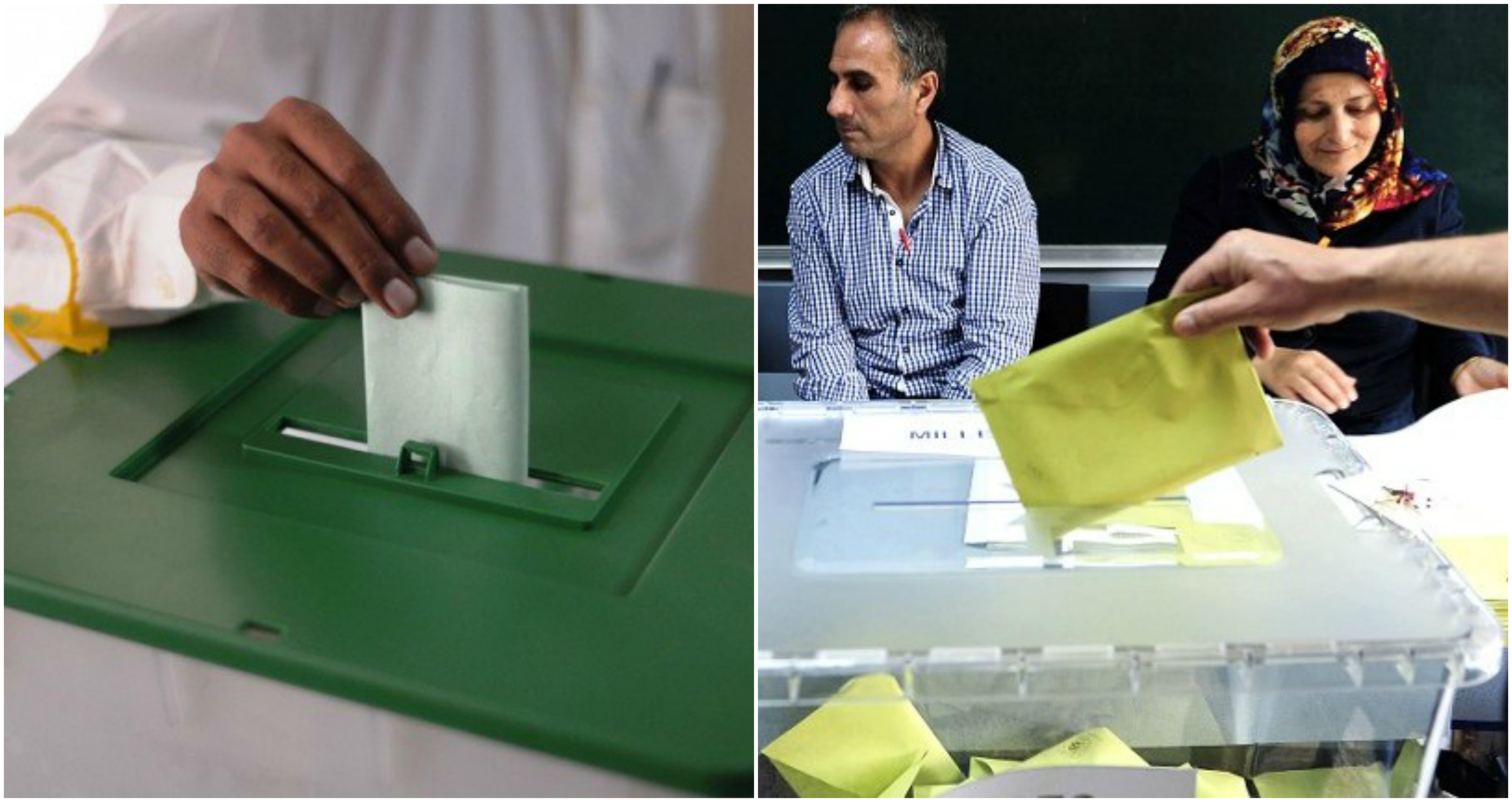 Last, but not the least, the Turkish people know the power of democracy and power of voting. In Pakistan, the blame game over the results of elections starts with the polling. The results of every elections have been rigged as per claims of politicians. Whereas in Turkey and other developed countries, they don’t waste their time with these sort of issues.

The major developments in Pakistan were being made under the military dictators i.e. industrial development, land reforms, setup of governmental institutions by Ayub Khan, establishment of Pakistan Electronic Media Regulatory Authority (PEMRA) by Musharraf, which impressed the locals of Pakistan in a very long way. We all know about the “khuda k liye aab aa jao” type posters for Raheeel Sharif posted countrywide by anonymous. 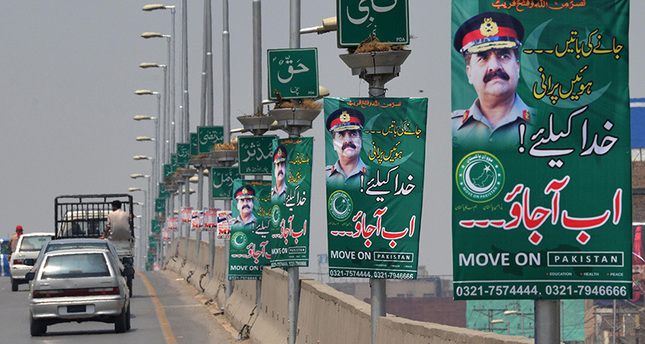 Democracy is the government of people, by people and for people. But for governing, one should be eligible for the criteria of a responsible citizen. The Turkish people are role models for us, not only in the way they prevented the military coup but in the way they stood up for their rights.

The #MisbahPushUpChallenge Is Now A Thing!
Pakistani Sister Kills Brother Over Honor And Defaming Family Name
To Top