This Is What Happened To Prophet (S.A.W)'s Family In Karbala After 10th Muharram|Parhlo.com 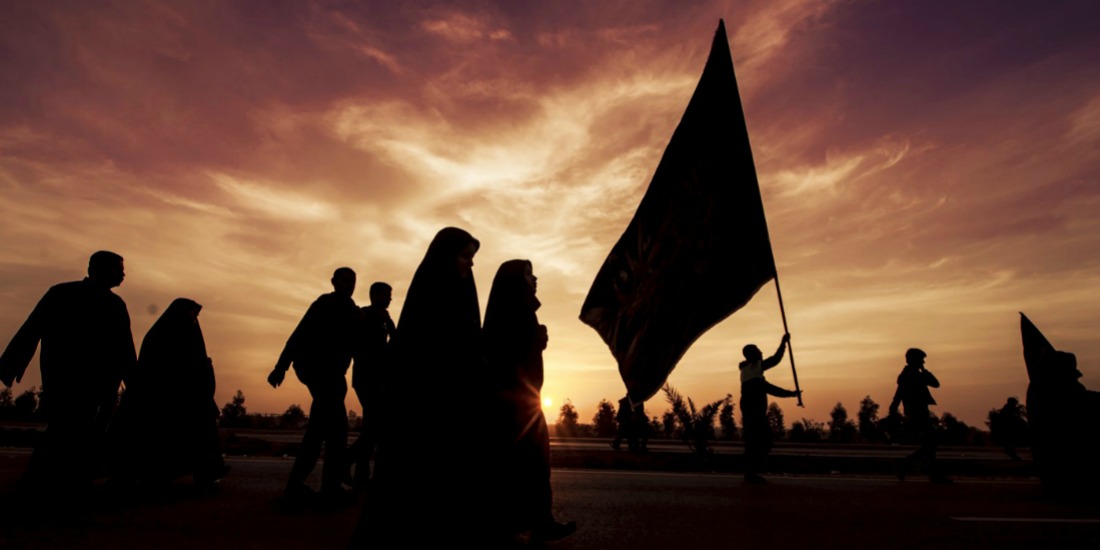 [warning: the story you will read is graphic, but not exaggerated]

On the day of 10th Muharram, when the last warrior of the tents of Prophet (S.A.W)’s family, Hazrat Imam Hussain (A.S) went for battle, he fought tooth and nail but was outnumbered by the enemy in great proportions. Imam Hussain (A.S) lost his life in battle and his arrow-struck body left lying on the ground. 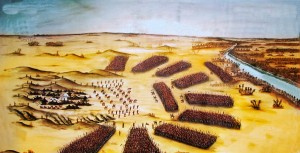 Source: khateebdeccan.com
[Illustration of the battle map where Imam Hussain and his camp had been encircled by an army of 30,000]

The inhumane treatment of the Holy Prophet (PBUH)’s family

The tyrannical forces of Yazid then entered the sacred tents of Holy Prophet (PBUH)’s family, looting and plundering everything they saw, even snatching away the Hijabs of the paak-women. Shimr, the evilest form of human, entered the tents too, when he saw little Bibi Sakina crying, he slapped her and ripped her earrings off her ears, with blood pouring down.

Bibi Zainab asked Sakina: “Oh, Sayeda Sakina! How did you recognize your father? A person can be recognized by their face or the clothes they wear. Your father is beheaded and his clothes are covered with red scars of blood.” 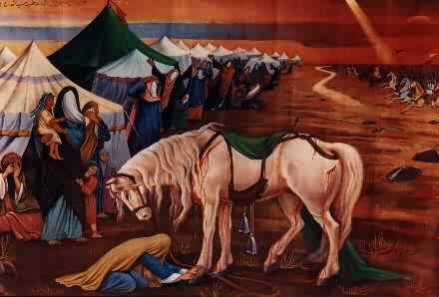 The torturous journey from Karbala to Kufa then Shaam (Damascus) 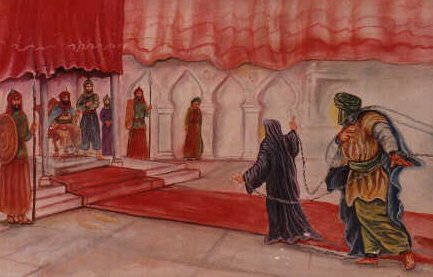 After the 10th of Muharram, the family of our Prophet Muhammad (PBUH) was put in chains, around their hands and necks, and forced to march towards Kufa. The only male survivor of Imam Hussain’ (A.S)’s family was his son, Ali ibn-e-Hussain, known as Zain-al-Abideen.

Upon reaching Kufa, the holy and sacred women of our Prophet (PBUH)’s family were paraded as they marched through the streets of Kufa, without their Hijabs, and their scarfs burnt, thirsty and hungry, sick and ill.

From Kufa, the family was forced to march to Damascus, Syria, the capital of Yazid. The journey was a torturous one which would last 20 days, many little children and others died on their way to Yazid’s palace. After entering Yazid’s palace, the women were kept in a dungeon (zindaan), where there was no food or water for them still. 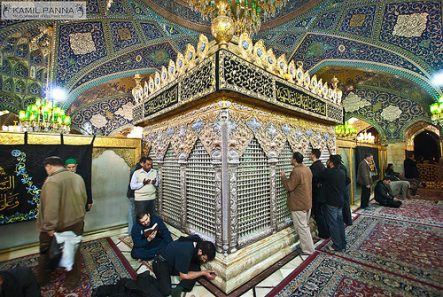 In the dungeon where the family of the Holy Prophet (PBUH) was kept, Bibi Zainab tried and console Bibi Sakina as much as she could, but the hunger and thirst was a little too much for the 4-year-old and she started losing her senses.

“O my dear aunt, Where is my father? A few minutes ago I was with my father, and he kissed me and said that ‘my dear Sakina you will soon be with me.’ But where is my father now?”

Little by little, Bibi Sakina grew quiet. She stopped talking and lay their in her aunt’s lap. That’s when the women thought that little Bibi Sakina had finally slept, but unfortunately, she had breathed her last. Bibi Sakina’s brother Zain-al-Abideen dug her grave in the dungeon of Yazid’s palace, as the rest of the women screamed in hue and cry: “Ya Sakina, Ya Mazloomah!” (Oh Sakina, Oh Opressed One!).

When Yazid got to know of this tragedy, not for him, but for the sake of an uprising, he let the other women and children go. When Bibi Zainab got out of Damascus, she narrated the story of Karbala and whatever had happened to the family, starting an intifada against the evil and sinister Yazid.

Thus, Islam was saved by a great sacrifice in the holy month of Muharram.