This Is How Pakistanis On Twitter Reacted To The End Of Brangelina! 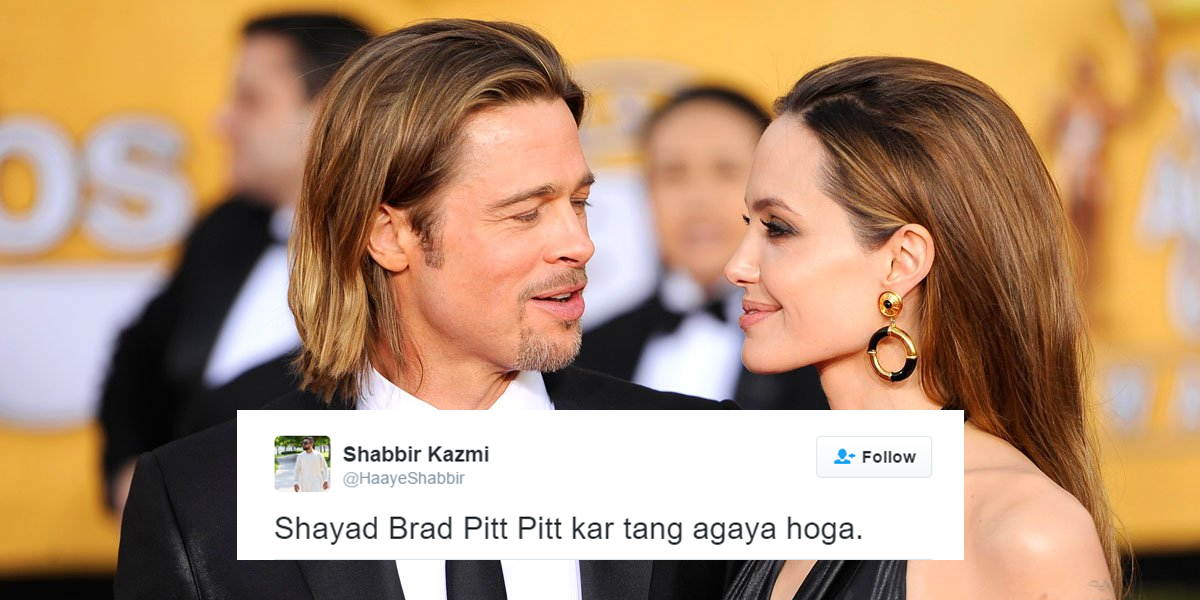 By now, we all have probably heard the news. If you’re one of those souls that live in a corner of the world and has no idea what’s going on outside their room, brace yourself. Angeline Jolie has filed for divorce from Brad Pitt. Brangelina is no more.

You might be wondering what this has to do with us Pakistanis. The answer is: absolutely nothing. It isn’t remotely related to us. Konsa hamari phuppo kay bachay paida nahi honay walay iss news ki waja say?

But, as usual, people lost their shit

Me coming online and seeing that #Brangelina are getting divorced. pic.twitter.com/4beFmm2oF1

Apparently I’m the only one who disliked Brangelina. ?

We are no one to decide who cheated on who and even if its karma or not. Let them decide however they want to live their life. #Brangelina

Then, of course, came the trolls

It was pure chaos

The sacrifice #Brangelina has made to divert IndiaPak Twitter from triggering Nuclear War is admirable.

Humans disappoint each other but pizzas don’t. THINK GUYS.#brangelina

She is SO lucky not to have twitter or any social thing. #Brangelina pic.twitter.com/OyDSgaU0E1

And one just hit all of us right in the feels

Brangelina splitting up hurts so bad, faith in love has been lost. If 2 rich, goodlooking ppl can’t stay together thn what chance do I have?

The point remains, though, that none of us will ever be affected by this. Hell, in a couple of days, most of us will have forgotten about it completely. So don’t make a fuss over it. Keep calm.

Besides, Momina is single abhi. Enjoy the knowledge of that while you still can!