This Intoxicated "High" Commissioner Was The Biggest Joke In The Award Ceremony And WTF?! 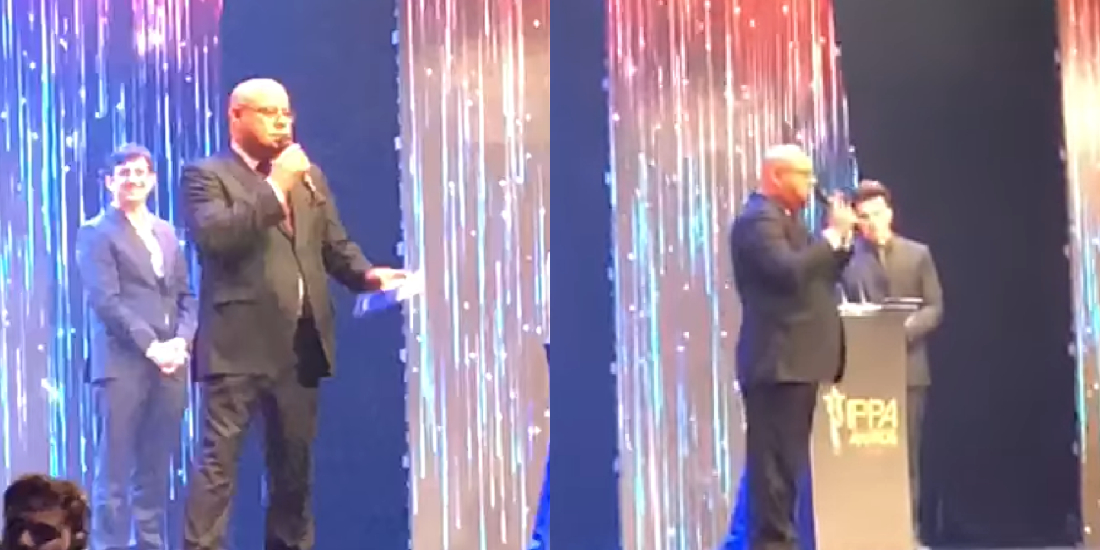 So, stage fright is actually a thing. Do you know that the people, in general, fear public speaking after the death! Yes, it is a big fear for people. Well, we all have seen someone in our lives fainting amidst the class presentation. No? And on other days we have seen people full of energy, the ones who wouldn’t get off the rostrum and then everyone has to pull them off of the place.

Something similar happened at the IPPA awards. But here the person was not just super energized but drunk too! Oh, yes. And not just drunk but VERY VERY drunk. The funny part was that he was to announce some awards but ended up entertaining all the audience. Do you guys know who he was?

Have a look at the high commissioner to the UK. Thank us later 😀

Anyone who justifies that he was not drunk, please ap jam e shireen doodh me mila k piyein aur so jaein. Did he just say “Actors ka b diet kiya, Ketos diet b kiya” What does that suppose to mean?! Poor Javed Shaikh, he too was trapped in the commissioner’s drunk jokes.

Later he was congratulating people for eid. Umm?

Someone secretly recorded the video of the drunk guy and uploaded. People were going crazy in the comments section; they trolled the hell of the commissioner sahab!

Lol, what even? nasha in the air?

People fully enjoyed it, after all, you don’t get to see a drunk person on stage daily 😀

Addicted* BTW why so much hate?


Aisa wala nasha karna hai aur phir sab bhul jana hai. Lol! He along with all the people around had pretty much a very good time. And the ones who saw it online, don’t lie you too had a good laugh at this. no? Liar. 😀

Shoaib Malik Announced Something Shocking About His Child’s Nationality And People Are Not Happy
5 Ways ICI Pakistan Ltd. Has Made a Difference in Our Lives which We Are Not Even Aware of!
To Top