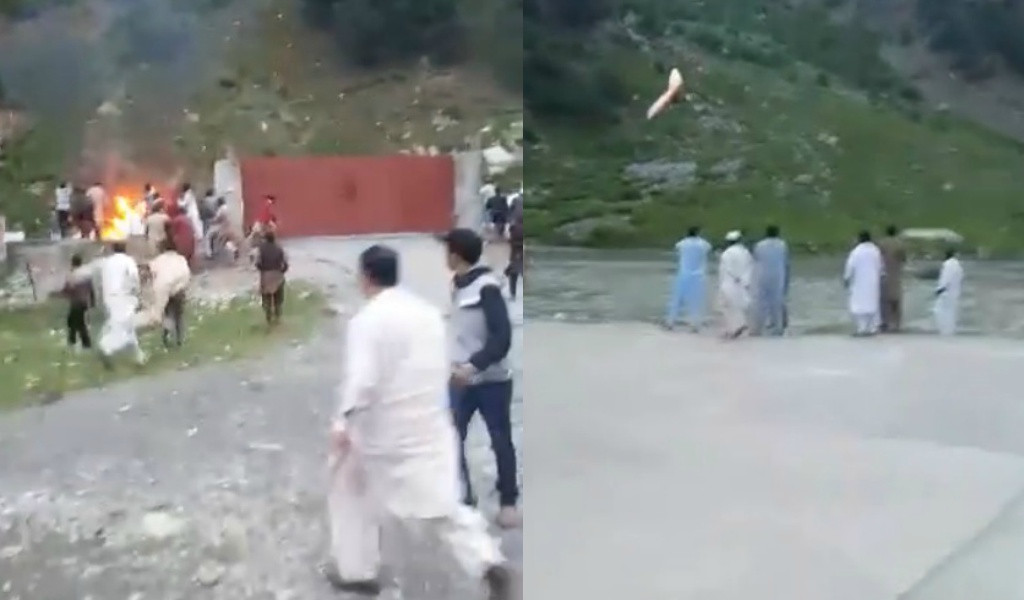 Things don’t seem pretty good in the northern areas of Pakistan, lately. A lot of life-taking incidents have occurred in just the past few months.  As many tourists plan their vacations to the beguiling areas in the northern Pakistan to have a good, quality time with their loved ones, but apparently, nature has something different planned for them.

The one thing that strikes a chord before setting out to such ranges is – Safety. Yes, people traveling to these areas in outrageous weather conditions are at a higher risk of encountering a mishap. With terrible road conditions and awful climate, it is better to be safe than sorry. But at times, it is not the climatic condition that takes a toll.

Recently, an accident took place in Naran, located in the upper Kaghan Valley in Mansehra District of Khyber Pakhtunkhwa province of the Pakistan. In the video (below), a man was seen in an Ultralight glider which came crashing down and burned into flames. The video seemed to be shot at the rafting area where there was a decent crowd of people. The man making video captured the glider on his phone and to his dismay, the glider came crashing down.

Within a matter of seconds, the glider was burning in flames and the crowd ran towards it to save the man. Fortunately, it is safe to say that the man made it out alive! Sources who were present at the location said that this ‘risk-ride’ was being offered as a facility for PKR 15,000, without any safety precautions.

As much as flying these Ultralight gliders are exciting and exhilarating, it is necessary for all the safety measures to be taken. Risking others’ lives is not the right way to earn money, and as an individual, one should be careful and smart enough to make the right decisions and to avoid life-threatening experiences.

What do you think about this incident? Should such facilities be offered to attract the tourists just for the sake of money?