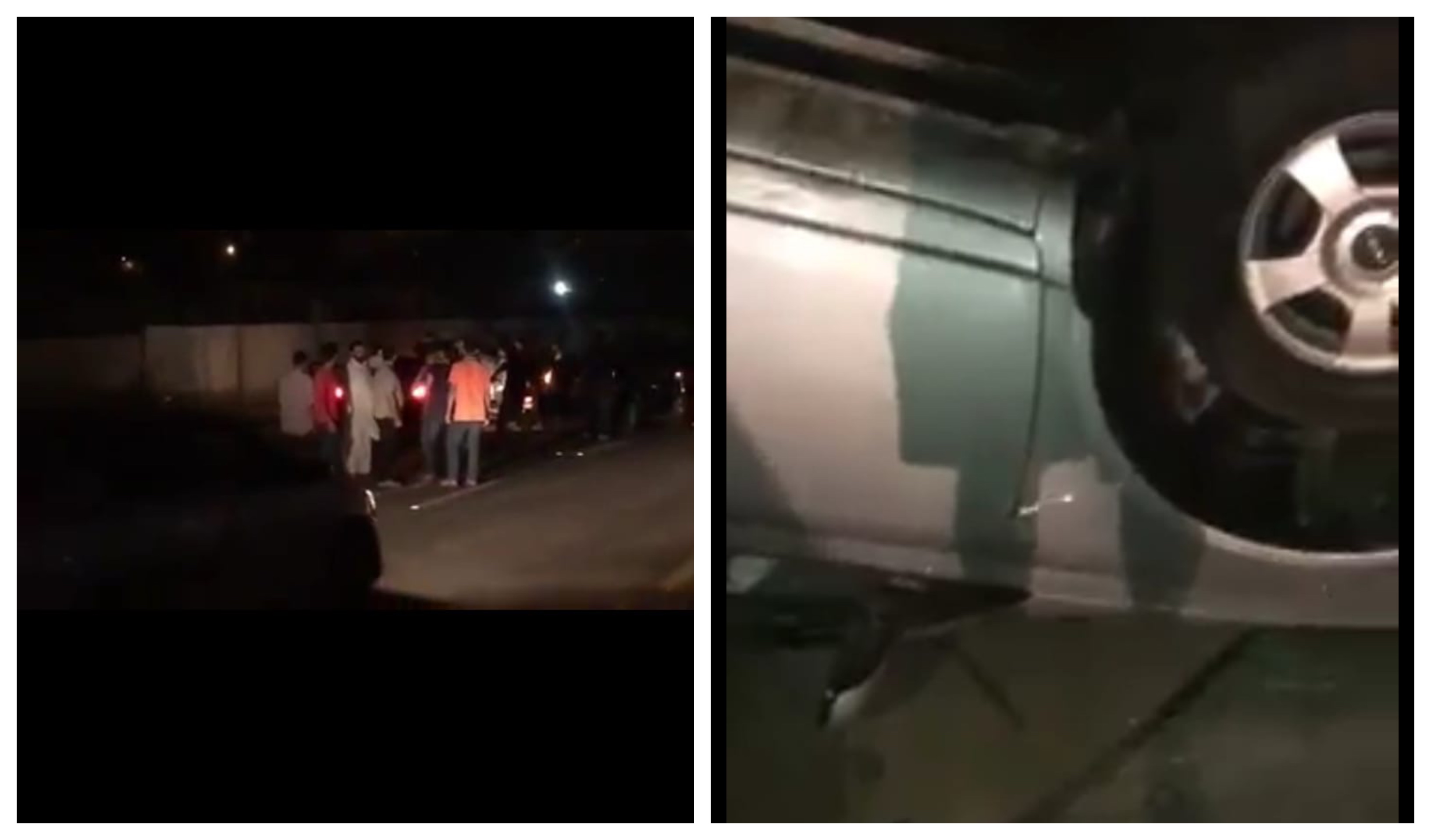 We take a lot of things for granted and wait for something horrific to happen in order to raise our voice. A recent post on social media is making rounds for all the right reasons but the question is will the authorities take corrective action or leave everything as it is. Here’s what the post reads:

“Things need to change in this city. Public servants are meant to do their job.
Around 4am I got a call from my friend that he got into an accident with a BUS and that his family was badly indured at Dalmia Road near Bahria University. I was with my friend and his family, so we made the arrangements for the ambulance over the call. We reached there in approximately 12 minutes and moved the injured ones into the ambulance for Darul Sehat Hospital, consisting of 3 females and 2 kids who were badly injured.

That passenger bus was turned into a goat carrier vehicle, Interior Sindh to Karachi. The seats were detached and tied up on the roof. The car was behind the bus and one of the tied seats from the roof of the bus fall down infront of the car. My friend tried to steer towards the left but he couldn’t manage to dodge the hurdle. The car hit the fallen seat, rolled over on the left side of the road and landed on the car’s roof. However, all of them managed to come out of the car.

Now the problem was, the driver wasn’t there so I talked to the conductors who were apparently walking, and doing all the negotiations etc. I heard their side of the story and at that point they agreed that it was their mistake. Their boss talked to me on the call, we made a deal which would include that
a) He will pay for all the damages
b) He will pay for the medical expenses
c) The vehicle will be under the custody of the police till the things aren’t settled (BIGGEST MISTAKE)

We called the cops, they took the driver with them. At this point, the cops didn’t ask us, they left with the driver instantaneously. Honestly speaking my six sense indicated me that something will get wrong. Anyway, we called the lifter and sent the car at the workshop. We did not know that the whole thing can change in 20 minutes. We went to the Shahrah e Faisal Police Station (Drigh road). The driver changed his stance, he said that my friend injured his man who was trying to pick up the seat. We asked the cop if that is the case, they should bring the injured conductor for which we were accused of at the POLICE STATION only. However, the police couldn’t find the injured conductor which was never there in the real incident.

We didn’t do anything out of the law, we were trying to go through the legal channel but we weren’t getting anything out of it. So in the end we made some calls and got out of that mess. The victims (my friend and his family) were turned into the criminals because they hit an invisible man!

Personally, I didn’t want to call the cops. But there was no choice. Things need to change. Because if something happens again I will not call these ASSHOLES! These assholes can’t even walk properly. They only know how to make money. Sometime for issuing NOCs and verifications, sometimes by taking bribes from the hawkers and the list goes on.”

Please share your thoughts about this episode in the comments section.

Gigi Hadid Wears Shalwar Kameez To Celebrate Eid With Zayn Malik’s Family
This Peer Promises to Make Anyone Fall In Love With You And Everyone Is Looking For him!
To Top