This Hashtag Has Come Up With A Solution for All Your Money Problems! - Parhlo

We’ve all been there. It’s the end of the month, you’ve spent all your money on food again, and you’re so broke you’re pretty sure your wallet is judging you. 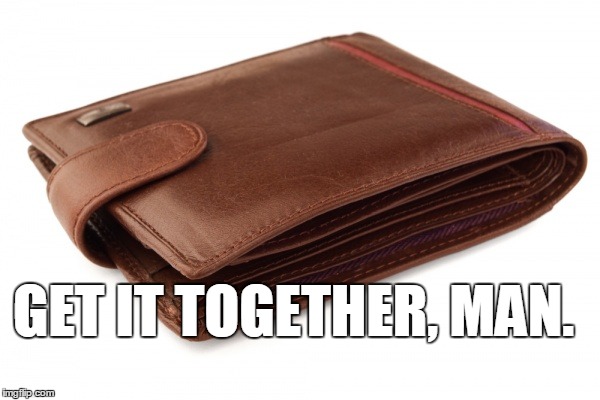 But until there comes a time where you can responsibly manage your finances, Twitter has come up with the best solution for your money problems.

By complaining about it!

In a new Twitter trend, people are ranting about their lack of money, but trying to look at the upside of being poor. The humour in everyone’s mutual sadness will leave you in stitches!

Like this guy who knows being rich in thoughts is important.

#IDontHaveMoneyBut my imagination is obscenely wealthy.

Or this particularly ambitious person who is planning what to do with his money!

This duck is basically all of us!

#idonthavemoneybut I’m willing to use the kids as a distraction to take some of yours. pic.twitter.com/96YVrvPu1b

This guy takes the ~money lacking~ situation into perspective!

#IDontHaveMoneyBut neither does the government

These people who have their priorities set straight, so they’re okay!

#IDontHaveMoneyBut I’m still asking @rihanna out on a date

#IDontHaveMoneyBut
I got a booty!!!

#IDontHaveMoneyBut I have 5460 followers on Twitter. That’s just as good right?

This guy whose wishful thinking is what makes the world go round!

And last but not least, this person who truly knows what’s important in life.

#IDontHaveMoneyBut I have a roof over my head & food in the fridge so that means I am richer than 75% of the world. Perspective is key.

More money, more problems! Let’s try to keep our issues into perspective – and invest in an accountant!

The Untold Story Of A Pakistani Serial Killer Who Wanted ‘100 Mothers To Cry’
Pakistani Drama “#Udaari” Gets Major Support On Twitter!
To Top