The past few months have been a horror for many Pakistani men. Given how the local women went on the roads, marched and cycle their way to create awareness for their rights, many men and sadly, some women have bombarded the social media feeds by pulling one another down.

The men being the “superior gender” continue saying how these walks will never break patriarchy, dissing on women, mocking their slogans and defending the vile acts that have given their gender the edge to get away with acts that ruined the lives of many women.

Without understanding the movement, for centuries, women have been thrown down by the “superior” privileged gender.

While It is Difficult to Break Patriarchy, Sarem Leghari Khan from Lahore Wrote a Long Message for his Brothers On How They Can Be Supportive Towards Women 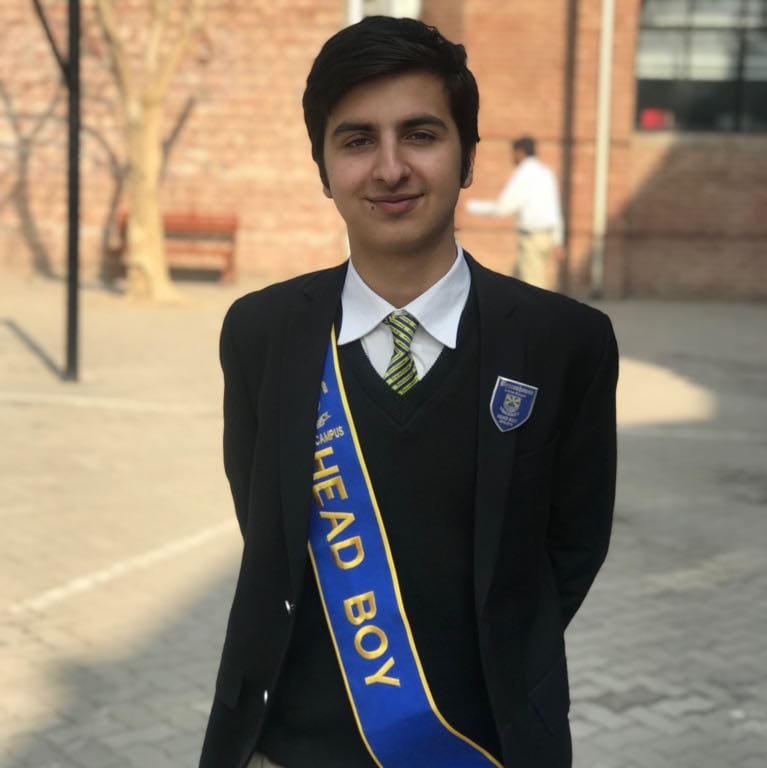 Here what Sarem narrated; it is a long post, but very accurate:

I feel like this needed to be said, all at once. Feel free to engage in *healthy* discourse. Tw: Assault, R*pe.

The tables have begun to turn. For once, it is misogynistic men in Pakistan who are scared of the opposite gender. They feel the ground beneath them shake as women dare to rally together and ride motorbikes, raising slogans demanding greater rights. Something about a bold women wearing jeans and a button-down shirt racing through Mall Road on her bike as the wind crashes against her hair sends shivers down the spines of men in this country.

How dare she have the audacity? Men are scared that women have finally begun to awaken from their patriarchal spell and are now realizing that they deserve equality. Something must be done, before this goes too far, before other women also start calling for basic freedoms. But men have adapted, they have found smarter ways to discredit the feminist movement in a variety of illogical ways which are easily accepted by a society already built on the fabric of misogyny. 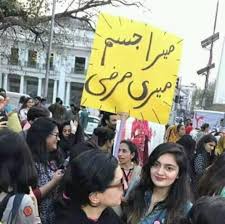 So to all the insecure men out there, here’s a 101 on how to discredit and defame women who dare to march on the streets to demand their own rights.

1. Use the tool you have always used, women whom you’ve brainwashed into putting down other women. Let them fight amongst themselves. Let other women give long lectures to those pesky feminists about how they loves to cook for their husband and families and about how they don’t really care about riding motorbikes. Praise and glorify these women who put down others from their gender for daring to divert from the norm . Then glorify yourself, you can’t be a misogynist if you praise women for cooking great food, right?

2. Spread the narrative that feminists are classist and don’t know the ‘real issues of Pakistani women’. If they respond by claiming that they suffer from harassment on streets as well wave your fancy diploma in their face, after all you did write a dissertation on “Real Issues Pakistani Women Face”, right? Either that or you suffered those issues yourself, and if you’re a man I doubt it’s the latter. 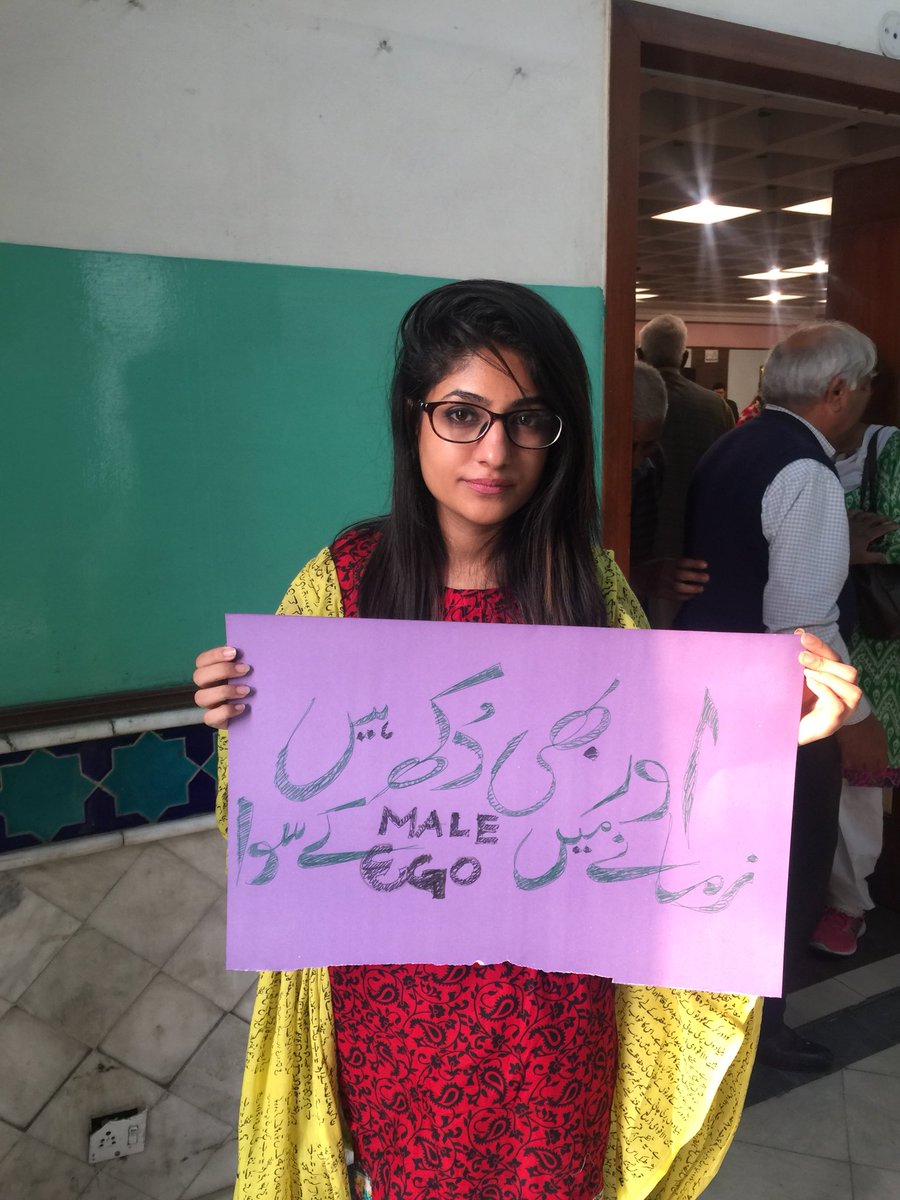 Then, when feminists try to argue that they can fight for issues like domestic violence and simultaneously fight for their right to wear jeans while not being groped on the street tell them that they are wrong. Don’t give them a reason, you don’t need to justify yourself, you’re a man, you’ve never had to.

Side note, though, only bring up issues like domestic violence and female illiteracy in order to delegitimize less severe issues like harassment and mobility. Because lets face it, you don’t really care about the struggles of poverty stricken Pakistani women either.

3. Trivialize the problems that they feminists try to highlight. If they discuss how underprivileged women lack access to sanitary pads make jokes about how men also don’t have condoms and pretend like 7 days of mandatory pain per month is the same as an optional 5 minutes of relief. Share memes about this and tell women that it is disgusting to want to talk about something so ‘gross’. Here’s where you can use those brainwashed women we talked about earlier! Get those mothers and aunties to tell their daughters they are unclean, impure, and to not talk about these things. We don’t want to have girls who try to get better hygiene, now do we? How will parents have money for their son’s cricket bat then?

If women raise slogans like “Warm your own food”, tell them it isn’t that hard of a job to do, while also arguing that you don’t have enough time to do it. Don’t worry, they won’t see the contradiction in those statements, they aren’t as smart as you, remember? Isn’t that what your 4th grade math teacher told you? Here’s where you bring some of that elitist rhetoric back! Make sure to ignore any of the hundred of media reports documenting women being murdered for not preparing food up to their husbands standards. That can’t be true, you’re a husband, and husbands love their wives, you could never do such a thing, so they couldn’t possibly have either!!!

4. Talk about Meninism. Discuss how men are raped too and that women don’t really want equality and only care about their own rights. Ignore the fact that men have been getting their rights and their way with things since the beginning of time. Ignore the fact that you didn’t care about men being raped until feminists brought the issue of rape up. When feminists call you hypocritical for being the same men that laugh at boys who are assaulted and call them ‘gays’, deny it and tell them you are tolerant. When feminists try to eliminate toxic masculinity and the stereotype that ‘Boys don’t cry’, tell them to mind their own business and not interfere in Men’s rights.

5. If all else fails, go back to some of the classics. Tell them men and women have different roles in society and god created them this way. Even if women have been proven do outperform men in certain fields call that an anomaly and claim that those women slept their way to the top. Yes, use religion, it is your strongest tool. 97% of this country is Islamic so feminists can’t really object to that, right? Tell them that they are being indecent Muslims and upsetting their maker, while never even bothering to ask them whether or not they even conform to your religion and never caring to ever read the translation of a single page of your Holy Book which clearly outlines a framework for equality.

Nobody notices or cares about the pain if they’re too busy laughing at it all. Do not forgive them for a single misspoken word, the same way the rapist did not forgive her for letting her ankles show.

But maybe, just maybe, don’t do any of these things. Maybe just shut up and listen to women and their experiences which you are incredibly unfamiliar with, see their perspective, try to understand their suffering. Recognize your privilege and try to correct a historic injustice. Women trying to make public spaces a safer environment for women of all classes at the risk of criticism from men like you and their own families and friends are brave, and should be appreciated.

So if you’re a male, acknowledge the privilege and be a good male ally. If you’re a woman, please don’t put other women down, men already do that enough. You, as a woman, may not personally want to do things other women want to do but just because society allows you to carry on with your sewing and cooking it does not mean that you trample any other path that a woman chooses to go on.

Dear men, please take a note and learn something from this fellow Pakistani man. Work together instead of working against one another.