This Guy Jumps Off A Bridge To Save PTI’s Flag And What Happens Next Will Leave Your Mind-Boggled! 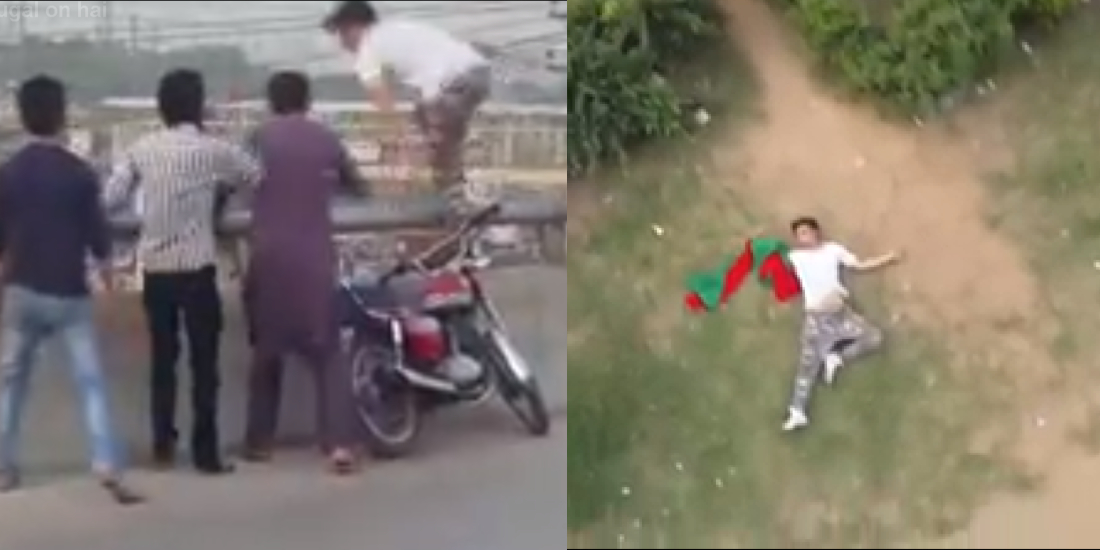 So, this year, elections have been very different than the 70 years of whole Independence of Pakistan. This year, people are aware; They know what they are dealing with, they know what needs more attention when it comes to government’s work. So all the woke people on the internet recently started adding to their timelines how they no longer support PTI! Well, they have their facts with them. This act also includes many celebrities who claim to leave PTI and choose to support an independent candidate.

Well, we then have some people who try their best to save the lost face of the political party. Though on the surface, a vast majority still doesn’t know what really is happening since they seem to be too indifferent to all such things. These people belong to the clan who are either PMLN supporters or do not support any party at all!

This video below would enlighten the dead brain cells that were never used. YES! These boys from Karachi went a little too far…

The youngster jumped off the bridge in a fight, when the PTI flag was thrown down the bridge

Yes, now that you have seen the video, it is expected that you, too, have recognized the fact that HOW STUPID IT IS! What was the sole purpose of it? Or for that matter, what do they really want to portray with their “superb” skills?

Here’s what people have to stay about this “Mind Blowing” video:

Well, the people of the “Islamic Republic of Pakistan” aren’t stupid enough.

Full marks for the superman fly the guy had off the bridge and some additional marks for the styling he had after he landed and draped himself with the flag, which was thrown before him. Marvelously done. *Slow claps*

Actors in the making? Inspired by Rajnikant probably! 😛