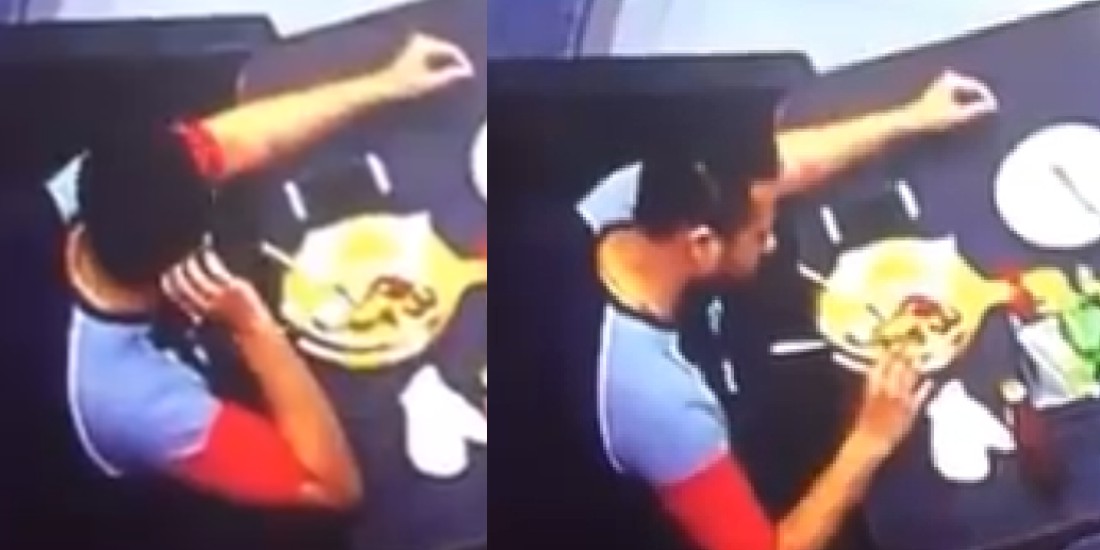 To everyone’s surprise, we all have seen brands being bashed on social media. People on food blogs and groups share photos of food being stale, rotten, or show any sign of the brand being unhygienic. But we only see one side of the story as always. Upon complaining, the food chains usually, have to compensate the customer in the best manner possible.

Finding someone else’s hair strand in your food can be utterly disgusting and can make you leave dry heave a little; which could make people into thinking about having another bite of that food. But to be honest, it doesn’t hurt anyone to wreck someone’s life. Since FDA doesn’t put any limit of hair strands in food to be acceptable, no one files a lawsuit on any food chain. BUT! That doesn’t stop any diners from fowling their own meals or putting their own hair in their food in hopes of getting another meal.

This guy from Hyderabad, Pakistan did something similar. At a Pizza parlor in Hyderabad on Auto Bahn Road, this guy ordered food and just when he was about to finish his food, he took a strand of hair from his head and put that on the side of the platter and called the waiter to see the plate and asked him to replace the food and have a new one.

This is the CCTV footage of the act

People reacted to the video on facebook and it seems legit. Many couldn’t believe that this could be true or people can steep so low for “just a free meal” but guess what? This is a normal practice these days since food chains are very easy to be bashed. One photo of food, a bad review on social media and boom!!!

True that!! It’s the commoners as well

This is the question! Why do people do such stuff?

Some people took it as a joke and thought of doing it.

HAHA! Legit. No hair no problem

Well, doesn’t seem like him! He’s not Waseem for sure. But that was funny 😀

On a lighter note, what do you guys think of this act? This is the other side of the story that many people may not have witnessed. What’s your stance on what actions should the eateries, take? Comment below to let us know.