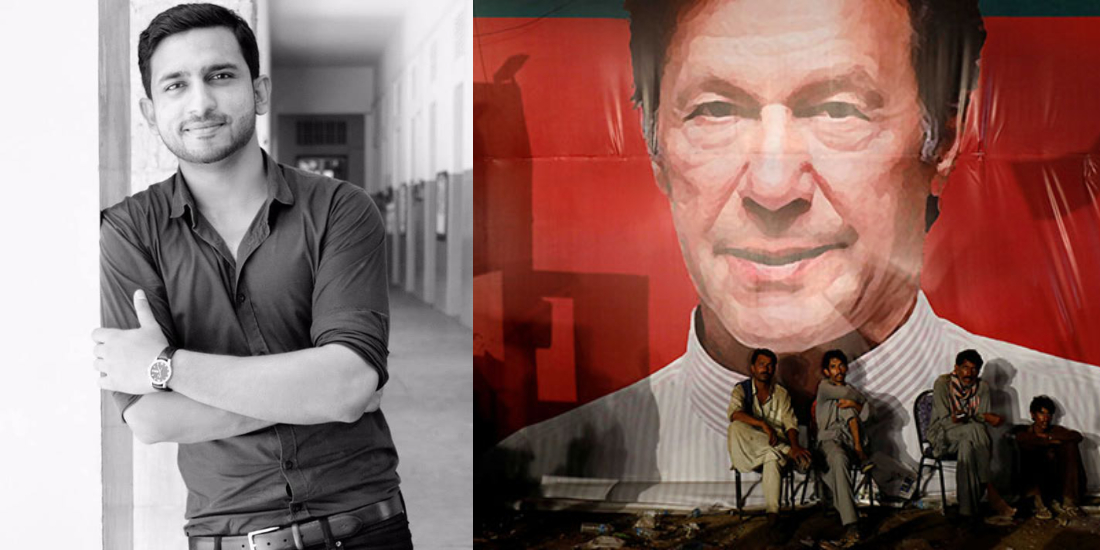 The fate of Pakistan for the next five years is almost decided. The official results are yet to come but we all know what it would entail! PTI is winning and made all the difference. They broke MQM’s legacy in Karachi; Probably the most surprising thing of the year. MQM used to rule the biggest metropolitan of the country, but things changed. The face and fate of the country were placed in the hands of the people of Pakistan, but it is played by the leading authority that is chosen by those blessed hands.

Pakistan has chosen Kaptan as the next PM of the country which ranks 5th in the world in terms of population. Now, here’s the concern. He will be PM for the first time and he’s going to rule 20 crore people and the land of it! The people who voted for him have high hopes from him – probably the only hope Pakistan was left with.

In hopes, this guy like any other Pakistani, congratulated kaptaan saab but raised some concerns about the PM-to-be!

“Congratulations Kaptaan, you’re finally going to get what you wanted. Your second major victory. Unlike 1992, try not making this all about yourself. A lot of us were inspired by your campaign in 2013. You got so many of us to get off our asses and into polling stations. Thousands got behind you because they wanted relief from the hellhole Pakistan had become in those 5 years from 2008 to 2013.

2013 se waqai bahut Tabdeeli ayi hai. Sab say zyada aap mai. Personally, I don’t care if you get married 12 times or do a kilogram of cocaine every month. But you are expected to have substance, grit and integrity. Time and again you’ve betrayed your own people and you’ve backtracked on your statements. Jo iqtedaar mai aye begair aisa hai, who aakar pata nahee kya karega. Probably a khan with malice in his intentions might’ve been less dangerous than a Khan who is inept. Also, good luck managing the filth you’ve accumulated in your party (Because jeetnay kay liye zaroori tha)

People on the margin will not be able to sleep well tonight. Thinking of which butcher your unstable think-tank is going to form an alliance with. But everyones patience has worn thin, so maybe its good that you finally get your chance. You whining for another 5 years, is something we can all live without.

I hope you prove us wrong. May you serve the country with tact and valor. Tough decisions will await you. And may your followers, who right now have nothing other than ‘Zardari and Nawaz se toh bethar hai na’, have the nous to be your most fierce critics.

Mubarak toh thek hai, but how is he planning to run the country?

Congratulations Kaptaan, you’re finally going to get what you wanted. Your second major victory. Unlike 1992, try not…

Pakistan made the impossible, possible! Now it’s time for the chosen one to do the action. 20 crore people made their move. Now it’s your turn Kaptan! Show us what you got.

Let it not be another dirty game of politics. Let the democracy not fall funder on its decision.