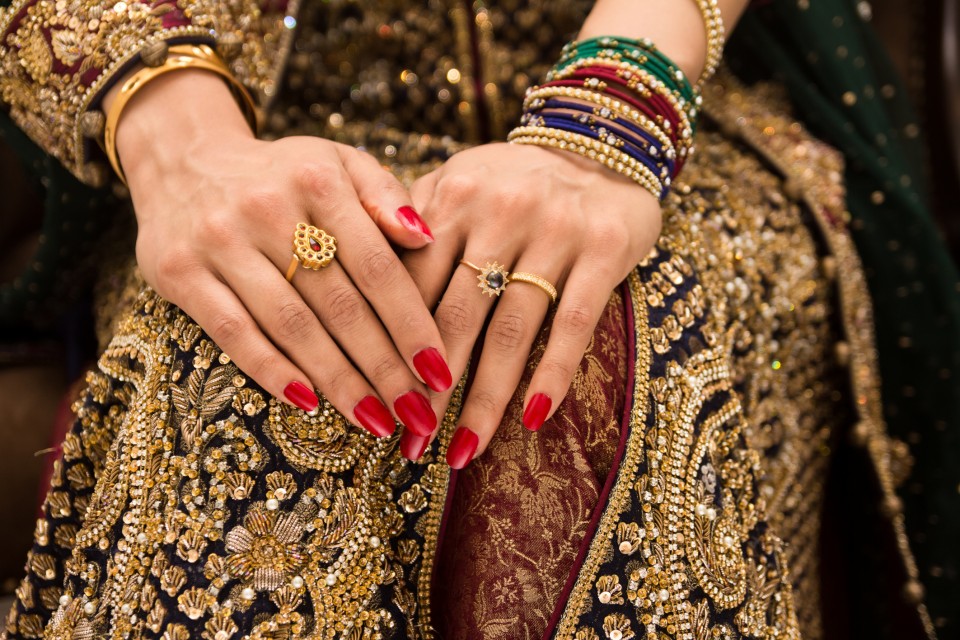 The past has been the concern of many when it comes to the foundation of a new relationship, especially marriage. The stigma of tieing the knot with someone who has never previously been in a relationship has ruined the mindset of many – both men and women.

In this advanced, modern age, however, being with someone who’s company you adore means no harm. With the end goal being marriage, many go for a relationship not only because they love each other, but because they want to challenge their compatibility before deciding to spend their eternities with one another.

However, at times relationships fail and sadly, the option of marriage leaves the deck.

In the future marriage/relationships, the past of any person is questioned. This indeed is an entirely wrong concept. People make mistakes – those in a relationship that failed may have done the same. This doesn’t mean that they become less lovable or less worthy of marriage. However, the many judge others based on their past.

Here’s what the page shared:

A Reality Check For Guys.

Ohkay so here goes the dilemma. As a man, you should realize the existence of emotions. The girl you are about to marry may have had relations, flings and flirts in past but what you need to concentrate on, she is about to become yours forever.

Stop behaving like a hypocrite and remember your own relationships when you are about to raise a finger at your girl. You need to understand that in this era of Facebook, Whatsapp and many other social networking apps, it isn’t a big deal to be in a relationship or to have a past.

Everyone has a dark side either it’s you or your girl, this hypocrisy needs to be stopped and if you aren’t willing to leave your bads, do not except your girl to behave differently than you. I am not a feminist but the practice of finding a pious girl is becoming a rampage rather than just the search for a soul mate.

If you are engaged or nikkahfied with her, trust her and make her so comfortable that both of you can share your pasts with each other. Believe me, thinking and practicing this different approach won’t only make your bond stronger but you will live your life with sheer comfort and beauty.

Become a reason of soothness for her rather than being a symbol of fear. Accept pasts and move on with your image on her heart. 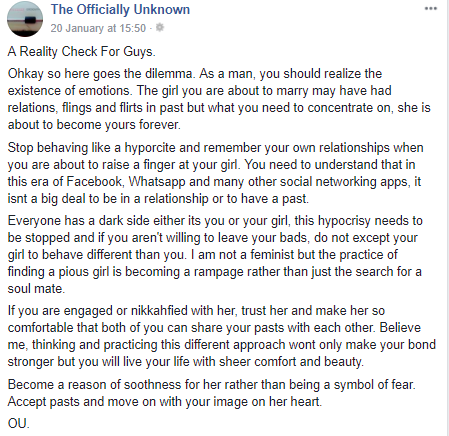 These 14 Pakistani Actors Delivered Jaw-dropping Performances in 2017 and Need Your Vote!
Roger Federer Celebrated His Victory In A Remarkable Manner
To Top