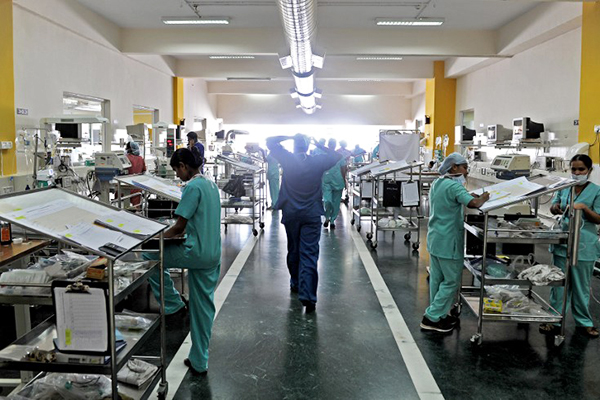 Sidra Aslam, a blogger from Islamabad, lost her father to an accident he met on the second day of Eid. But was the accident fatal or was it the ignorance and the carelessness of the hospital authorities that Sidra had to lose her father? Dejected and disappointed, Sidra shared her story on twitter and left everyone in shock.

The accident happened on 2nd day of Eid

He got hit by a motorbike but he was over speeding and two bikes crossed each other and my father got hit by one.

A patient is critical and they won’t be calling any doctor unless some army personnel shows up. The doctors are not available. But they’ll only come if someone from army calls.

They told us we should take him to CMH Kharian

Well, probably because you refused to treat the patient in Jehlum.

They won’t get treated because they are civilians? Are the lives of civilians not as important as someone from the army?

A PATIENT IS DYING and doctors are saying stuff like these they need someone from high post to call them so they can check him?

After CMH Jehlum and CMH Kharian the person in critical condition was taken to PIMS Islamabad.

We shifted him to PIMS Islamabad and this happened at 4:38 am and my father had accident at 9:30 PM can you imagine

When asked to check

in PIMS i asked a doctor can you please check him i can see he can't breath properly, doctor replied

They come all they way from Jehlum through Kharian to Islamabad hoping to finally get someone to check the patient and this is what they get in reply?

When finally diagnosed with the real problem.

There was no empty room to operate on him.

THERE WAS NO EMPTY ICU TO OPERATE HIM

Again the higher ranks or army

And we talk about our government being corrupt when this is what happens among us.

You have weak faith

No don’t blame the doctors, it’s your faith. His time had come, nothing could save him alright?

This is one of the many tragic incidents people face on an everyday basis because they don’t have enough contacts to get their loved ones treated properly or on time. This is not about one Sidra Aslam but about everyone who has every faced discrimination when someone close to them is fighting for their life. Sidra cannot get her father back but she can enlighten us with the reality in the hope that justice is served and no one gets to face what she did.

This Is Why For The First Time In 36 Years, Pakistan Is Not Taking Part In The Olympics
Top 3 English Artists That Ruled The Music Industry In The 60’s and 70’s
To Top