As common as breathing oxygen, each day we come across stories on social media where some random stranger treats another social media user in the most inappropriate manner. It has become so common that we convince ourselves with answers we don’t even like.

Thoughts like “You should’ve just ignored him/her.” or “You should not even reply to such people.” are shared as a response to help us control our urge to give the people who think it is their national or religious duty to comment on every random stranger on social media a shut up call.

As obvious as it looks here, this picture is what we usually see on random Facebook international pages. However, this guy who claims he was drunk while talking to Sakina thought it is Sakina in this image and decided to comment on her dignity. Here’s how the conversation went:

Note: the name of the person who messaged Sakina has been removed. 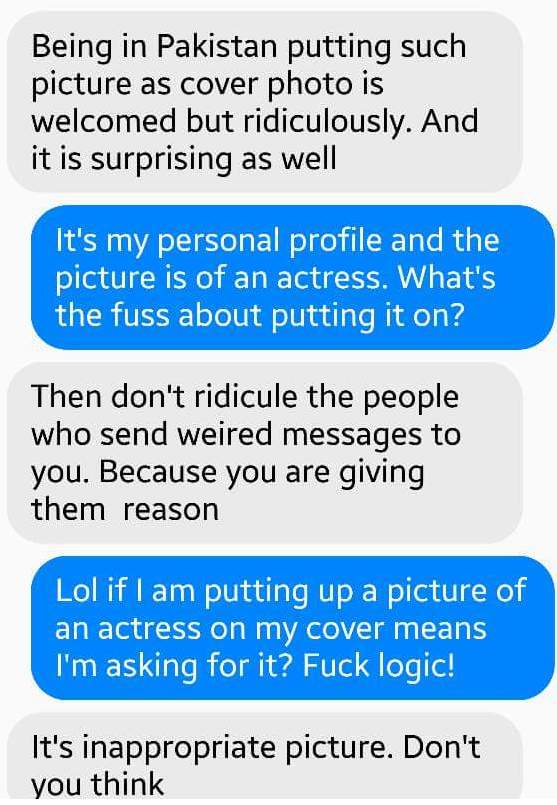 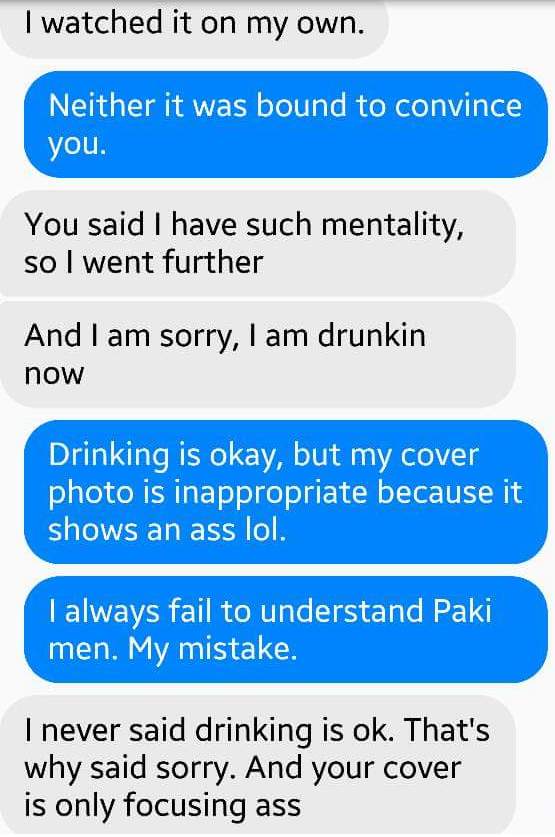 Yep, this random drunk guy thought that instead of getting his act together, he needs to message a girl that her cover photo shows an ass which is obviously more sinful that what he is doing. *Slow claps*

What makes people right today is how they have to comment on everyone like it is their own business and feel they are angels who need to save people from committing sins.