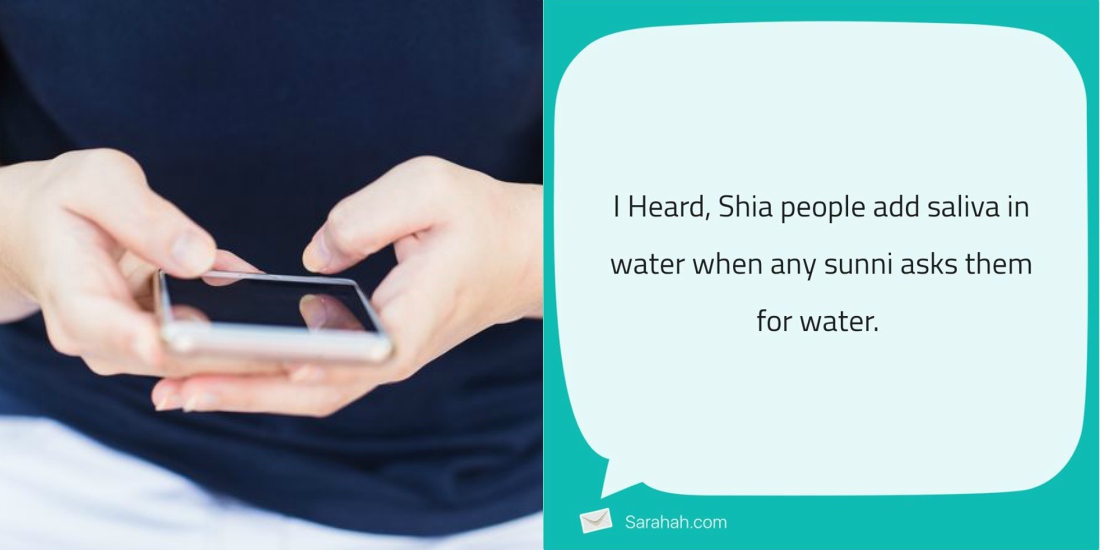 There are certain topics we avoid talking about in public and amongst those is ‘Shia vs Sunni’. Discussing religion, sharing your own views and opinions on a particular religious aspect has now become too controversial and a lot of people even avoid discussing it openly in the public. The result at times has been life-taking.

In Islam, Shia and Sunni are the two biggest sects in Islam and are often found debating on the beliefs that are practiced by the people who support the mentioned sectors. However, some of us have failed to realize that back in old days, there was only one complete religion with no division, which was Islam.

Recently, Syed Uzma Jafrii was also targeted by getting a message from an anonymous user on the much famous phone app ‘Sarahah’ targeting her religious sector, asking her a question which she would never have thought of. She then shared it on her profile with the public and chose to answer that person in the most humble way possible. 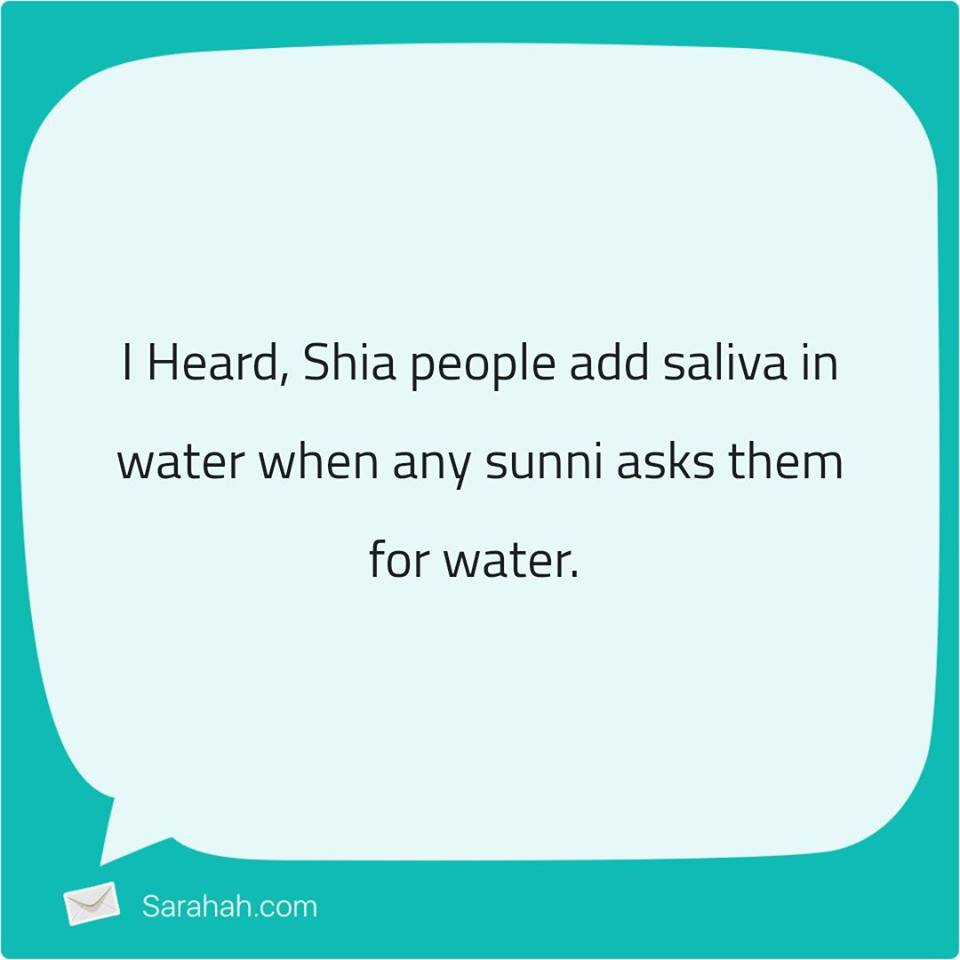 and here’s what she had to say:

“HAHAHA I’M DEADDDDD.
Okay, you think we spit into a glass of water before giving it to anyone? Let me tell you a few things.

One: Spitting into water or something would neither give us any benefit nor kill you because we don’t have arsenic in our saliva. So chill.

Two: Have you ever heard,”jhoota khane or peenay se pyar barhta hai”? If you have been drinking that spittle mixed water for centuries, why do we still have religious sectarianism? Mohabbat honi chahiye na?

Third & last: Do you know who is HUSSAIN (a.s)? He’s Prophet Mohammed’s (PBUH) grandson who’s family was not allowed to drink a single drop of water in Karbala. Kids were crying by saying, “we are thirsty”. Whenever we drink water, we recall Karbala. We remember Hussain.”

HAHAHA I'M DEADDDDD.Okay, you think we spit into a glass of water before giving it to anyone. Let me tell you few…

Indeed, this was the best reply Syeda Uzma could answer with and we appreciate how polite she was about it.

We often forget the purpose of Islam which is to unite and not divide. And, as far as the differences are concerned, we are no one to judge or point out people, rather only Allah (SWT) has the power to judge and knows what’s deep down in our hearts.