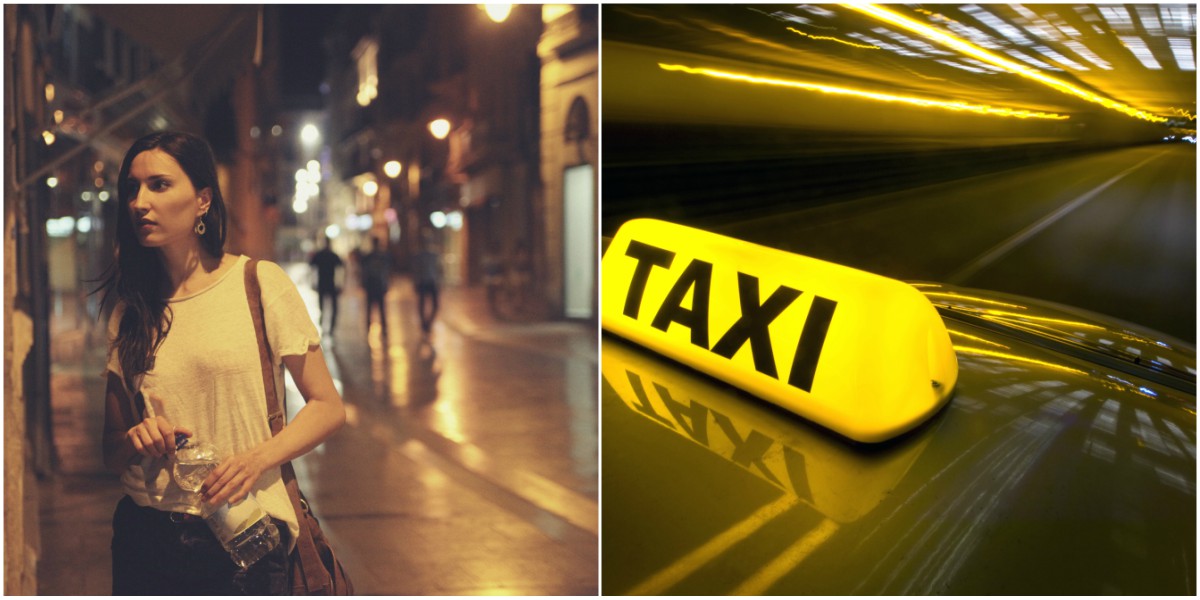 Disclaimer: That girl is me. This incident happened to me.

Since I came to Pakistan, I’ve used all kinds of transportation means – may it be qinqi, rikshaw or even the local bus service – if there’s anything I haven’t used to commute around Lahore, that has to be a donkey cart.

I was the happiest when taxi services were introduced in Pakistan. However, with the passage of time and with more experiences, I have noticed how taxi services like Uber still lack a proper system of evaluation and screening.

Here’s one of the recent events I faced:

This weird thing happened. My sisters and I, along with my neice and nephew, 1 yr old each hired Uber cab and the guy refused to drop us (1)

We Were At the Emporium Mall, Johar Town

It was 8pm,he came late to pick us up. Babies were creating fuss. He wasn't picking up calls and we were all furious as he accepted ride (2)

He Took Us On A Route We Didn’t Know About

He created fuss and got on a route which neither he nor us knew about. My sis complained abt his driving and routes and he got angry (4)

My sisters got furious and questioned his driving skills. If he wasn’t aware of the route, why would he go on it anyway?

What bugged him the most was how he thought he is not our “mulazim” – which I agree, he wasn’t, but as a driver offering services, wasn’t it his duty to know where he is going?

He stops outside Kaka in Johar Town, tells us to leave his car. We are 3 girls and 2 little babies on road at 8pm and this educated guy(5)

And then we question our morals.

who kept using "ma'am" while talking, creates fuss over the mistakes he made and stops his car. My sis tells him to leave this aside and (6)

Normally, a responsible man would respect that it is late at night and there are women who need to be dropped off. Or let’s just skip the women part – respect the fact that there are two babies.

Regardless of whatever the situation was, we did tell him to leave all this mess aside and let’s continue the ride. But I guess ego really is bigger than your own morals.

and respect that there are girls and babies during this nigh time. But he refuses and continues saying "pls leave my car" and we did (7)

Hopefully we got a nice Uber and got back home. What I am surprised on is, there is no ethics screening process in a company this big (8)

I encourage working at a young age to make your own money, this doesn't mean we should accept how the "drivers" can do whatever they want(9)

I am not promoting any hate speech against the company – I love Uber and I love how young students like myself can earn a decent amount of cash while doing part-time driving.

However, my concern is how they allow absolutely anyone to be a driver, without having a proper screening process and without checking if the person has what it takes to offer such service. This not only gives a bad experience to the rider, but also ruins the reputation of the company itself.

[QUIZ] – How Well Do You Know Imam Hussain a.s?
A Little Pakistani Boy Was Beaten For Being Muslim, Forced Family To Leave America
To Top