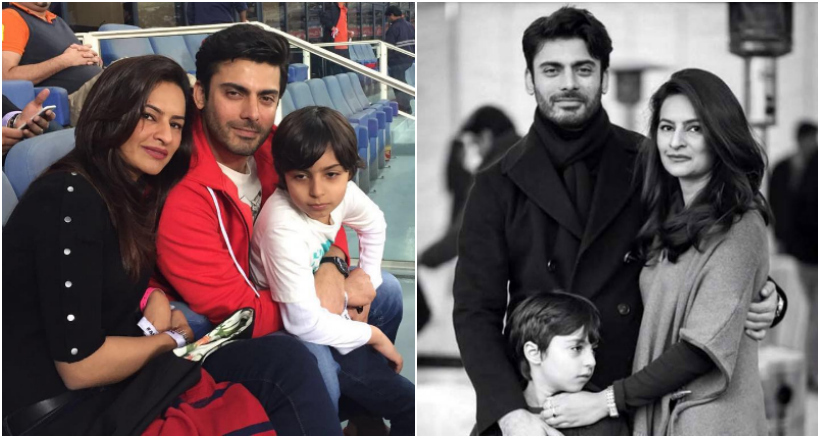 Last year in October, Pakistan’s stalwart Fawad Afzal Khan embraced fatherhood for the second time with his wife, Sadaf as they welcomed their daughter and the news was all over the internet within minutes.

Then, in November, the popular singer/songwriter turned actor took the internet by storm (again) when he revealed the name of his daughter as Elayna but even then, no photographs of the newly born was revealed on the internet.

Recently, his fans got a glimpse of his only (and youngest) child Elayna through a picture that was uploaded by renowned fashion and lifestyle journalist, Maliha Rehman on her Instagram yesterday. 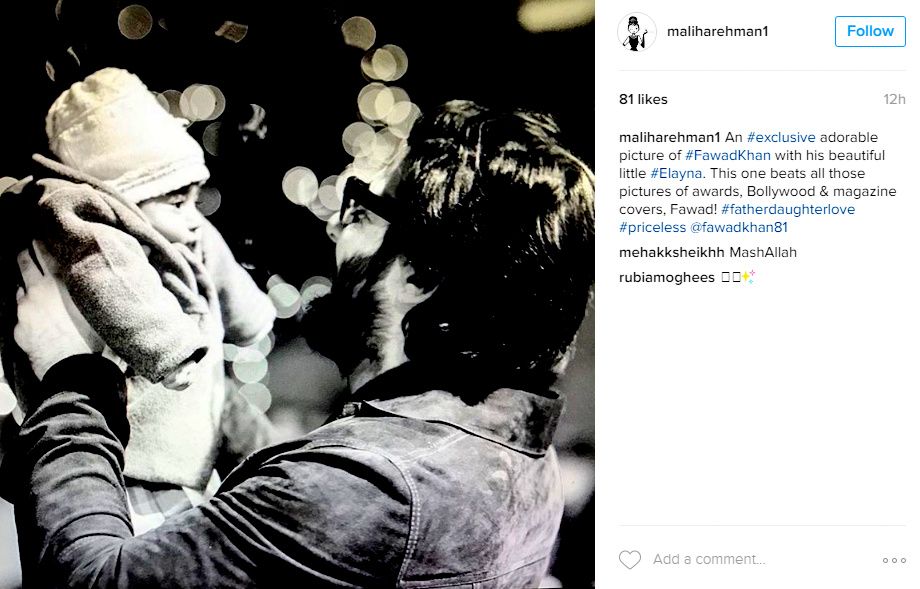 The candid photograph, shot in a black and white frame, shows the dapper 35-year-old Khoobsurat star holding Elayna and passing a devoted smile to her.

In case you’ve not seen this adorable exclusive image of the father-daughter duo, then we have it here for you.

Also, in the picture, Fawad is seen sporting a bearded look and we’ll be seeing him carrying that rugged look for some months ahead because, he is all gearing up to portray the lead role in Bilal Lashari’s upcoming directorial venture, Maula Jutt featuring yet another heartthrob, Hamza Ali Abbasi.

#BreakingStreotypes: The Pink Rickshaw Scheme Is Empowering Women Like Ansa Naureen And Many More
Savior of Pakistani Music, Patari Brings Us The ‘Pakistani Tupac’ From Balochistan And We Love Him!
To Top