This Distasteful Independence Day Campaign by a Local Cafe Has Sparked a Debate Among Pakistanis for All the Right Reasons!

Sarcasm is good as long as it is not mocking someone, especially someone who passed away. Pakistanis are currently feeling extremely upset over how the once “guardian” of this country didn’t take any stand for the boy who died in his rally. One of the cars of the PML-N stomped over a supporter who died on spot.

Nawaz Sharif, however, did not do much and continued his rally. He went on saying how during the time of Pakistan’s independence, a lot of sacrifices were given and many died as well. He was hinting how this was a “sacrifice” by a young PML-N supporter.

Pakistanis wanted answers, but the party leaders didn’t give any. They continued their daily lives, proving how they are not guilty of the blames the court sent their way. While of this was going on, a local coffee and bakery chain Espresso made a post which was their way of wishing Pakistanis independence.

The Post by the Cafe was Extremely Distasteful, Mocking the Dead 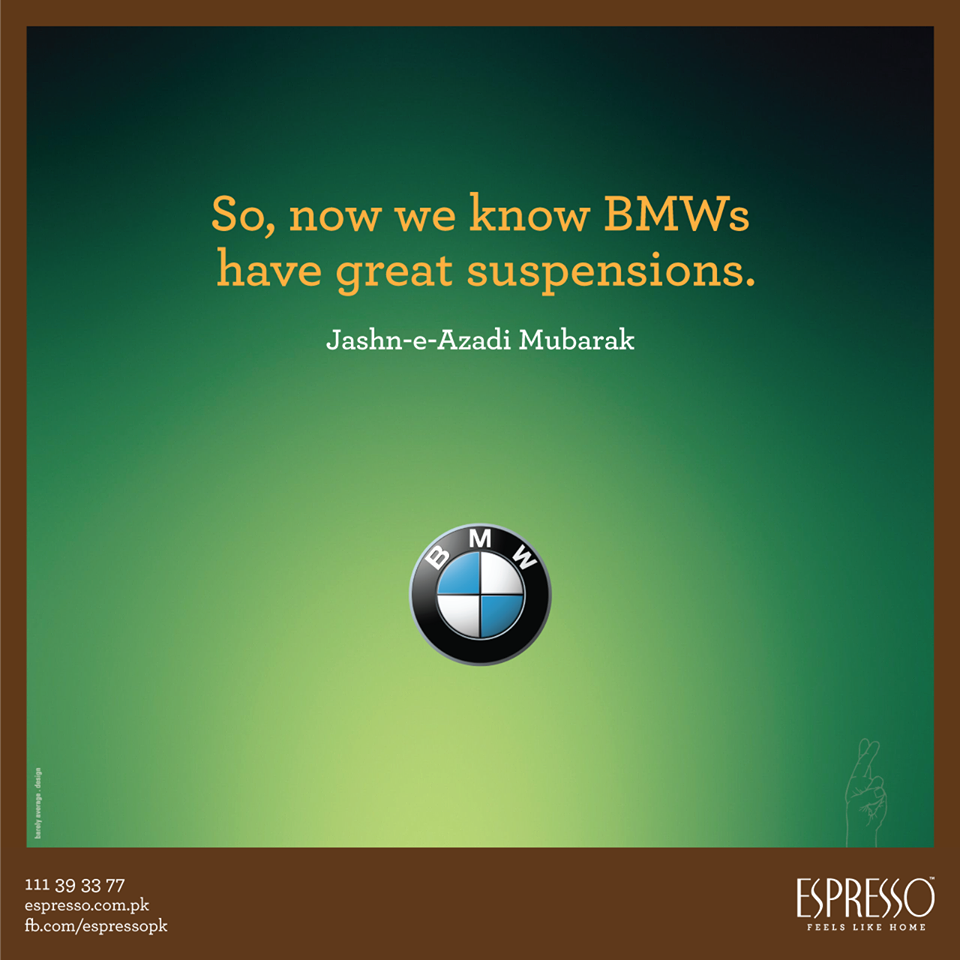 The boy died by coming under a BMW in which the members of PML-N were traveling. This post, on the other hand, insinuates that the suspensions of the vehicle were so “good” that no one in the car noticed what had happened.

Perhaps the brand wanted to get negative marketing to get their failed business on the roads of success. Regardless of whatever the reasons were, this inhumane post should get the cafe closed or banned for life! 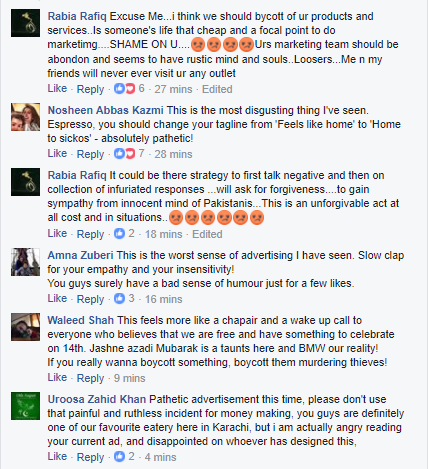 This is disgusting. They can keep their free cookie. Never going to Espresso again. pic.twitter.com/OyzbqeoIrh

Espresso has hit rock-bottom. Whose bright idea was to post this? Their social media department needs to get canned. https://t.co/RTsjPfo1SC pic.twitter.com/Qb98BSZYtG

Dear Espresso, I hope you get the attention you needed to kick start your fallen business. I hope your failed attempt of giving people free cookies to help you run the business makes you broke enough to end the franchise. Seems like Espresso is being run by inhumane people who deserve the awful lot.

At Quaid’s Service – A Book Filled With Letters of Quaid-e-Azam to his Beloved Friend!
This Year’s Coke Studio Brings Special Tributes That Will Seriously Get You Excited!
To Top