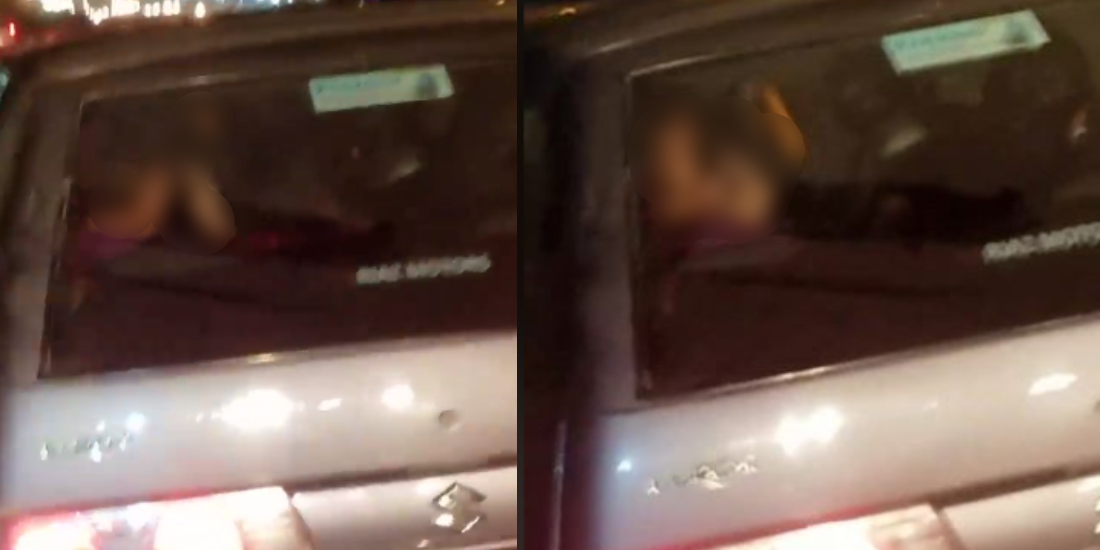 Okay! So, the world is moving forward to legalize gay marriage and making people think about how it is okay to be that way. The U.S was so far successful in that process and homophobes are critically bashed. A world where other than normal is being justified, and on the other hand in our country, even the normal is not justified. Keeping the puzzle aside. Let’s hop on the point, what would come to your mind if you see a couple kissing in public place? Not to forget we are talking about Pakistan here.

Yeah, so what would come to your mind? Get a room? Calm the frustration down to some private place? Why such PDA? Obviously, a vast majority would come to such arguments. Because “Islamic Republic of Pakistan”

But obviously, it highly recommended doing any such “stuff” in private than public. Chances are there could be kids around and many other things.

Now, look at this!

Someone filmed this couple who clearly seem to be not alone while they are “In the Act”. Not on the road and not in the car. Well, citrus paribus keeping everything constant, that the couple was not alone in the car. WHO GAVE ANYONE THE PERMISSION TO SHOOT STRANGERS? Wrong!

Until and unless someone is not being hurt and you think filming it would help someone. Don’t film it! Why are you being the moral police anyway?

Let people do whatever they want to do. Were any of them being forced? No. They are clearly doing it by choice. You are no one to do it.

Either way, the whole thing is wrong on so many levels. The couple doing the act and the person filming it. Ah!

What do you guys think of it?