Building In DHA, Karachi Is Reportedly Haunted and Nobody Dares

But we are not getting into that debate. Maybe some other day. We are rather going to talk about some of the largely believed haunted places in Pakistan. So many landmarks follow the list which people have cited as haunted places; you name it. Mohatta Palace comes atop the list of believed-haunted places in Karachi. 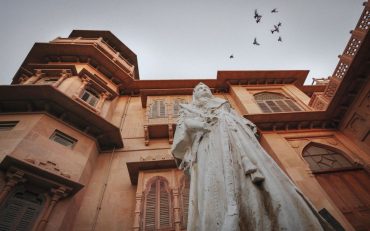 Okay, I’m getting tired of writing “believed”, let us just assume some places are haunted. Please.

The latest place to be declared haunted is located in the vicinity of Defence Housing Authority.

People have been talking about some building located in DHA near the well-renowned shopping mall by the sea. They claim that it has been supposedly haunted for years because nobody has ever run a successful business venture or tried to settle there.

This the haunted building being talked about… 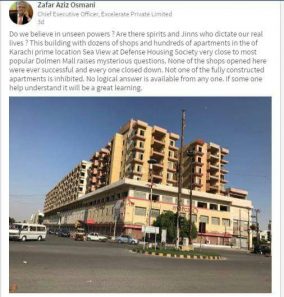 Well, can anyone confirm this? Should we call 2 famous brothers to figure out?

It already seems to be sort of a creepy, abandoned place that gives a shiver down your spine if you are passing by it, especially during the night. It does seem like it has not been populated by people anymore. It looks empty or more like evacuated by the looks of it. 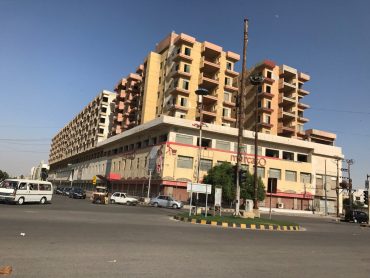 This building also has a strange notion of it. I don’t know why but before coming across the whole story, I could sense something strange about this place when my eyes spotted it the picture. Some people already claim they have heard from people reporting supernatural incidents, sightings of supernatural beings especially by local merchants running their businesses who were compelled to wrap up and evacuate the area.

What is your theory about it? What do you think could be the reason of people abandoning this place?

This landmark is the latest along the list of many other legends believed about haunted places in Karachi.

Our Patriarchal Culture Just Took Another Life That Was The Sole Earner Of A Family
You Need To See How This Man Threatened His Wife For Giving Birth To A Baby Girl!
To Top