This Beaconhouse Alumna's Open Letter To Her School On Recent Controversy Is A Must Read! 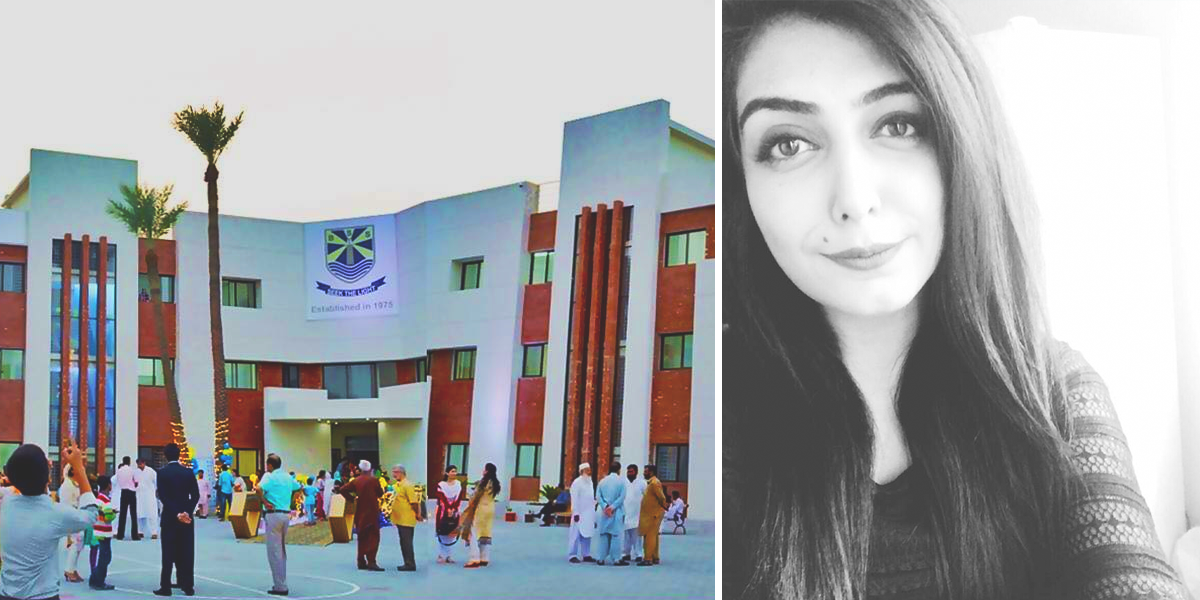 School life – the golden period of every child’s life. The unforgettable memories – the deep impressions and moments that reshape you.

If there was really a time machine, I would flip it back to my school days to live those moments once more. Because during my time, there was no discrimination or hate speech.

Never in my 13 years of education at your institute have I felt this ashamed to call myself a Beaconhouse Alumni.

I have been a student of Beaconhouse School System from Kindergarten to O’levels, studying in branches varying from Karachi to Sargodha to Rawalpindi and to Lahore. 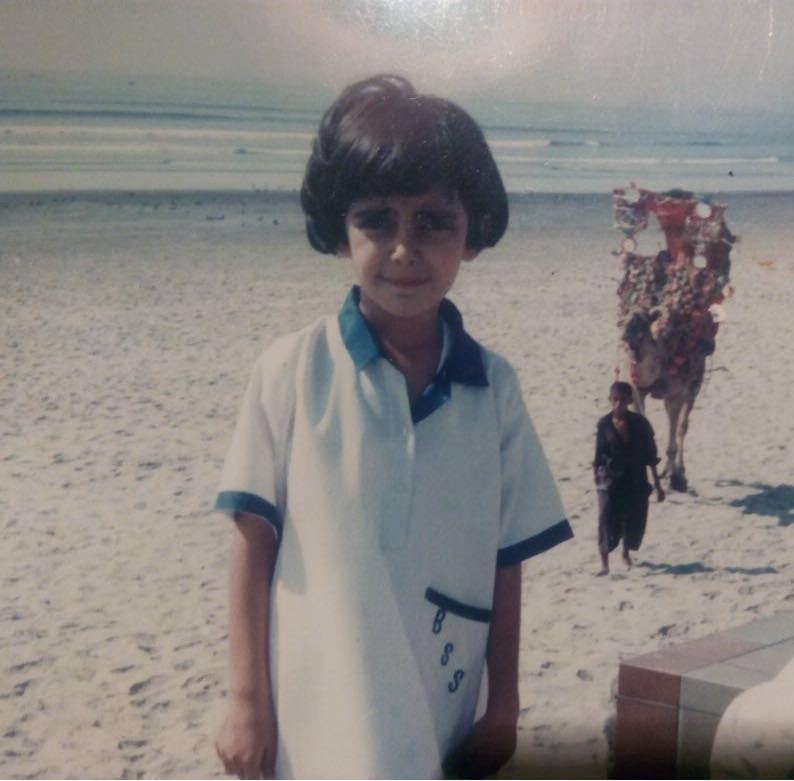 The central issue is not the ignorant and outright discriminatory letter issued by your administration. It is not an isolated event or just a grammar mistake made by your branch. It goes far beyond that.

The issue is that you categorizing a language spoken by 120 million Pakistanis as “foul language” reinforces the linguistic bias against Punjabi and other regional languages that has existed for decades.

The issue is also your irresponsible response issued yesterday which is nothing short of a defensive justification of your actions instead of simply owning up to your mistake.

Instead, your use of a sarcastic and taunting tone in your apology; calling people “hashtag activists” and “social media vigilantes”, is not only derogatory to those expressing their concern on this issue in the first place but it shows just how little are you aware of the actual problem behind discrimination against regional languages and how little are you willing to do anything about it. 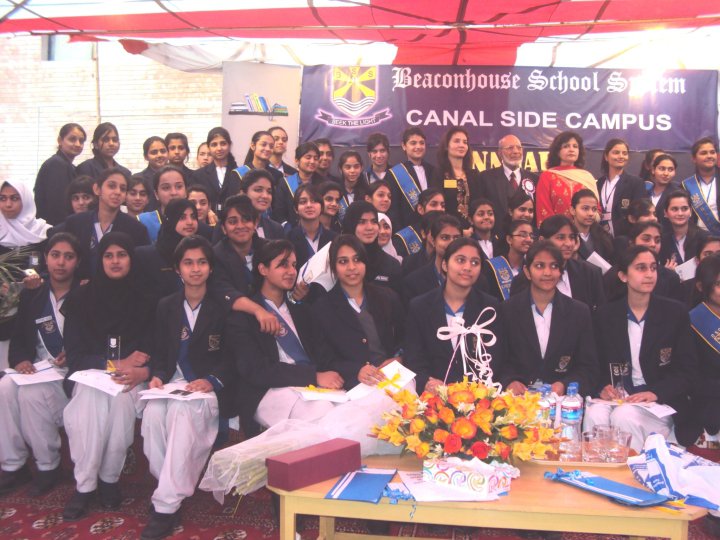 “When you ask a child not to speak a language that defines his or her regional identity, you are asking that child to not display his or her regional identity which is not only a direct form of discrimination based on culture (allowing it to be on the same level as discrimination based on gender, race or religion), but it simply goes against Article-251 of the Constitution of Pakistan which binds provinces to adopt necessary measures for promoting, teaching and usage of regional languages.”

I do not disagree with your clause to discourage foul language. But foul language can be foul/offensive/hurtful words in ANY language be it English, Urdu, Punjabi, Saraiki, Pashto, Balochi and Sindhi. The words themselves are to be discouraged and yes that is the inherent responsibility of the school as well as parents to ensure that. But did you once think of how the parents of the children of Beaconhouse Sahiwal would have felt? 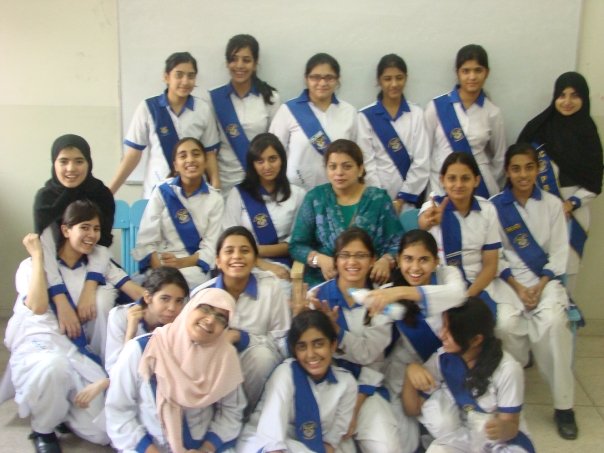 Imagine them growing up speaking a language that has been spoken in their region, culture, music and in all their lives yet their children come back home with a disciplinary letter from their school that says “please ask your child to NOT speak that language in school”? What bothers me the most is your half-hearted response. You blamed this on your admin head claiming he was trying to be diplomatic and meant Punjabi curses, but my question is WHY curses in Punjabi in particular?

Curses and swearing in any language are bad, looked down upon and should be banned, but why single out Punjabi? The fact that you felt the need to write “Punjabi” separately in the same sentence as banning foul languages shows the kind of language bias that we need to address.

I do not know where this divide came from. It may have been the urban-rural differences and how people associated languages to differentiate between the urban elite and the rural poor or it may have been the portrayal of Punjabi in the media as a language spoken by the illiterate or simply “truck-driver” language.

It may have been the constant struggle to choose between one’s mother tongue, one’s imported language (Urdu) and one’s official language (English) that was brought in by colonizers. 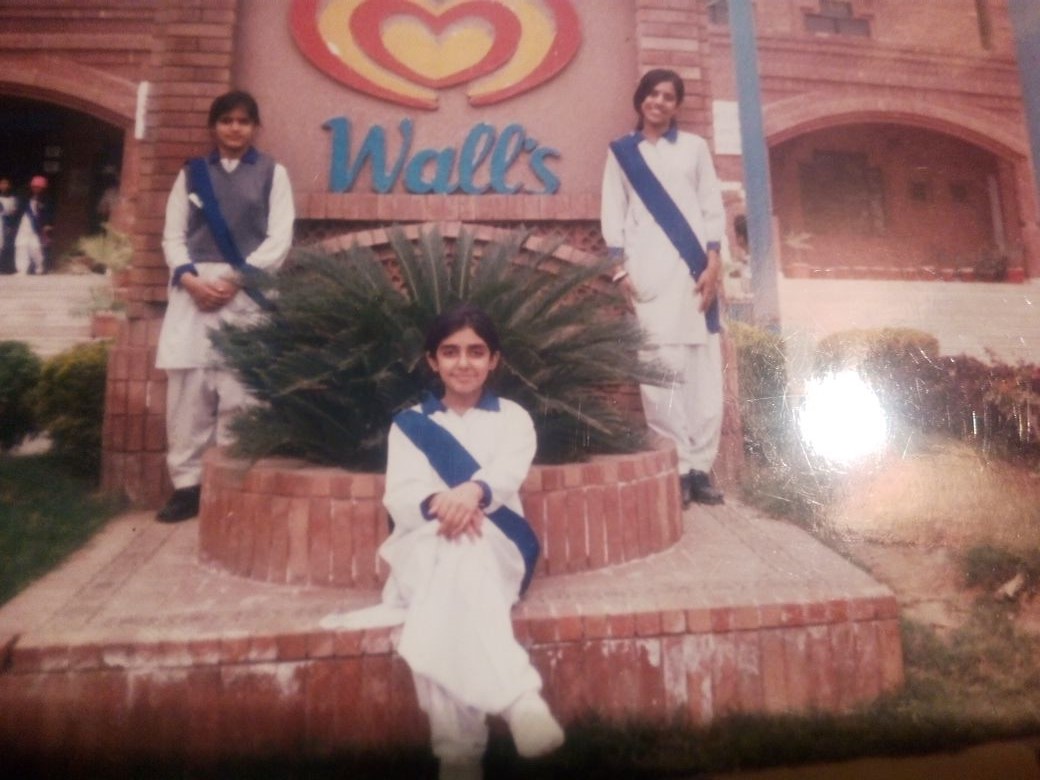 What I do know is that when a child is brought up in a household where Punjabi is the dominant language, their ownership of that language is immediately challenged the minute they step into school. I was born in a small village in central Punjab and was raised in a household where Punjabi is not only spoken with utmost pride but is worn as an armor.

Yet the day I stepped into my first beaconhouse, everything changed. The language of instruction was English but the “unofficial” language of communication was Urdu. Urdu was a language both the teacher and student were expected to know, but your institution discriminated against students who spoke a different language.

You did not go this far and issue letters to warn parents not to let their child speak his or her first language, but it was the way you taught your students. My teachers used to discipline me every time they caught me uttering a word in my mother tongue even outside of a formal classroom setting. And it’s not just you or your way of instruction, it’s everyone around us who is conditioned to believe that Punjabi is a “bad” language. I have been bullied all through elementary and middle school for being someone who had a rural Punjabi background.

I have been called words like “paindu” and “jaahil” by my own peers every time I was unable to use an alternative word for Punjabi for something. I was laughed at every time I would mistakenly say “godha” instead of “ghutna” when referring to my knee. It made me feel inferior to everyone around me. My grades did not matter, my performance in the debate team or the school play did not matter.

What mattered was that I was speaking an “uncivilized” and “uncultured” language; one that I have been born into, one that was an important part of my identity yet still I was taught to be ashamed of ever speaking it in public.

Even that is not the worse thing you have done. Being ridiculed was something I can imagine every child with a different first language then Urdu to face in their early school years because of the setting of most public and private schools, but you made me lose my faith in my own language.

To this day I am unable to fully speak fluent Punjabi. I heard it all around me, I was spoken to in Punjabi and yet still I could not speak it because oh well my school, my teachers and my classmates all taught me NOT to. Every time my grandparent would speak to me in Punjabi (the only language they know and proudly speak), I would sheepishly reply in Urdu, and they would have to try to change their words into Urdu just to talk to me.

It is still an obstacle I have to face every day and I am sure there are thousands of children like me who have absolutely no confidence in their mother tongue as a result of the bias that exists in schools and our society.

I spent 13 years of my life in your institution, and with all the good things you have given to me as an institution, you have given me a battle with my regional identity that I fight to this day and I know I am not the only one. As a school, you should be responsible for the actions that you take to ensure a healthy environment for child development.

I served this institute for with love and dedication. 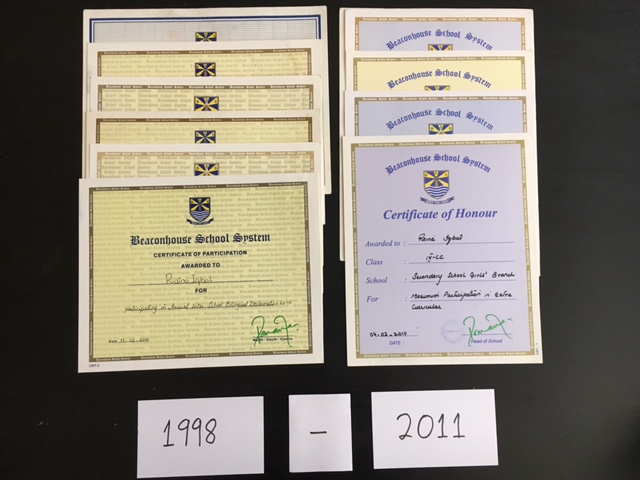 And I still cannot believe I am writing a letter to the institute that gave me so much.

You should be doing the opposite of what you’re doing right now. You should welcome and celebrate diversity of your students, teach them to embrace their regional and cultural identities instead of being ashamed of it.

I hope to see a revival, slow but steady, of this culture. And it is you who has to change their attitudes towards regional languages and adopt nondiscriminatory policies that can make this revival happen. As of now, we need a clear policy from your institution stating what is the code of conduct of your schools when it comes to promotion and teaching of regional languages.

We need change in the system so children will not have to go through the struggle that children my age went through when they were in school.

Let the students “Seek The Light”