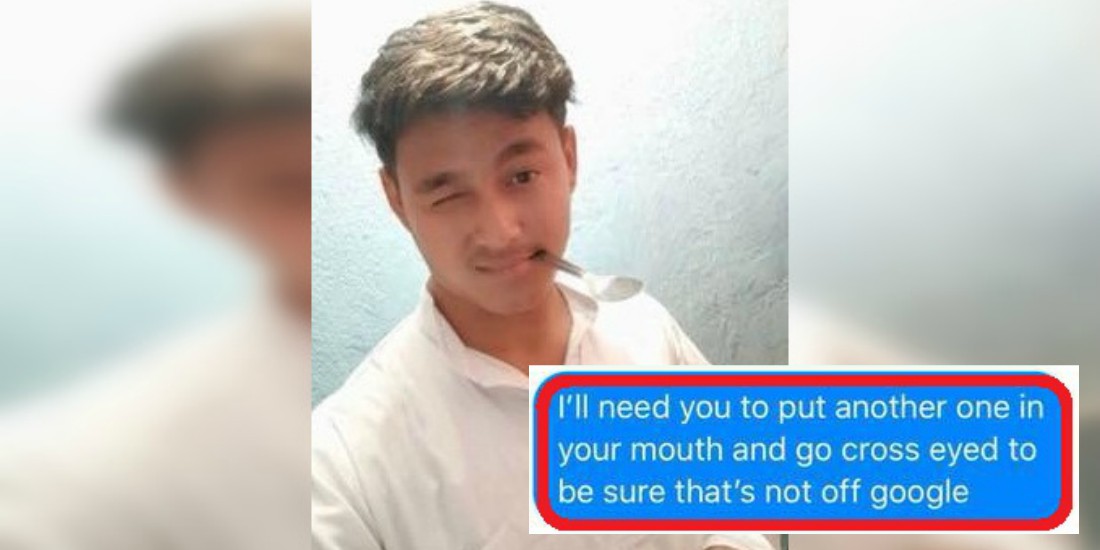 It is no more a surprise to come across weird and lame message requests from people all around the world on your Facebook account! We all have been there. From people asking us ‘puhleez fraandship with me’ to ‘I wanna marry you’. And usually most of us ignore it and laugh it off with our friends.

Well, while some like to play along and have some fun, this is what happened when a girl posted screenshots of her conversation with a guy who messaged her on Facebook. The screenshots got viral and people couldn’t stop laughing, while some got offended by the way the girl treated the ‘stranger’

Let’s take a look and find out what is all this hype?

So here is the convo! 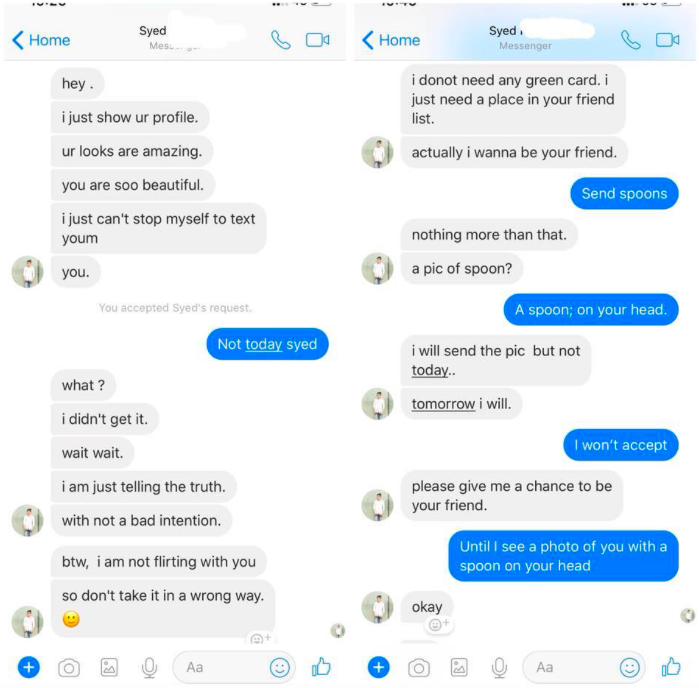 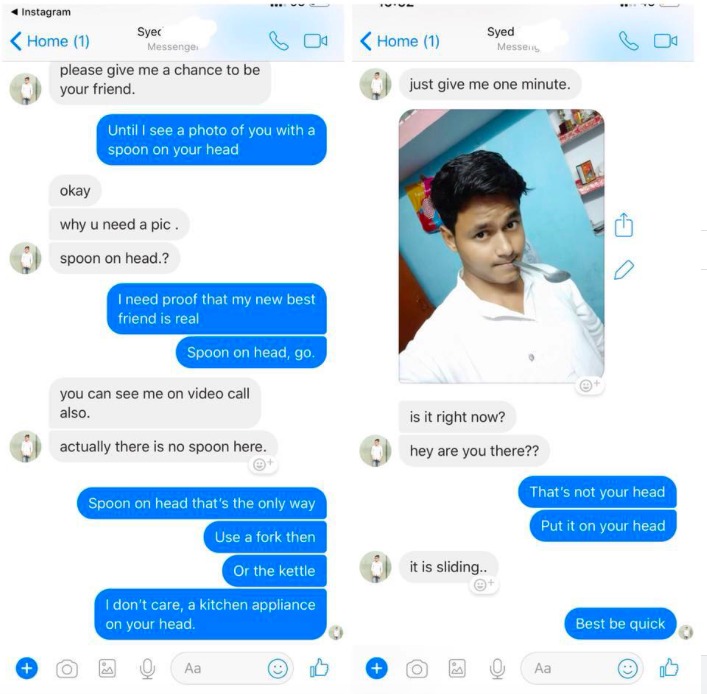 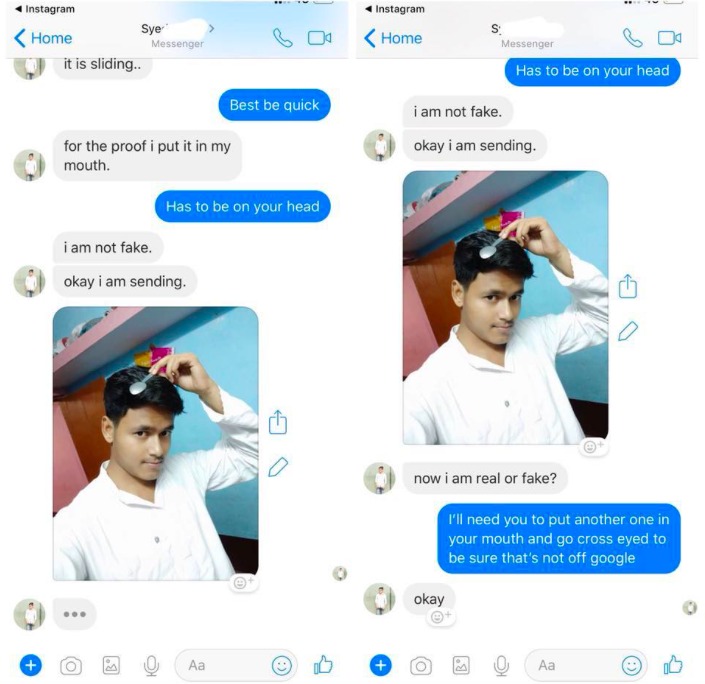 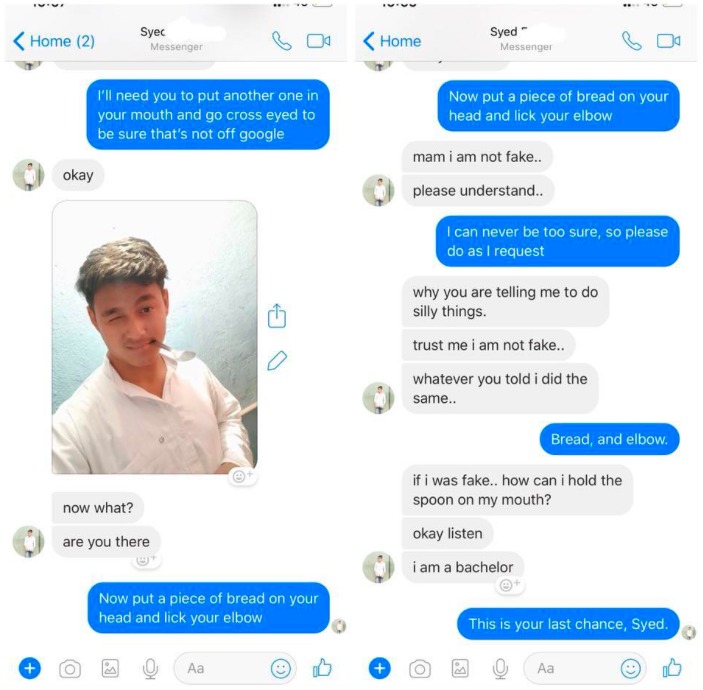 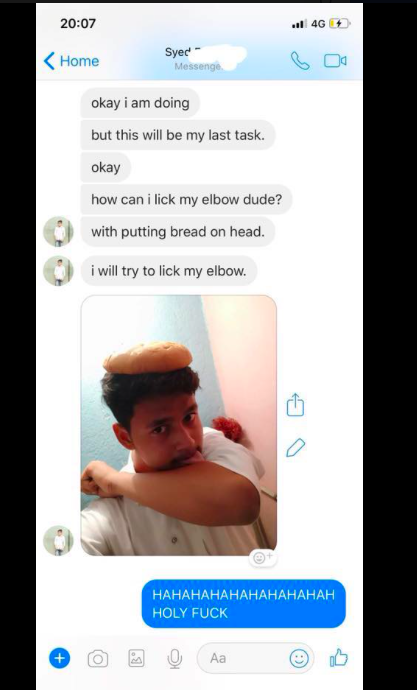 As hilarious as the conversation might seem, it won’t be wrong to say that the girl went too far with her jokes. We all like to have fun but one should try not to take advantage of others indirectly.

However, most people especially girls, agreed with the way the girl and the way she responded to the guy, stating that this is how creeps and stalkers should be treated. Well, living in this 21st century, we have a lot of options like ‘block’ or ‘report’ such messages.

It is not wrong to have fun but one should be careful too as what the limit is and intensity of that particular joke or act so that it doesn’t end up hurting that person. On the other hand, we hope that it warns all the creepers and stalkers out there to stop irritating people or else you might end up making fun of yourself in front of the entire world!

What do you guys think about this conversation?

Let us know in the comments below!