Much less common than it is that someone does not know about the situation of Israel and Palestine, is a Muslim who actively and consciously supports Israel.

It’s not often that you find a supporter who has a Baloch Muslim background and sympathizes towards Israeli territorial issues.

For those who need a refresher course for Palestine and Israel’s conflict can watch this video:

However, the author – Ashraf Sherjan  –  personal story reflects his views on Israelis and Jews.

“Today I want write why do I support Israel because people are very confused about me being a Muslim and an Israel supporter. They ask, “How come you support Israel?”

So, actually it’s not because of me.  It’s because a Jewish family supported my father almost 46 or 47 years ago.

Around 47 years ago, my father arrived in Dubai via a ship from Gawadar Balochistan that was illegal and after arriving in Dubai, my father had no place to stay, no money, and no language skills because my father could speak only the Balochi language.

So after arriving in Dubai, my father didn’t knew where to go, what to do and at the same time, he was very hungry and of course, he was just 16 years old and was a little scared and started to cry on the street .

He was crying standing alone looking left and right and saw a middle aged women walking by. My father started to follow her. After a few steps of walking, the lady noticed someone is following her. She turned and looked at my father but still kept on walking and she kept on walking faster as my father was also following her footsteps.

So she came out of the shop and asked my father, why you are crying and why you are following me?

And my father could not reply because he did not speak her language but showed her signs that he is hungry and the Lady understood him. She gave him food and a little bit of money.

My father ate and took the money and left but of course returned back because he didn’t knew where to go.

And again, the lady saw him in front of the shop so the lady understood that he is lost and took him into her home and brought him home to her family.

So like this, you can say that my father was adopted by a Jewish family at the age of 16. My father was living with them till he started to communicate with them and informed them that he came via a ship from Balochistan and that his parents are in Balochistan. Because the Jewish family was also worried about my father’s family, after 1 year, the lady understood that it’s better to take him to the Pakistani embassy and to arrange a travel document for him.

My father after his visit to his parents came back to Dubai and to the same family.

So the women asked, why he came back?  My father replied: “I missed you all and I am also your son.”

After a few years, the family wanted to move to the USA and wanted to take my father too but my father decided not to go with them and stayed in Dubai.

So I learned from my father that Jewish people are very nice and peaceful people. They never hated me because I am Muslim but loved me and took care of me as if I was their own child.

And this is the reason I stand with Israel.“ 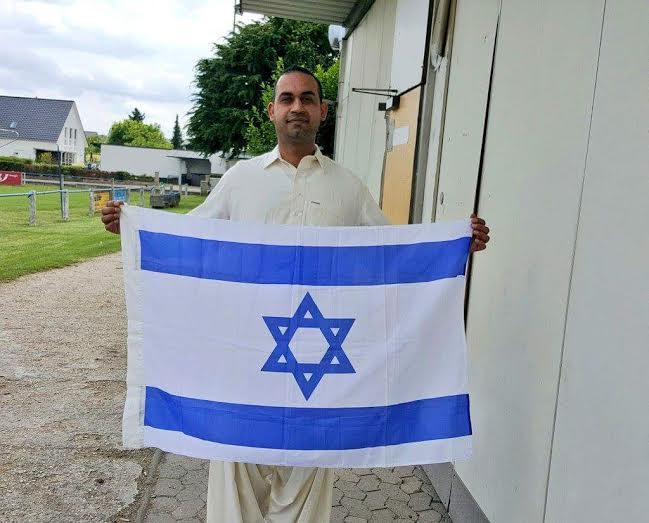 While the author’s story is moving and heart warming, it is incredibly generalized and not at all an accurate picture of the brutality enacted between Israel and Palestine. How easy would it be if the world’s most painful attacks and incidences could be brushed off with the niceness and genuine sincerity of people. However, sadly, the views and behaviour of one family does not represent the nation, nor can remedy the colossal damage done to Palestine’s land and people.

Educating one’s self on this issue is absolutely a necessity before making a sweeping statement or ‘choosing a side’. What is best for both nations, to prevent potential casualties, is always the first thought.

Hopefully the extension of looking past one’s faith is something we can learn from this man and the Jewish family as individuals, and others extend the same tolerance in their political and religious interactions.

Pakistan’s Delegation To The Olympics Is Actually A Vacation For The Officials
With Their New project, Coke Studio Is Bringing Joy To Deaf People Everywhere
To Top