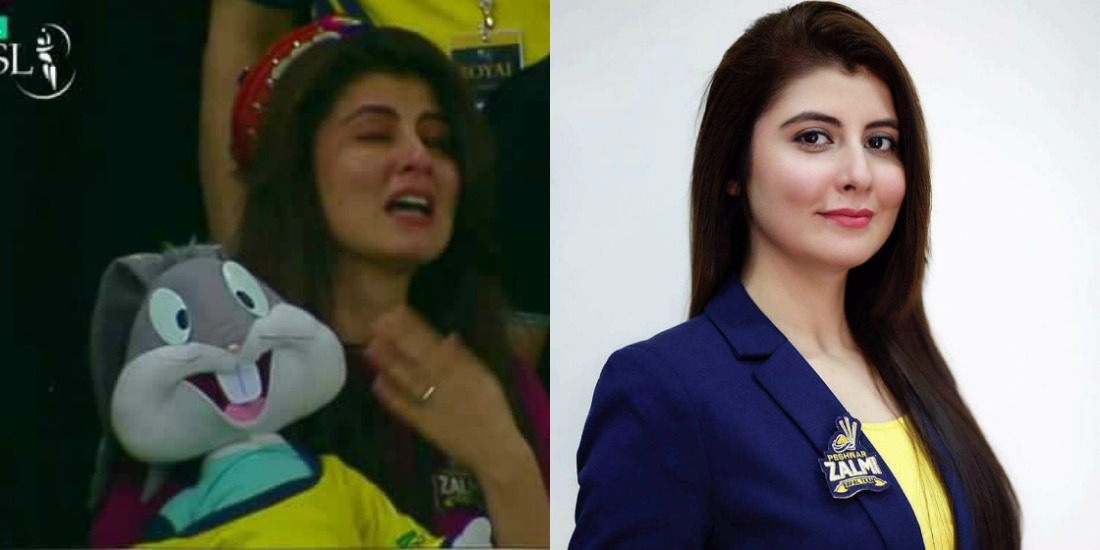 The Pakistan Super League-2 is in full swing and definitely the best thing that’s happened to the country all year. People from all four of the provinces are locked into debates about which team is performing best and is going to win. Yesterday’s match between Quetta Gladiators and Peshawar Zalmi saw more salvations than just cricket, as the adorable Najiba Faiz went viral on the internet.

Najiba Faiz, who many didn’t recognize, is in Dubai as Peshawar Zalmi’s team ambassador. She is a veteran PTV Peshawar actress, a host, and a socialite. During yesterday’s match, Najiba was seen holding a cute little bunny wearing a Zalmi shirt and acting as if she was crying. The moment caught people’s attention during Babar Azam’s batting spell. 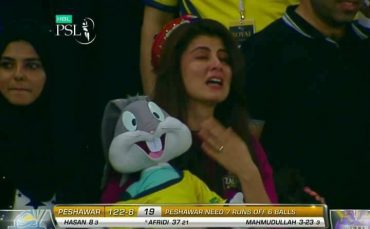 Congratulations to All #khpalFans , Fantastic game , Lala you beauty once again ????????????.. thank you for the love & Passion Najeeba????..#PZvQG pic.twitter.com/FA2HYcnfNR

How many of you guys have noticed our beautiful Najeeba Faiz aka #Dilruba so emotional today?@NajeebaFaiz #PZvQG pic.twitter.com/U1jXdgl42D

Beautiful Najeeba Faiz was supporting Zalmis with so much passion and dedication ????
She’s damn cute and i call her Gulalai #PSL2017 pic.twitter.com/KrL5diZVgW

We welcome Najiba Faiz, please contact her for all media related queries in KPK and Afghanistan. pic.twitter.com/QKR3BiwU1L

The absolutely adorable actress is getting love and appreciation from all over Pakistan, not just Peshawar or Zalmi fans. When the camera caught her weeping, the moment literally stole the show! At first, people didn’t recognize who the adorable girl with a huge bunny was, but later the internet informed everyone of her achievements.

Nicknamed Gulalai by the people of Peshawar,  fans will be looking forward to seeing Najiba in the crowd in the next Peshawar Zalmi match, along with us. Here’s to hoping the PSL keeps showcasing more sixes, good cricket and our regional celebrities who we never knew existed.

The Good, The Bad And The Tragedy Of Falling In Love With A Poet
Forgetting Recent Scandals, Boxer Amir Khan Confirms Upcoming Fight With Manny Pacquiao!
To Top