Things Everyone Should Know About Halal Food! 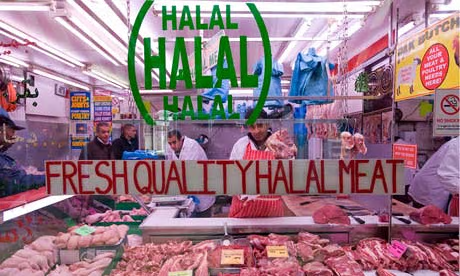 Contrary to popular western belief that Halal is for Muslims, this is just not a complete fact. Although Muslims around the globe prefer Halal food items and a Halal way of life, the act is certainly not limited to a single religious community. It is time to talk about what Halal meat is all about.

The Arabic word “Halal” literally translates to permissible or allowed. It is a way of life, and food quality that is allowed fit for human (not just Muslims) usage and consumption.

When Halal meat is discussed, it should be noted that it is not about Muslims thinking themselves as superior or intolerant. It is rather about the treatment of animal by its owner and butcher, which defines if its meat should be consumed or not.

So, Why Is Halal Meat Different?

Just like there are a set of rules and regulations of kosher meat for Jews, there are a number of laws that must be followed for Halal meat as well. Basically, livestock and cattle animals are described as Halal by Islam due to their high quality of meat (except for pigs which are unclean, and their meat crawls with bacteria and viruses).  That means, sheep, goat, cow, chicken, a few other birds, and even camels are considered Halal.

When we say that it more about treatment of animals, we take this as a major factor. Animals that are allowed to be eaten should be slaughtered rather than stunned.

What Makes It Halal Meat?

“What makes it halal is the way that it is killed. When all the blood is drained out of the meat, it prevents it from getting foodborne illness” said a lead butcher Ali Saad. The throat should be swiftly cut with a sharp knife to ensure as little pain to the animal as possible. The point is to cut the jugular vein of animal but leave the spinal cord intact so that brain keeps the heart alive for a while. Since heart keeps beating, all the blood is pumped out through the severed blood vessels of the neck and eventually all blood drains out.

“You know, we turn it towards Mecca, we bless it and say a small prayer on it,” Ali Saad said. “The things that I’ve heard are, you know, we’re trying to feed people our meat, but I think people need to know how healthy it is.”

This video will explain more about Halal meat:

It is known for a fact that animal blood, or any blood for that matter, is impure and definitely should not be present within a meat. Therefore, this method is the most effective way to completely drain out all blood. Moreover, other animals should be kept away from slaughter area, and the act should not be done near them. They should be properly fed and raised, and it is preferred to provide water to them before slaughtering. A prayer is said by a Muslim at the time of slaughtering, which basically is a show of gratitude towards God for the food, and the animal.

This supposedly sinister method, is not that evil after all. Muslim communities in the west should work on better labelling so consumers know more about this meat type, which would be a form of awareness.

9 Healthy Food that Turned Out To Be Unhealthy
10 Food Items You Thought Originated In Pakistan!
To Top