14 Things Every Woman Does But Would Never Admit 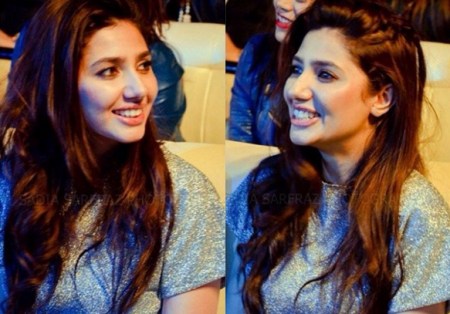 Women are weird – there I said it. Yes, we are weird and we like being weird…most of the times. That is what makes us so womanly.

When it comes to being a woman, everything may seem black and white, but it really isn’t. We are evil bitches who can sometimes make your life a living hell, but sometimes be the missing puzzle of your life.

Women often do not accept a number of things they do and there can be multiple reasons behind that. Mainly because, we don’t want to admit them, just like that.

Following are some insane things we women do, but would never admit them. They are always done under the cover:

1. Checking Out Other Women

This has nothing do with being homo/hetero – women would either admire another woman’s fashion sense or beauty – which can either be a cause of jealousy or inspiration.

Don’t worry ladies, we’ve all been there.

However, women are very subtle when it comes to checking someone out.  We can perform an x-ray on anyone without letting them get a single hint.

If a woman tells you she has no interest in the social life of her crush or husband or boyfriend, she’s lying. Every woman likes to keep tabs on the guy she likes.

And why not? Cybercrime won’t know about this, right?

For women, curiosity never killed the cat – women are the cat. Stalking doesn’t end on guys only – if we feel this girl is too glamorous or you hate her guts, we will keep stalking her to prove our point.

4. Showing The World That You Don’t Care What They Feel About your Looks But Deep Down, Your Self-Esteem Falls All The Time

5. Saying That You Don’t Care About The Man You Love

We are not like men in this category who OFTEN play videogames or watch their favorite show/sport to get rid of their anger for a girl. We care when he does something foolish but may let it go because we can’t show too much care.

You don’t want to see that sight.

A woman in love is like dripping sweetness which can be too corny to express – something which a number of guys may not be able to deal with (since they are not lovey dovey).  So she has to act cool or else he’ll freak out.

Not this corny, promise.

8. We Checkout Ourselves As well

Strip and examine our bodies in front of the mirror. Yep, we want to see the bombshell in the mirror as well.

For ladies who don’t do this, no need to feel shy. It’s actually a very healthy habit. Admire yourself.

Even we can be dirty and lazy like boys. Women don’t like living glamour all the time. It gets too much, eh? It is actually fun sometimes.

10. Not Removing Make Up Before Going To Sleep and Just Freshen it The Next Day

(No need to wash your face, it is the majestic make-up after all)

11. Using “Awww” in Our Heads If Not Saying It Live

Awww is a part of our life – you can never take aww from a woman…NEVER!

12. Cries During Movies Even Where Some Dude Just Opens The Door For A Girl

You might be a hard-ass babe who’ll hardly admit crying during a movie.

Now don’t you say that is not true.

But yeah, most of the girls do this friends only and probably in a room where no one else can hear you.

14. In This Patriarchal Society, We Like Using Our Own Ways

It’s not really our fault – men can be gullible sometimes.

15. Seeing this Post and Commenting “This Is Not True”