My Thesis On Child Sex Abuse And The finding Were Shocking!"

I had no intention of speaking up about the naive mindset of our Government Academic Professionals that caused major setbacks for me while I was collecting data for my M.Phil Dissertation on Child Sexual abuse prevention. I made up my mind when I accidentally came across the Parhlo website where many of the articles submitted by people were their accounts of the horrible experience of how they were sexually abused in their childhood and were speaking up here as most of them never told anyone about this tragedy and kept it to themselves hoping to repress the nightmare.

This right here was exactly the rationale behind my dedicating one year to devise a training program for children so that they can feel safe in knowing that if they are faced with a sexually threatening situation, it does not have to define their life. I wanted to make them understand that it is never OK to ignore an instance of sexual abuse.

The people who commit such a crime should be reported and if the person they report to does not do something about it or takes it seriously they should keep telling elders they feel safe with until someone does something to stop this distressing crime and takes action against the perpetrators.

But apparently while devising my synopsis I forgot to take into account the mindset of our nation that is hell-bent on closing their eyes when faced with a dilemma and want to keep pretending that everything is fine. When I started collecting my data, I had to visit schools as my training program was for children both with and without intellectual disabilities.

The problem was my limited options for schools for children with intellectual disabilities. I started my quest by visiting a Government school for children with intellectual disabilities. The Principal who was a lecturer of chemistry greeted me courteously and after a bit of chit-chat asked for my synopsis. His plastered smile wore off as soon as he read the title of my synopsis but did not comment right then. He proceeded to read the entire synopsis and then to my surprise threw down the synopsis on his table in my direction while shouting these exact words “How dare you to choose such a vulgar topic for the thesis?” 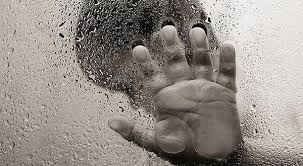 He then proceeded to tell me that I have no shame and it is because of people like me our children are being corrupted and that how could I expect him to let me even meet his students. And no I’m not exaggerating. These are just a few “nicer” version of his words. Although I was initially shocked at his reaction.

I got furious at his mentality and told him “No sir, it’s not that people like me are corrupting our children. It’s people like you who are forcing our children to continued with torment and sentencing them to suffer in silence by hindering efforts to educate them on how they can protect themselves.”

And no this was not merely one instance like this during my data collection procedure. Although the Principal’s statements were rude and shockingly ignorant I brushed them off as grounded into the whole stereotypical mediocre thinking of academic government officials. But when a prestigious school told me that they can’t allow me to implement this training program there as it is too sensitive and controversial to be included in their curriculum, that took the matter to a whole other level for me.

I realized then and there that we as a nation have no right to protest about the rising level of child sexual abuse because when it comes to actually doing something about this evil crime we are all just cowards who still speak in hushed tones. How can we teach our children to be open about a sexual offender who threatens them, how can we tell them that it’s OK to talk to someone about sexual abuse when we can’t bring ourselves to accept that this is a serious threat to our children about which we need to educate them.

I’m not bashing these officials for how they threw away my offer to make children a little less afraid and a bit more empowered because by behaving this way they made me more determined that I am going to do everything in my power to change this mindset no matter how long it takes.

Crazy Things That Happen When You Fall In Love With Someone
These Russian Guys Studied At A University In Karachi And This Is What They Had To Say!
To Top