These Women Saved Coke Studio 9 From Being An Absolute Disaster! 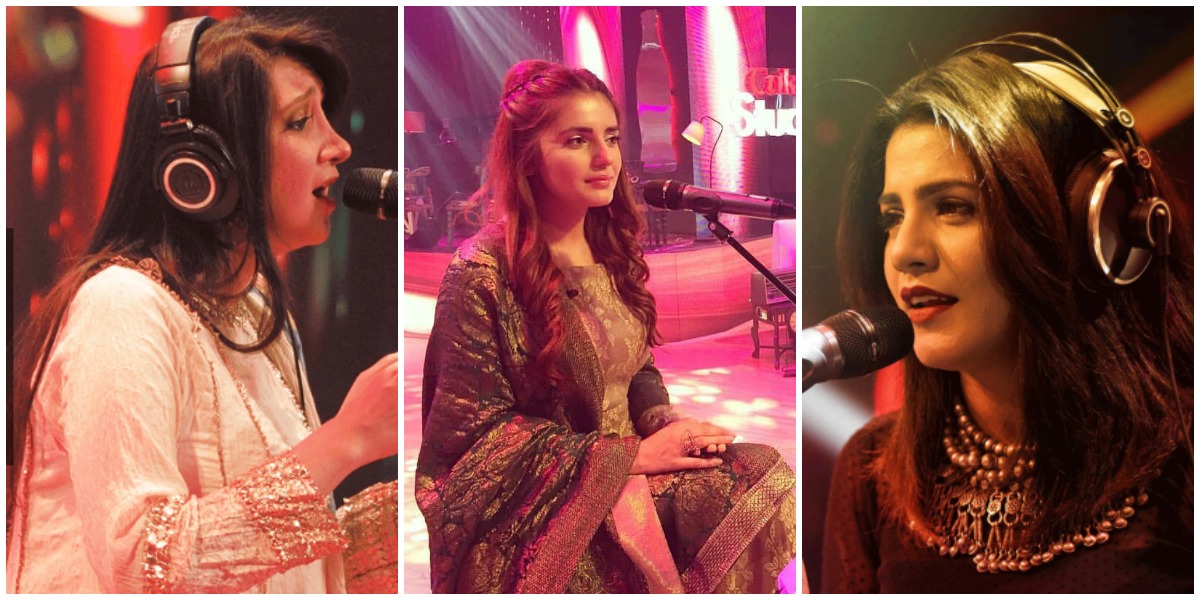 Coke Studio has been a big part of my life since its first season and I believe a lot of people would say the say the same thing about it, especially the ones belonging to my age-group (20 something’s). It just started its ninth season and like any other season, I was waiting desperately for it. Coke Studio has played a vital role in keeping the music industry alive and fresh in our country.

In my opinion, the beginning of season 9 was underwhelming to say the least. A lot of people took their dissatisfaction to Twitter and expressed how having different producers for each episode was a big mistake. Some even went to claim that it sounded like Coke Studio India. No disrespect to the Indian version but our version is still much better than theirs.

Well, this season may not have given us the best start but it has given us something that Pakistan really needs right now. It’s teaching us that women are going to lead this country one day. That may be an invalid association for some, but I think that subconsciously the creators produced something that is going to validate “girl power” in this society.

The strongest track in the first episode was Aaja Re Mora Saiyaan produced by Noori, why was it the strongest track? Because it was led effortlessly by the ever so wonderful Zeb Bangash. The song just lifted every listener’s spirits by presenting an independent woman singing her heart out. Her melodious voice and that pleasant smile just raised the bar that would be very hard to follow.

Now to the second episode which many people didn’t like especially because it was a rendition of a track originally sung by the great Nusrat Fateh Ali Khan. I’m no musician so I’m not going to argue about how well it was sung by all suited-up Rahat Fateh Ali Khan (really CokeStudio, RFAK in a suit?) but I will say that Momina Mustehsan with that brief passage won a million hearts over.

It was her debut with the song and she was a revelation. Whenever you listen the track, pay attention to Aahad Nayani, his smile and excitement can always tell the viewer about how good the song is. During the passage sung by Miss Momina, he had a smile that would’ve escaped his beard if it lasted any longer.

Lastly, in the second episode was the track Baliye by Haroon Shahid and ace QB. I personally love QB because of her energetic presence. This song was indeed saved by her melodious voice and power packed performance.  The track started great but in between you could notice that it fell flat on its face, that was, until QB started her passage and brought it right back.

This season, Coke Studio may not have the consistency that they’ve always had but the insanely powerful women that they have lined up this season will definitely save it from being a  total disaster. Also, did anyone notice how cute Rachel Viccaji looked when she banged her bangles together during Aaja Re Mora Saiyaan? I mean if that doesn’t melt your heart then maybe nothing will.

Picture of This Syrian Boy Has Gone Viral, But The War Continues
From Bliss to Woe [Poem]
To Top