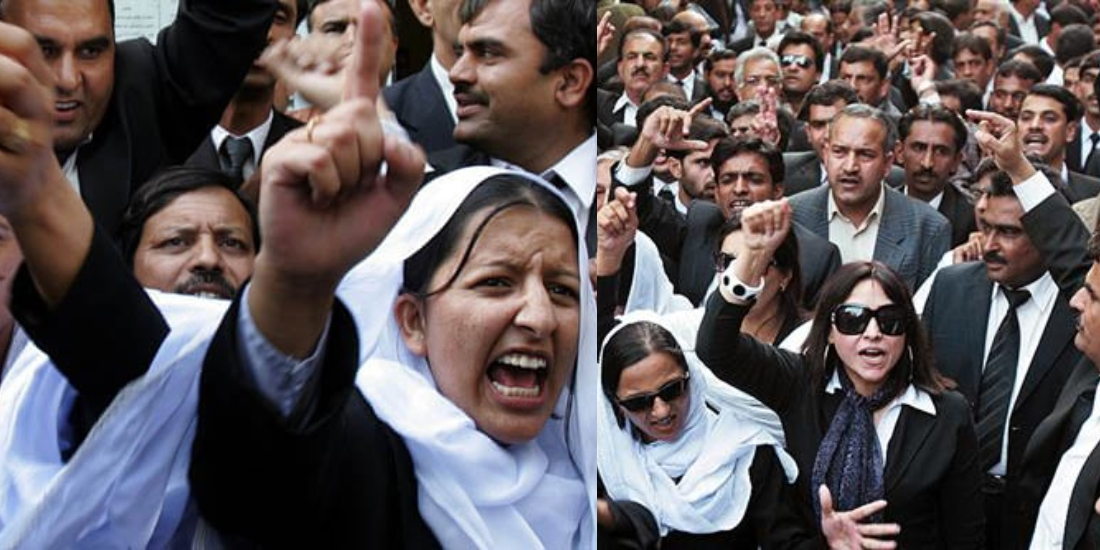 The world where there are tons of women already fighting a social war of heavy misogyny, at their homes and every other place. The worst part about this case is that patriarchy is so deep-rooted in our system; we cannot seem to eradicate it! We are in a world where men are considered more superior (not in physical strength) but in the manner of power; authority, position, responsibility. When a man is a CEO and is straightforward and professional but is also a father/husband, he’s considered tough. But at the same time, if a woman is at a higher position having a family of her own; people suggest her to focus on her family, why? Are men given more brains than women? Is responsibility some specific skill that only men can perform well?

Now, imagine the same strict patriarchal behavior from your workplace! A place which is supposed to thrive on your confidence, your strength and especially you!

This lawyer shared a photo from his office diary by Punjab Bar Council; dated “6th October 2018” and this is what is read on its first line

This is a quote from the official diary of the Punjab Bar Council. The casual sexism and misogyny that female lawyers in Pakistan face is on display. All such quotes should be removed at once. pic.twitter.com/fwSzkrbXGE

Upon seeing this, another lawyer saw this diary and posted another sexist statement written on the official diary!

Another female law teacher shared the photo from the diary of the page from next year!

Well, Hassan who posted the photo first shared that after his tweet  Punjab Bar Council has taken notice!

Yes. Punjab Bar Council has taken notice of it as well

“Zarurat sy ziada” is a term that anyone can exercise according to their needs!

How do we translate “zarurat se ziada azadi?” Shameful when the world talks about animal rights, we cant even give women rights to be free.

Qoum is men? Or women are also part of it and yet are not free or only misogynistic women have the authority to be part of that qoum who can or cannot give azaadi to women? Confused people, if u dislike women so much just say men, own ur sexism, y bring the whole nation into it.

Yes double checked my office diary after @HNiaziii posted it. I have been told that the Punjab Bar Council has taken notice of it and has said that they would take appropriate stuff to fix the problem whatever that means

Such behavior will never let any woman prosper, let alone creating a safe work environment for them. No wonder women lawyer have faced such blatant sexism in past and are still facing, women like Asma Jahangir and Khadija are examples of they never shook and always stood tall! Cheers to these women!